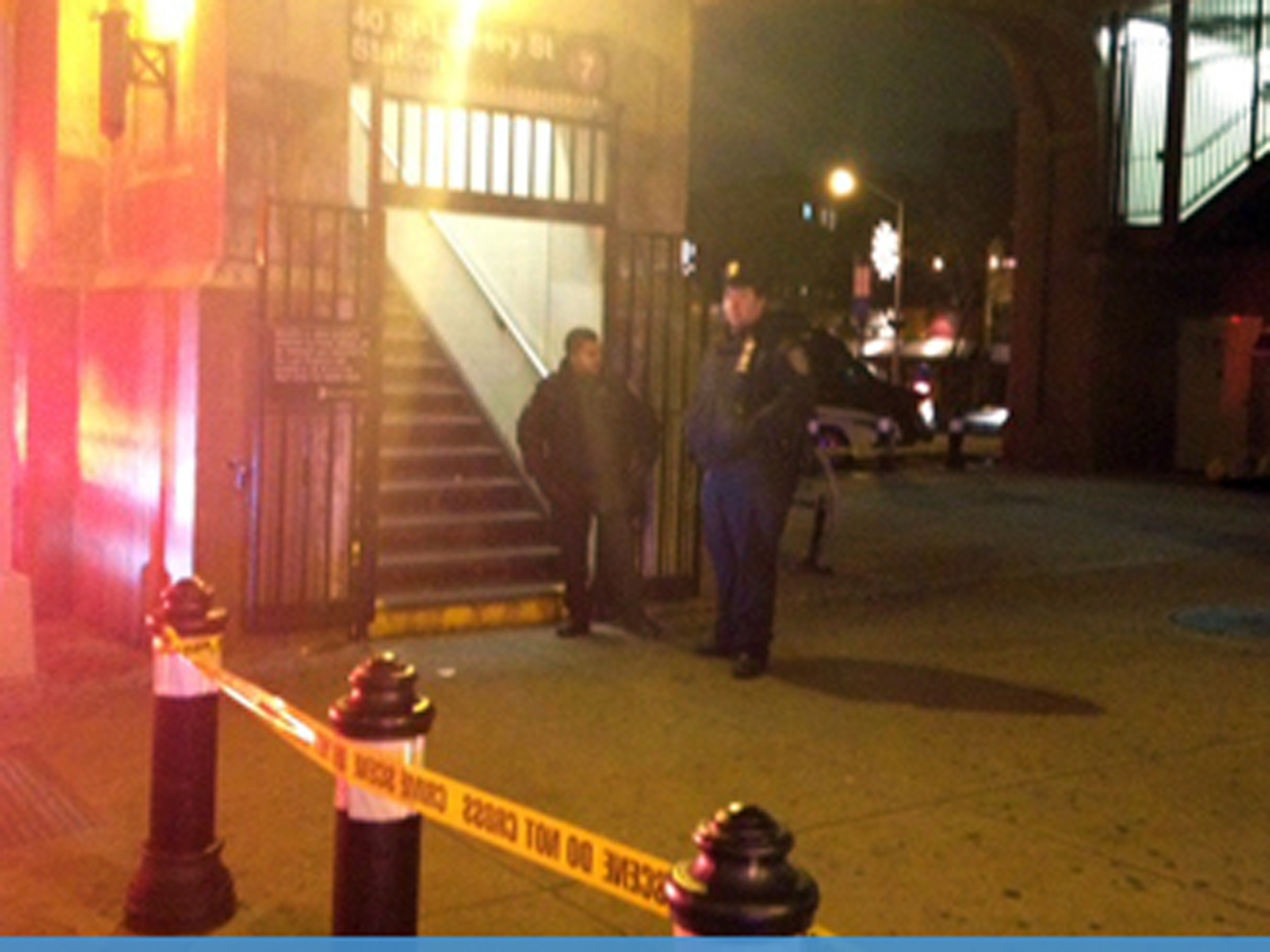 NEW YORK A mumbling woman pushed a man to his death in front of a subway train on Thursday night, the second time this month someone has been killed in such nightmarish fashion, police said.

The man was standing on the elevated platform of a 7 train in Queens at about 8 p.m. when he was shoved by the woman, who witnesses said had been following him closely and mumbling to herself, New York Police Department chief spokesman Paul Browne said.

When the train pulled in, the woman got up from a nearby bench and shoved the man down, he said. The man had been standing with his back to her.

It didn't appear the man noticed her before he was shoved onto the tracks, police said. The condition of the man's body was making it difficult to identify him, police said.

The woman fled, and police were searching for her. She was described as Hispanic, in her 20s, heavyset and about 5-foot-5, wearing a blue, white and gray ski jacket and Nike sneakers with gray on top and red on the bottom.

It was unclear if the man and the woman knew each other or if anyone tried to help the man up before he was struck by the train and killed.

There was no video of the incident at the station on Queens Boulevard in the Sunnyside neighborhood. Detectives canvassed the neighborhood for useable video.

On Dec. 3, 58-year-old Ki-Suck Han was shoved in front of a train in Times Square. A photograph of him on the tracks a split second before he was killed was published on the front of the New York Post the next day, causing an uproar and debate over whether the photographer, who had been waiting for a train, should have tried to help him and whether the newspaper should have run the image. Apparently no one else tried to help up Han, either.

A homeless man, 30-year-old Naeem Davis, was charged with murder in Han's death and was ordered held without bail. He has pleaded not guilty and has said that Han was the aggressor and had attacked him first. The two men hadn't met before.

Service was suspended Thursday night on the 7 train line, which connects Manhattan and Queens, and the Metropolitan Transportation Authority was using buses to shuttle riders while police investigated.

Being pushed onto the train tracks is a silent fear for many of the commuters who ride the city's subway a total of more than 5.2 million times on an average weekday, but deaths are rare.

Among the more high-profile cases was the January 1999 death of aspiring screenwriter Kendra Webdale, who was shoved by a former mental patient. After that, the state Legislature passed Kendra's Law, which lets mental health authorities supervise patients who live outside institutions to make sure they are taking their medications and aren't threats to safety.