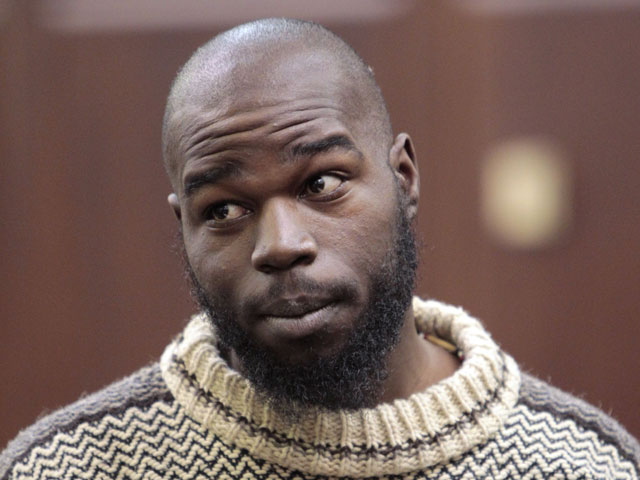 (CBS/AP) NEW YORK - Naeem Davis, the homeless man accused of intentionally pushing a Queens father to his death in front of an oncoming New York City subway train, was indicted by a grand jury Tuesday.

Davis has been charged with the murder of 58-year-old Ki-Suck Han earlier this month. Police say the 30-year-old suspect watched the train strike Han before leaving the subway station, located near Times Square.

During a jailhouse interview with the New York Post, Davis said he was high on drugs during the tragic incident and trying to combat voices in his head. He claimed that Han had grabbed his arm and threatened him and that he was coaxed into shoving Han by voices in his head that he couldn't control.

Davis told the newspaper he didn't attempt to pull Han to safety because "it happened so fast" and he was "under the influence."

He says he didn't mean to kill Han.

Davis' lawyer has suggested his client acted in self defense because Han was drunk, according to CBS New York. He has also said that Han may have been the aggressor.

Davis was reportedly known by some in the area as someone who assisted sidewalk vendors. Others described him as a panhandler who seemed mentally disturbed and was seen talking to himself.

Han was a citizen of Korea living in Elmhurst, Queens, with his wife and daughter. Police said he had come to Midtown to renew his passport.

Complete coverage of the NYC pushing death on Crimesider