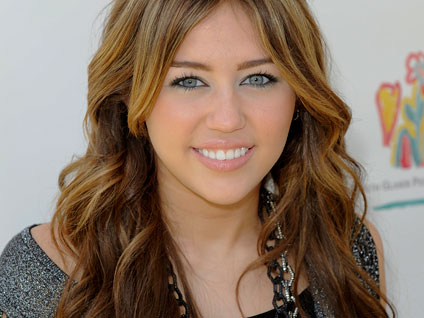 The U.S. military on Saturday announced its second investigation in a week into allegations of prisoner abuse in Afghanistan, amid growing demands from rights groups for secretive U.S.-run jails across the country to be opened for outside scrutiny.

Army spokesman Lt. Col. Tucker Mansager gave few details of the latest allegations, which follow complaints earlier this week from an Afghan police officer who said he was beaten and sexually assaulted during 40 days in custody last summer.

"On Thursday, coalition leaders were notified of another allegation of detainee abuse. Upon notification coalition forces launched an immediate investigation," Mansager said at a press conference in the capital Kabul.

He said the detainee was arrested last year and had since been released. He did not divulge who provided the information that prompted the new probe.

Human Rights groups have long complained of consistent allegations of abuse in American holding facilities across Afghanistan, where hundreds of suspected Taliban and al Qaeda fighters have been held without legal access or charge. The U.S. military classifies some of them "unlawful combatants." Many have been transferred to Guantanamo Bay, Cuba.

The scandal over abuses at Abu Ghraib prison in Iraq appears to have spurred the military into a quick response to the recent reports of mistreatment in Afghanistan.

On Monday, the U.S. military opened a criminal investigation into complaints of mistreatment by the Afghan police officer, Sayed Nabi Siddiqui, after his graphic account of his detention was published in the media.

Siddiqui told The Associated Press that he was punched, stripped naked and had objects inserted in his anus in three U.S. holding facilities - before being released without charge.

Human Rights Watch on Thursday said his case fit a pattern and called for U.S. holding facilities in the country here to be opened to outside scrutiny. It claimed prisoners in U.S. custody suffered "systemic" mistreatment.

The U.S.-based rights group also urged the United States to finally clear up the deaths of three Afghans in custody since late 2002.

Military autopsies have ruled two deaths of prisoners at the main coalition base at Bagram in December 2002 were homicides caused by blunt force injuries, but the military has yet to announce the findings into its investigation, which is ongoing.

Nor is much known about the death of a third prisoner in eastern Kunar province in June 2003. A U.S. intelligence official has said that the CIA inspector general is investigating that death because it involved an independent contractor working for the agency.

Lt. Gen. David Barno, the top U.S. general in Afghanistan, said Tuesday that the military made "very significant changes" to its prison regime in early 2003 in the light of alleged abuses, including the prisoner deaths, and was transferring prisoners more quickly from outlying jails to the main one at Bagram, north of Kabul.

"Coalition forces are committed to ensuring all the detainees are treated humanely and consistent with international law," Mansager said Saturday.

Officials from the International Committee of the Red Cross visit the Bagram prison, but their reports are not made public and they have no access to holding facilities elsewhere in Afghanistan.

Separately, the U.S. military said Saturday that an explosive planted on a road in southeastern Afghanistan severely wounded a U.S. soldier.

The soldier was traveling in a convoy of U.S. military vehicles southeast of the Zabul provincial capital of Qalat on Thursday when an improvised explosive device detonated, U.S. military spokesman Tucker Mansager told a news conference.

The soldier was sent to the U.S.-led coalition headquarters at Bagram, north of Kabul, for medical treatment.

The spokesman gave no further details, including the identity of the injured soldier.

Also Saturday, a U.S. convoy on patrol was attacked in southern Helmand province, an Afghan official said. Mohammed Wali, spokesman for the governor of neighboring Kandahar province, said that U.S. and Afghan forces were hunting for the unidentified attackers.

He had no information about any soldiers killed or injured in the attack in Helmand's Musa Qala district.

Some 20,000 coalition forces are in Afghanistan to fight supporters of al Qaeda and the former Taliban regime.