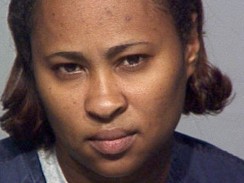 (CBS/AP) MILWAUKEE - A Milwaukee woman was convicted Thursday of killing a pregnant woman and trying to steal her full-term fetus.

A jury of six men and six women deliberated for about an hour before convicting Annette Morales-Rodriguez, 34, of two counts of first-degree intentional homicide in the October 2011 deaths of a mother and her fetus.

Morales-Rodriguez faces a mandatory life sentence when she is sentenced Dec. 14, although a judge could allow for the possibility of parole. Wisconsin does not have the death penalty.

Prosecutors said Morales-Rodriguez faked a pregnancy, panicked as her supposed due date approached and then lured 23-year-old Maritza Ramirez-Cruz to her house. There, she attacked her and used an X-Acto knife to cut the fetus out, according to the criminal complaint.

Ramirez-Cruz died of blood loss and asphyxiation, and her fetus, a boy, died as a result of her death, authorities say.

Morales-Rodriguez's defense attorneys didn't deny that she attacked Ramirez-Cruz. But they argued that the deaths of the mother and fetus weren't intentional because Morales-Rodriguez didn't intend for anyone to die.

In a videotaped interview, Morales-Rodriguez explained to investigators that she was desperate to give her boyfriend a son but that she couldn't "stay pregnant." She described how she went to a Hispanic community center and found Ramirez-Cruz, a mother of three who was in her 40th week of pregnancy.

Morales-Rodriguez told police she bashed Ramirez-Cruz in the head with a baseball bat, then choked her until she passed out. She said she then put duct tape over the younger woman's eyes and nose and wrapped a plastic bag around her head. She then used a small blade to slice the victim open from hip to hip and pulled out a stillborn boy, Morales-Rodriguez said in the videotape.

She then called 911, telling a dispatcher she had just given birth to a baby who wasn't breathing.

In the ensuing investigation and autopsy, a medical examiner found evidence that the baby wasn't the product of a natural birth. A subsequent examination verified Morales-Rodriguez hadn't given birth.

Police later found Ramirez-Cruz's body in Morales-Rodriguez's basement, according to the criminal complaint.