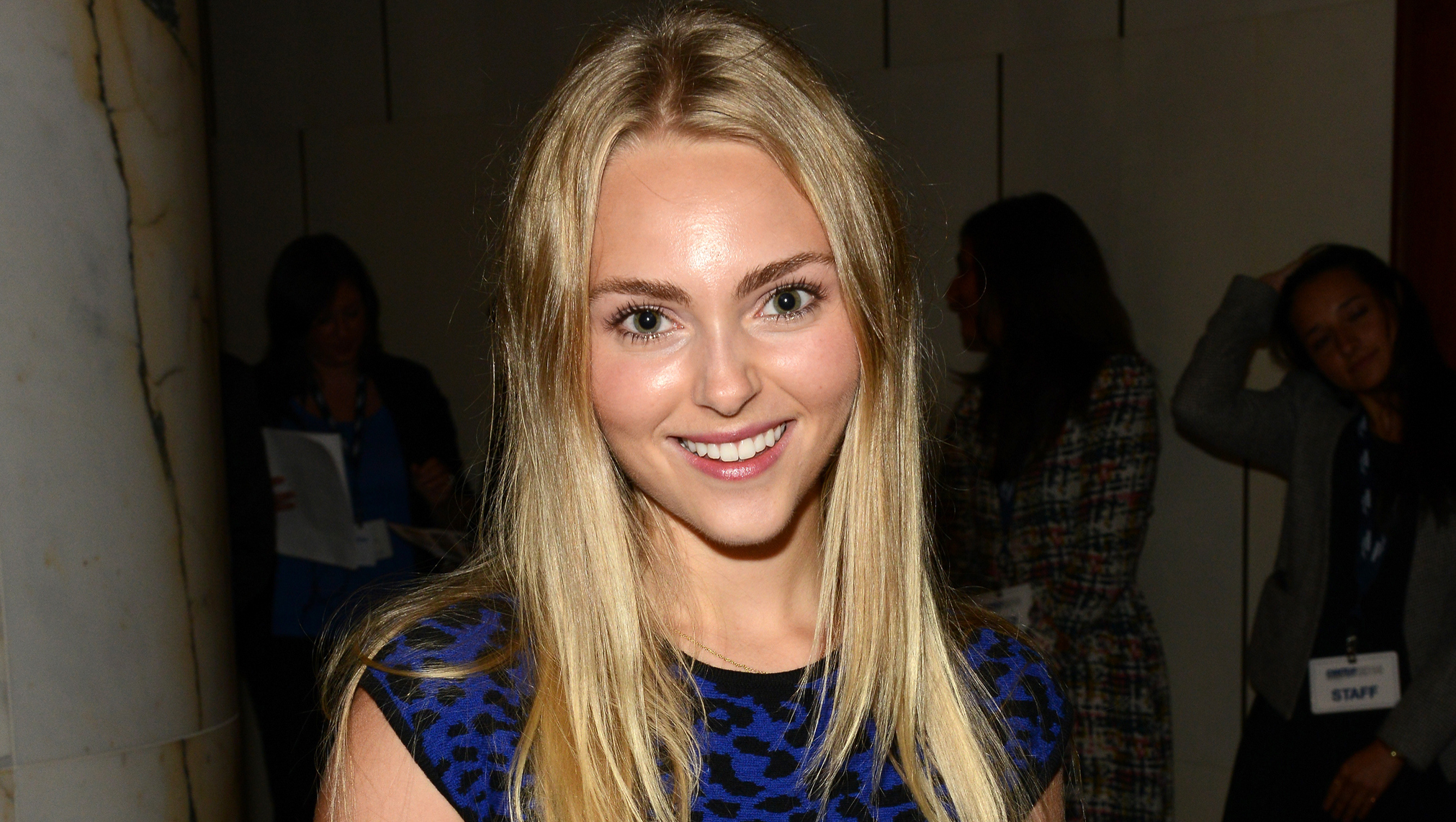 AnnaSophia Robb recently began her first semester at New York University. As a freshman, she's unsure about her major right now -- she's still "figuring that out." But one thing she does know is that so far she loves both college and New York City.

"My education has always been really important to me," said the 20-year-old actress and star of the films "Bridge to Terabithia," "Race to "Soul Surfer" and "The Way Way Back." "It's something I get really excited about. I love going to class, reading articles. I know I can do that by myself, but there's something special about a classroom. When you're in school, you're around a group of people and you manage to share similar interests....I just like being surrounded by a diverse community...And I fell in love with New York."

Prior to enrolling in NYU, Robb had been starring in "The Carrie Diaries," a prequel to "Sex and the City," which ran for two seasons on The CW before getting canceled in May. The show followed Carrie Bradshaw during her junior year of high school in 1984 as she explored life in New York while interning at a law office. It marked Robb's first time starring as the main character of a television series.

"I loved it. We had a fantastic cast and such an awesome crew. I really learned and felt like I grew so much. The schedule was very different from a movie," she noted. "I knew in general about my character but I didn't know exactly what's going on, which is always a little scary. I would just roll with the punches...It's a slower transformation for the character. But I loved everything about it."

She's open to signing on for another TV series if the timing and part are a good fit. "There's so much good TV on right now. It's about finding the right show...and something you can grow into," she said. "Because it's really about a commitment, potentially if the show's a success."

Meanwhile, the Colorado native will next hit the big screen in a couple of movies that have already been shot. One of films, tentatively titled "Conspiracy on Jekyll Island," also features Dianna Agron, Minnie Driver and Maggie Q.

"It's a conspiracy thriller that has to do with the economic crisis. It's a complicated story and it's going to be really cool," she said, adding, "I play the daughter. I'm only in there for a short while, but I do have cancer in the film so I get to wear a bald cap...I got to see myself in such a different way. I have quite a quite long hair so that was a whole physical transformation. I really enjoyed that process."

"I play a young woman who has just gotten out of foster care and is a bit of a con-artist and she winds up being the nanny for a young severely autistic child," she said. "She develops a relationship with the young girl and the family and is finding herself and figuring out her responsibilities."

When she's not making movies or attending class, Robb is very active in the community taking part in several charities, including the Make-A-Wish Foundation and TrueSpark.

"I want to help everybody," she said. "There are so many different issues. Where do I start? I feel like I need commit, but at the same time I realize I can't be 100 percent into everything. So it's nice to lend my support and my voice, which is what I try to do."

One way she's lending her voice is joining the Tom's of Maine annual "50 States for Good" program, which encourages Americans to nominate a nonprofit organization that's making a difference. This year, the company will reward an organization in every state and Washington D.C. with $10,000 in funding for important grassroots projects.

As for what's next? That's unclear.