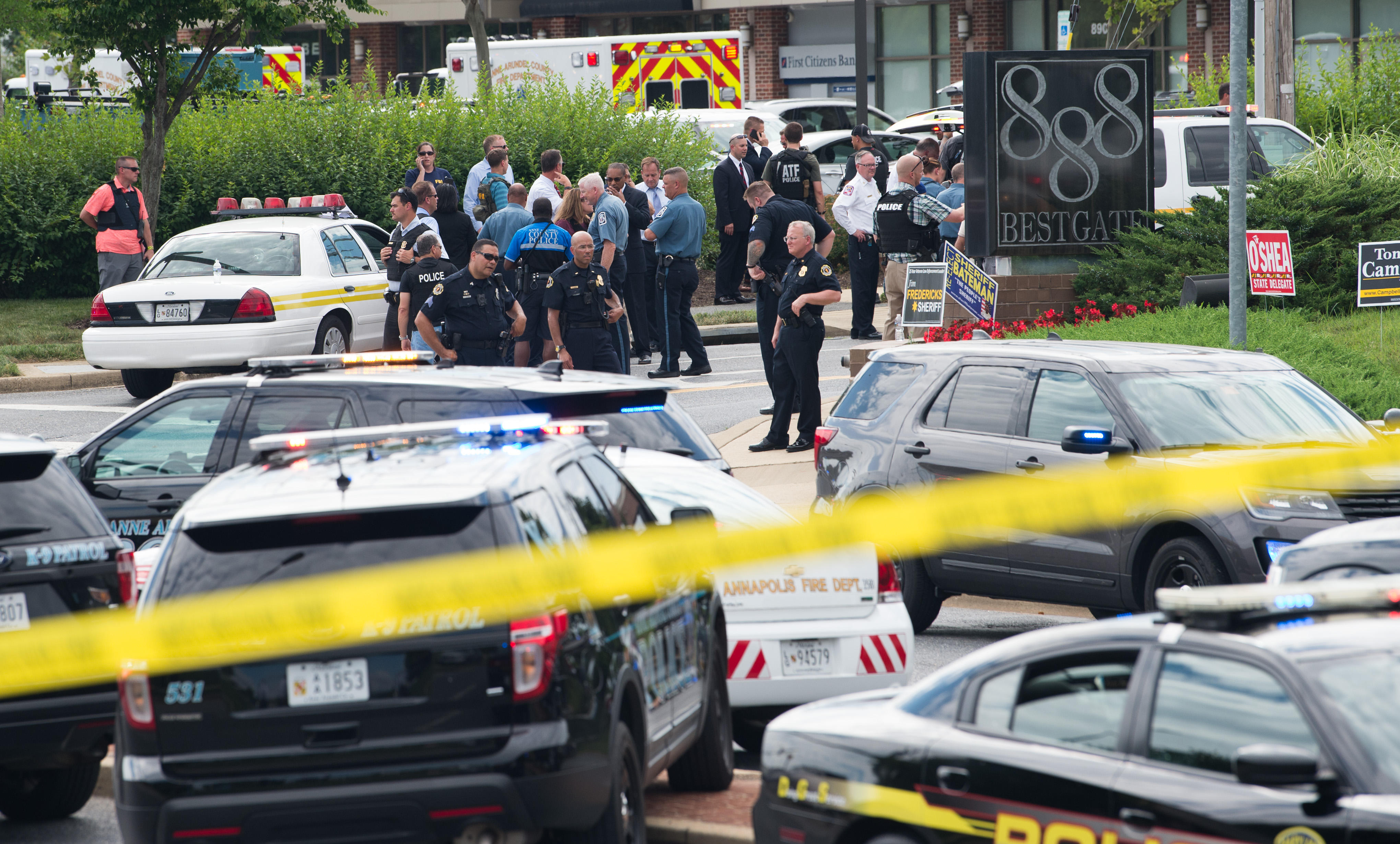 ANNAPOLIS, Md. -- Five people are dead and others are wounded after a shooter opened fire into the offices of the Capital Gazette newspaper Thursday.

The suspect has been identified as 38-year-old Jarrod Ramos, a law enforcement official tells CBS News.

One witness was in an office next door and spoke to local affiliate WJLA-TV.

An intern inside the newsroom began sending desperate tweets immediately after those first shots, saying "active shooter 888, please help us."

Phil Davis, who covers crime for the paper, hid under his desk as he tweeted out a chilling, blow-by-blow account of what was happening inside that newsroom.

"Gunman shot through the glass door to the office and opened fire on multiple employees," he tweeted. "Can't say much more and don't want to declare anyone dead, but it's bad."

Another tweet read: "There is nothing more terrifying than hearing multiple people get shot while you're under your desk and then hear the gunman reload."

Davis told the Baltimore Sun that he, and other staffers, were still hiding under his desk when the shooter suddenly stopped firing. He did not know why he stopped.

People could be seen leaving the building shortly after the shooting with their hands up, as officers from multiple agencies converged on the building in less than two minutes.