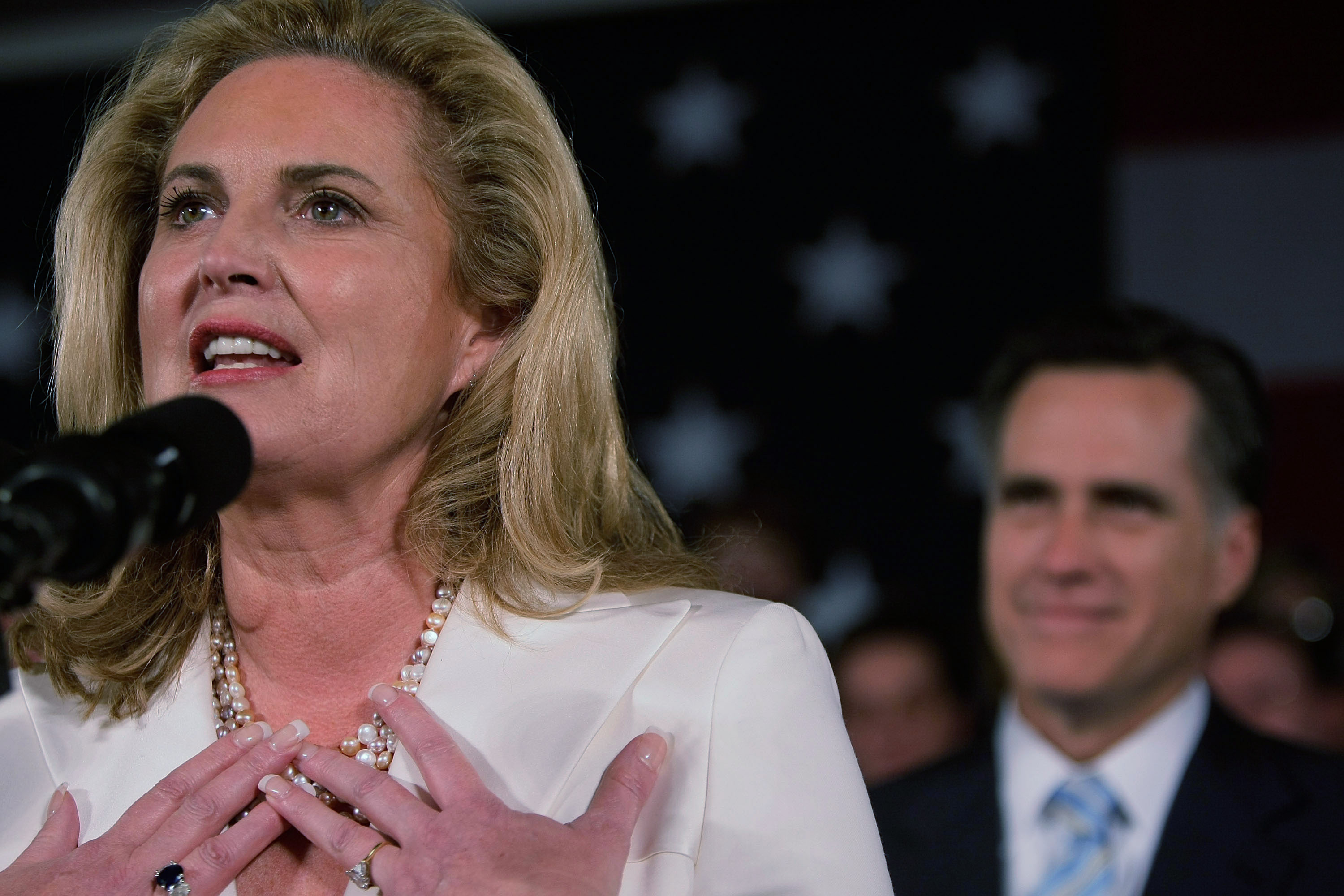 (CBS News) Ann Romney opened up to The Wall Street Journal and USA Today about her struggles with multiple sclerosis and the role the disease has played in the campaign of her husband, presumptive Republican presidential nominee Mitt Romney.

Romney told the The Wall Street Journal she started to feel the effects of MS in the fall of 1998. She said it felt as though "a Pac-Man was attacking. I felt I was being eaten away."

Through treatment and horseback riding - specifically dressage, also known as horse ballet - Romney has been able to stay active and assist her husband on the campaign trail. She told USA Today she found a Stephen Colbert skit making fun of the sport "hilarious," and even she knows how ridiculous it looks at times. "You have to understand, we all laugh at the sport, too."

Romney said that despite the treatment and horseback riding, she has still had her struggles during the often-grueling political process.

Following her husband's failed attempt to win the Republican presidential nomination in 2008, Romney told USA Today she gave him a homemade video of her saying, "Guess what? I'm never doing this again."

"I gave it to him, and he kind of paused and looked at me," she told the newspaper. "And then he goes, 'That's what you said after every pregnancy.' "

As was the case with the five Romney sons, this 'never again' feeling was short lived.

More recently, Romney had a scare following Super Tuesday on March 6, when according to USA Today, "she collapsed, falling 'flat on my behind,' her ability to speak and move impaired." Romney knew she had pushed her body too far and would need to give her herself time to rest and recover.

Those around the campaign say that when Ann Romney is able to join her husband at campaign events, the presumptive nominee is much more relaxed.

"It's something we weigh all the time. He's just a better candidate when she's around," a senior official told Politico in April.

Romney noted to USA Today that while she may not have monetary struggles, she does have her own battles.

"I do not have financial challenges, but I do have challenges, and all of us have challenges in life. For me, having this kind of serious health challenge has made me more compassionate, more understanding of those who are struggling," Romney told USA Today.