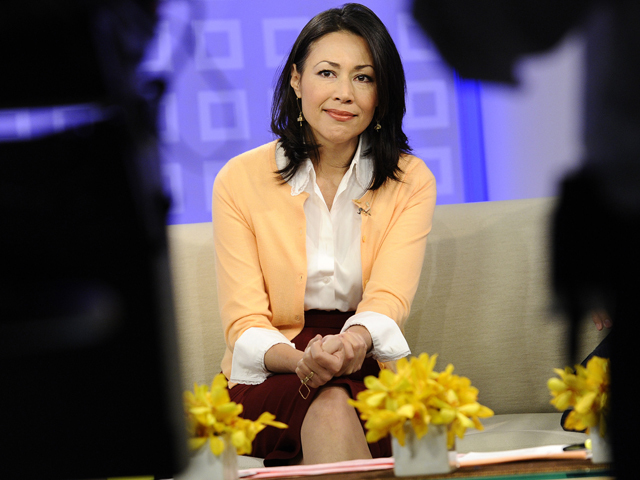 Curry's last day today comes after only one year at the post.

In what became a very tearful and emotional goodbye, Curry said she had been so grateful for the opportunity. "We often call ourselves a family, but you are the real "Today" show family," Curry told viewers.

"I'm sorry I couldn't carry the ball over the finish line, but, man, I did try," a teary-eyed Curry said with her voice cracking. She apologized, too, seemingly for getting so upset during the announcement.

Curry, who started as the show's news anchor in 1997, replaced Meredith Vieira last June as Matt Lauer's partner. Lauer agreed to a long-term contract this spring to stay with the show.

Although she's saying goodbye to "Today," Curry will stay with the network. She signed a new multi-year contract that will find her heading up a seven-person staff and covering stories and specials across NBC platforms, including "Dateline," "Rock Center" and "Today."

"They're giving me some fancy new titles, which essentially means I'll get tickets to every story we want to cover with a terrific team of my choosing," she revealed.

Curry confirmed the change earlier to USA Today, revealing, "You know, Matt and I have had great on-air chemistry for 14 years, been part of the No. 1 winning team for a history-making number of years. That said, I just finished my freshman year as co-host. In every single co-host's first year, there have been kinks to be worked out, and perhaps I deserve as much blame for that as anyone."

"Today" lost in the ratings this spring for the first time since 1995.

"I know I am not to blame for the ratings worries," Curry told USA Today. "And my bosses have said to me there are many factors involved."

She announced the news a week after reports leaked about her pending departure. Curry told USA Today she didn't know who was behind the leaks but that it "hurt deeply."

NBC's Savannah Guthrie is expected to replace Curry, though no announcement has been made yet.

Tell us: What do you think about Ann Curry's departure?