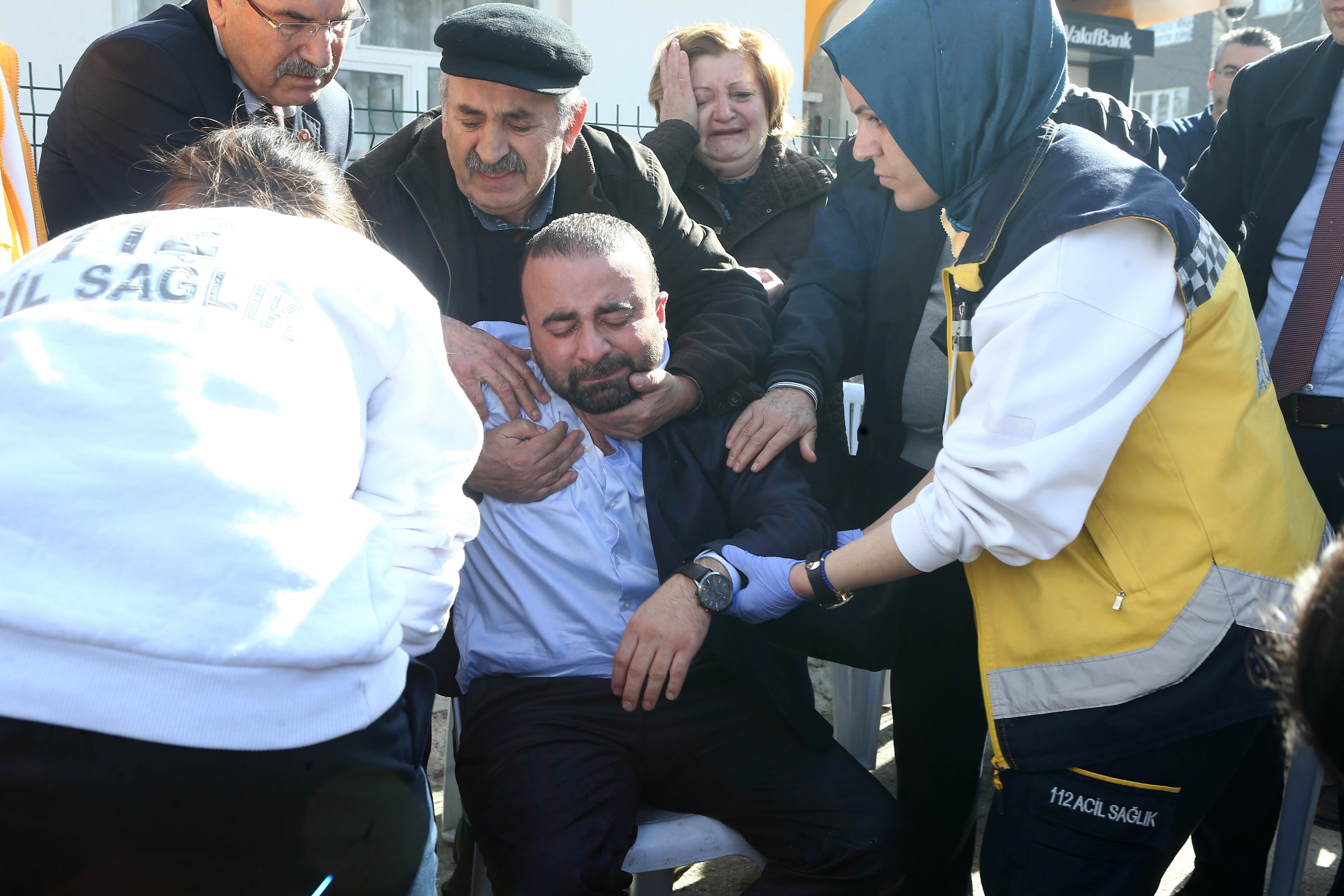 ANKARA, Turkey -- Turkey's leaders on Thursday blamed top enemies, including Kurdish militant groups in Turkey and in Syria as well as the Syrian government, for the suicide bombing in Ankara and vowed strong retaliation against the perpetrators, threatening to further complicate the Syria conflict.

The rush hour car-bomb attack on Wednesday evening targeting buses carrying military personnel killed 28 people and injured dozens of others as Turkey grapples with an array of issues, including renewed fighting with the Kurdish rebels, the threat from Islamic State militants and the Syria refugee crisis. The blast was the second deadly bombing in Ankara in four months.

The attack came as Turkey had been pressing the U.S. to cut off support to the Kurdish Syrian militias, which Turkey regards as terrorists because of their affiliation with the PKK. The U.S. already lists the PKK as a terror group. But Washington relies heavily on the Syrian Democratic Union Party, or PYD, and its military wing, the People's Protection Units, or YPG, in the battle against the Islamic State group and has rejected Turkish pressure.

Turkish artillery has been shelling PYD and YPG positions along its border in Syria, apparently concerned by a series of recent gains by the militias in the area. Any Turkish escalation against the PYD is likely to further strain ties with the U.S.

"It has been determined with certainty that this attack was carried out by members of the separatist terror organization together with a member of the YPG who infiltrated from Syria," Davutoglu said, identifying the bomber as Syrian national Salih Neccar, born in 1992.

At least 14 people were arrested since Wednesday in connection with the attacks, President Recep Tayyip Erdogan said, adding that the numbers of suspects detained was likely to increase.

The leader of the main Syrian Kurdish group, Salih Muslim, denied that his group was behind the Ankara attack in an interview with The Associated Press and warned Turkey against taking ground action in Syria.

Erdogan insisted evidence obtained by the Turkish authorities pointed to the group.

"Despite the fact that their leader says they have nothing to do with this, the information and documents obtained by our Interior Ministry and all our intelligence organizations shows that (the attack) was theirs," Erdogan said.

Erdogan said the attack would show the international community the strong links that exist between the PKK and the Syrian Kurdish militias.

"Those who directly or indirectly back an organization that is the enemy of Turkey, risk losing the title of being a friend of Turkey," Davutoglu said in an apparent reference to Washington. "It is out of the question for us to excuse a terror organization that threatens the capital of our country."

Paul T. Levin, head of the Stockholm University Institute for Turkish Studies, told the AP: "it will be interesting to see how the United States reacts because they view the YPG as an ally ... Will they (the United States) shift their view on YPG?"

On Thursday, the ambassadors of the five permanent U.N. Security Council member states were invited separately to Turkey's Foreign Ministry and were being briefed on the attack, a ministry official said. The ambassadors of Germany and the Netherlands as well as the head of the European Union delegation to Turkey were also invited. The official spoke on condition of anonymity because she wasn't authorized to speak publicly on the issue.

The five permanent members are Britain, China, France, Russia and the U.S.

Hundreds of people have been killed in Turkey renewed fighting following the collapse of the peace process since July and tens of thousands have been displaced in large-scale military operations against PKK-linked militants in several urban districts.

Turkey has also been helping efforts led by the U.S. to combat the Islamic State of Iraq and Syria (ISIS) in neighboring Syria, and has faced several deadly bombings in the last year that were blamed on ISIS.

The Syrian war is raging along Turkey's southern border. Recent airstrikes by Russian and Syrian forces have prompted tens of thousands of Syrian refugees to flee to Turkey's border.

Turkey's military, meanwhile, said its jets conducted cross-border raids against Kurdish rebel positions in northern Iraq, hours after the Ankara attack, striking at a group of about 60-70 PKK rebels. The Turkish jets attacked PKK positions in northern Iraq's Haftanin region, hitting the group of rebels which it said included a number of senior PKK leaders, the military said. The claim couldn't be verified.

On Thursday, six soldiers were killed in southeastern Turkey after PKK rebels detonated a bomb on a road linking the cities of Diyarbakir and Bingol as their military vehicle was passing by, the state-run Anadolu Agency reported.

Turkey's air force has been striking PKK positions in northern Iraq since a fragile two-and-a-half year-old peace process with the group collapsed in July, reigniting a fierce three-decade old conflict.

In October, suicide bombings blamed on IS targeted a peace rally outside the main train station in Ankara, killing 102 people in Turkey's deadliest attack in years.