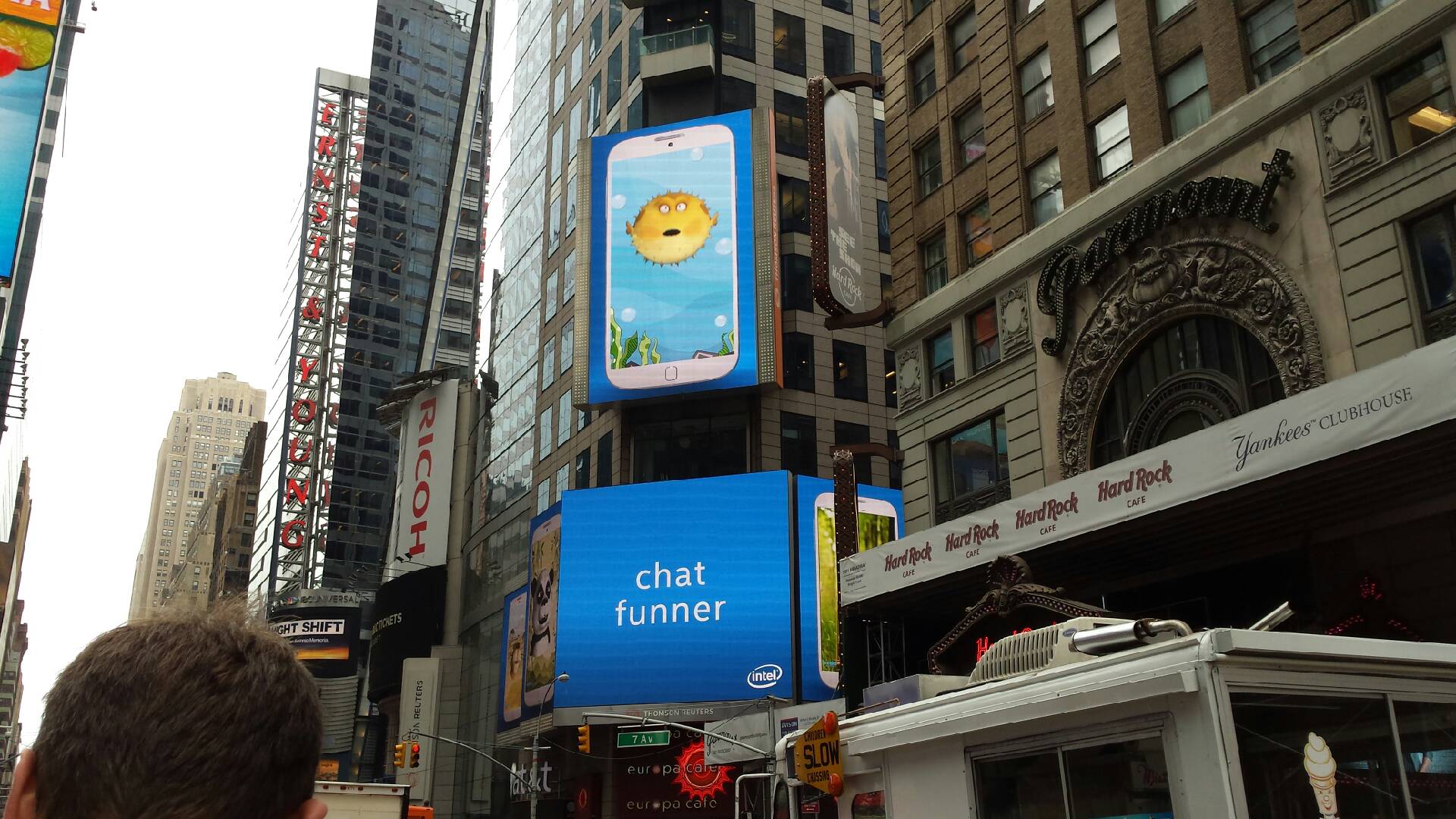 Imagine yourself as a talking giraffe. Or an animated George Washington. Or perhaps you are in the mood to reach out and chat with your friends in the guise of a cartoon fish.

Today, Intel launched a new messaging app called Pocket Avatars that lets you do just that. It is the first messaging app to use standard smartphone and tablet hardware to map your facial expressions onto animated 3D characters.

The software uses a proprietary motion sensing technology to track mouth movements and facial expressions through a device's built-in camera. It fuses those expressions in real time onto an avatar. The end result is your voice speaking from a 3D animated face that mimics your own expressions.

The resulting video message can be shared with other Pocket Avatar users from phone to phone. You can also share it with people who do not have the app, via email or social media.

Intel plans to add more characters to its avatar library over time. At launch, about 20 avatars are free.

According to Intel's press release, the app recognizes 17 different facial expressions including "blinking, raising eyebrows, sticking out a tongue, blowing a kiss and winking." The company says the facial gesture software powering the app "has been in the works by Intel's perceptual computing experts for several years."

Mining For Gold On The Ocean Floor?

Mike Bell, VP and General Manager of Intel's New Devices Group, told CBS News that the app minimized opportunities for privacy violations. "We don't keep any data. No tracking data, no personal data. Nothing that could be used to identify you."

Mitch Marcus, the RCA Professor of Artificial Intelligence at the University of Pennsylvania, says, "I don't know exactly how this particular system works, but systems like this one often detect facial features like eyes, lips, and chin. Similar ideas are used in systems currently deployed in airports for people tracking. Privacy issues around facial recognition are not new. From my point of view you have to trust the privacy guarantees companies offer rather than worrying about the technology itself."

The Pocket Avatar app may seem like an unexpected offering from a company known primarily as a computer chip maker. But Bell says it demonstrates that "not only does Intel make the best chips in the world, but we make great software, too. This project is about the software, not the hardware. We designed it so users will have a great experience on all the platforms we support."