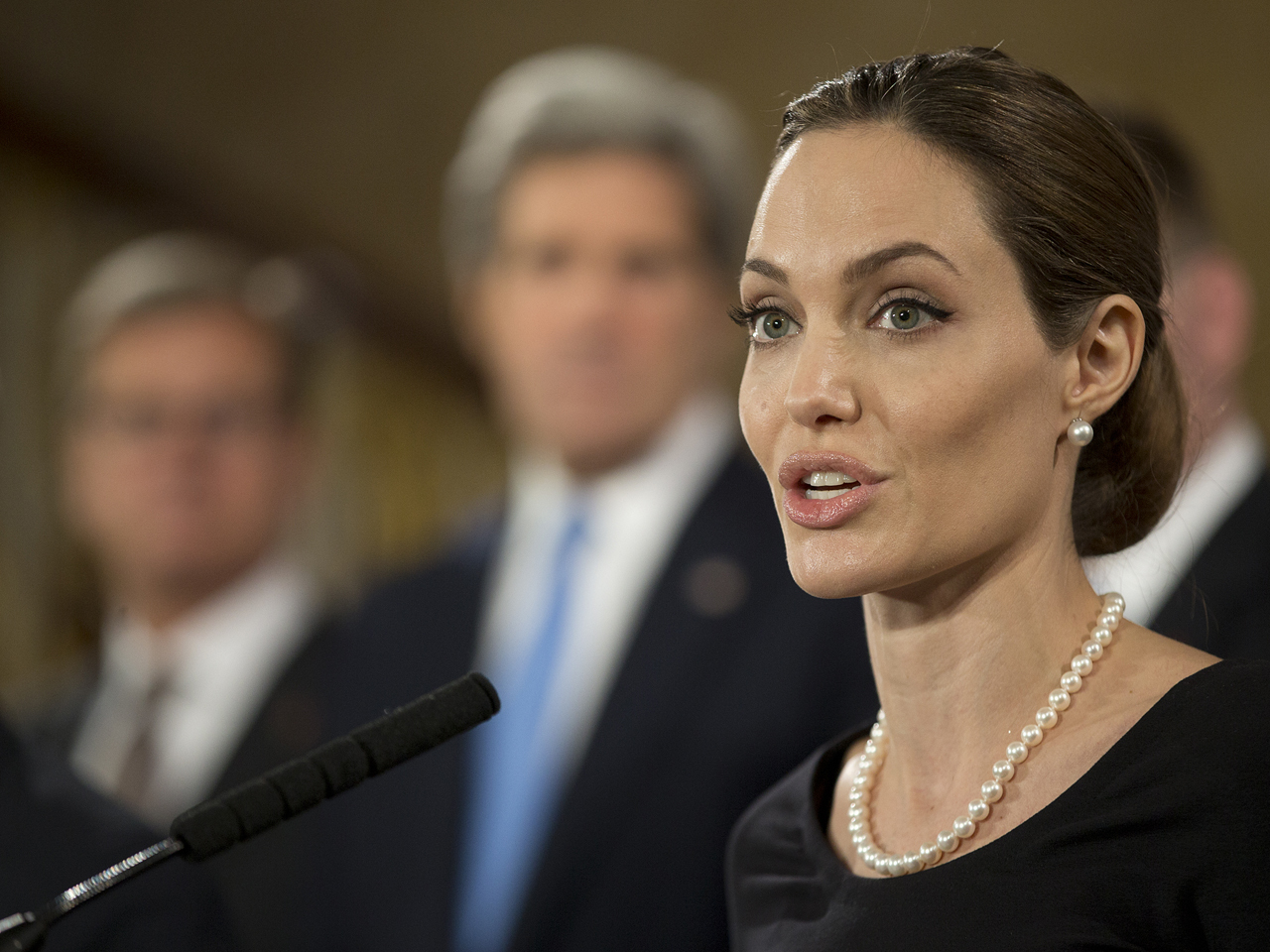 Angelina Jolie brought her star power to London on Thursday to back an urgent cause: fighting sexual violence in military conflicts.

The actress joined British Foreign Secretary William Hague in announcing $36 million in additional funding from G-8 nations to go toward a series of measures for preventing sexual violence and ensuring justice for its survivors.

For too long, Jolie said, survivors of sexual violence have been "the forgotten victims" of wars in the Middle East, Africa and elsewhere.

"Today, I believe that their voices have been heard," she said alongside Hague, U.S. Secretary of State John Kerry and others at a meeting of foreign ministers from G-8 nations.

The British foreign secretary called sexual violence in conflict "one of the greatest and most persistent injustices" in the world and said the time had come to eradicate the scourge of rape in war.

"This in my mind is the slave trade of our generation," Hague said. "Now that we have put war-zone rape on the international agenda, it must never slip off it again and it must be given even greater prominence."

He said the G-8 ministers meeting in London have made the "historic" declaration that rape and serious sexual violence in conflicts constitute war crimes and grave breaches of the Geneva Conventions -- putting responsibility on nations to search for and prosecute anyone accused of such crimes.

Jolie, who serves as a special envoy for the U.N. High Commissioner for Refugees, welcomed the "long overdue stand" on sexual violence, saying that for too long international political will to prevent it has been "sorely lacking."

Sexual violence has been used as a weapon of war in several conflicts, including in Syria, Libya, Bosnia and the Democratic Republic of Congo. Hague said some funding will go toward training military personnel on how to respond to sexual violence, since they are often the first to encounter survivors.

Ministers also pledged to set out international standards for the investigation of rape and sexual violence, as well as to ensure there is no amnesty for sexual violence in peace agreements.

Jolie, a longtime humanitarian, also traveled recently to the Democratic Republic of Congo to campaign against sexual violence in war zones. She also opened a school for girls in Afghanistan, and plans to fund more with proceeds from her jewelry line.