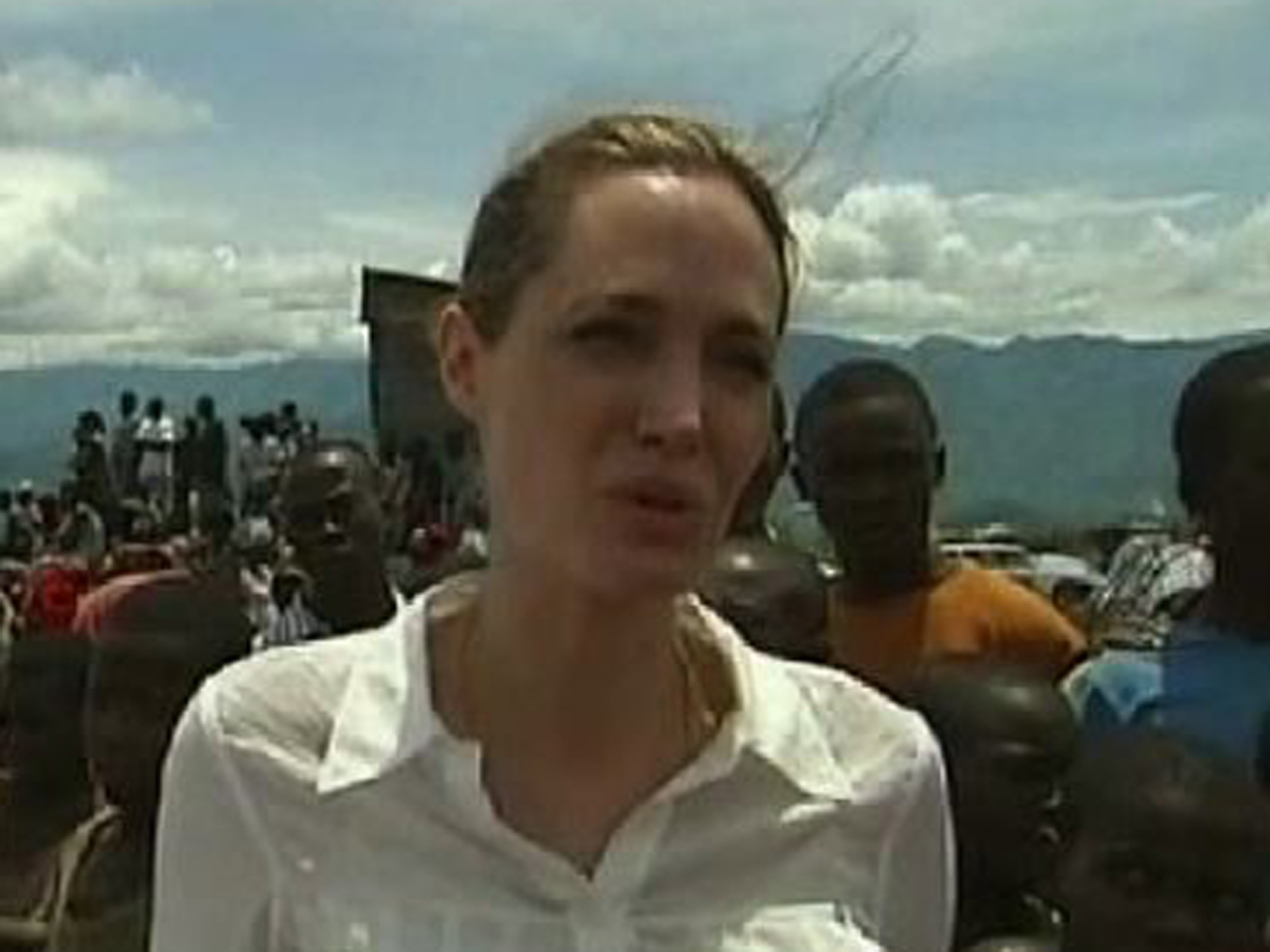 Angelina Jolie has called for an end to the "impunity" of those who carry out rape in warzones during a visit to the Democratic Republic of Congo with British Foreign Secretary William Hague.

Jolie and Hague have been meeting with women and girls in eastern Congo, where sexual violence is rampant and frequently used as a weapon of war by rebel groups, as well as by Congolese soldiers.

Their joint trip comes after they met in London last year and launched the U.K.'s Preventing Sexual Violence Initiative.

"It's been going on in every war, every crisis and it's often an afterthought -- and it's due time to end this, and put an end to impunity, and [the Congolese people] deserve it," Jolie said.

The International Rescue Committee says it has provided care to more than 2,500 women and girls who have been raped or abused over the last year alone. The IRC is handing out kits with flashlights and whistles, as well as cleaning products so that women can avoid bathing at creeks where the risk of assault is higher.

Jolie and Hague visited a refugee camp of about 10,000 displaced Congolese people, where the Oscar-winning actress was quick to note their resilience.

"It's often that we speak about the drama and the pain and the horrors of the Congo but it's also a wonderful place with extraordinary people," Jolie said during her visit to the camp.

Those wishing to help can learn more here.