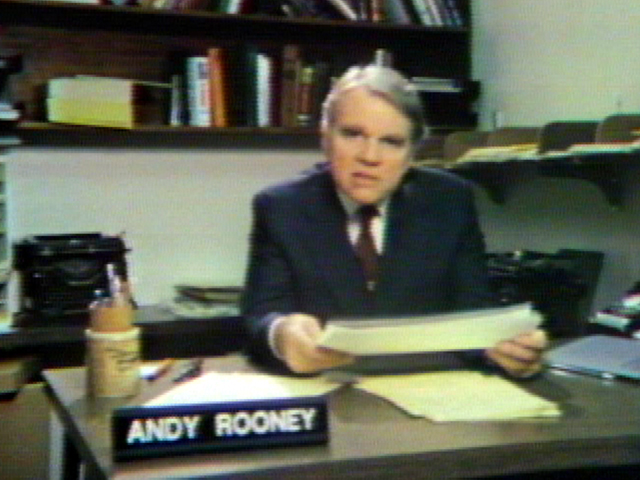 On July 2, 1978, Andy Rooney presented his first essay as a regular contributor in a segment called "Three Minutes or so with Andy Rooney." His commentary was a summer replacement for "Point-Counterpoint" with James J. Kilpatrick and Shana Alexander. By the fall of 1978, "A Few Minutes with Andy Rooney" was a regular feature on "60 Minutes."

How opinionated was Andy Rooney? When Andy passed away recently at the age of 92, he left behind 1,097 essays from his regular 60 Minutes segment, "A Few Minutes with Andy Rooney."

There may be no better way to remember and honor America's favorite curmudgeon -- and our much-missed colleague -- than to take a look at some of those pieces and let Andy, as he always did on 60 Minutes, have the last word.

Even though few of us here at "60 Minutes" can remember a time when Andy wasn't on the show, he had a long reporting and writing career before "60 Minutes." Andy was a newspaper man for "Stars and Stripes" during the World War II; a writer for Arthur Godfrey's variety show and "The Garry Moore Show" in the 1950s; and then he switched to news and public affairs reporting, which included producing pieces for colleague and friend Harry Reasoner.

His very first piece was called "A Digression," but known around the office as "Silhouettes." It was seen on the premiere episode of "60 Minutes" back on September 24, 1968.

Watch "A Digression" by clicking here.

By 1978, he was the Andy many of you probably remember -- a voice of opinion, candor, and humor here at "60 Minutes." As Morley Safer describes his longtime friend and colleague, "he had an axe to grind about almost everything."