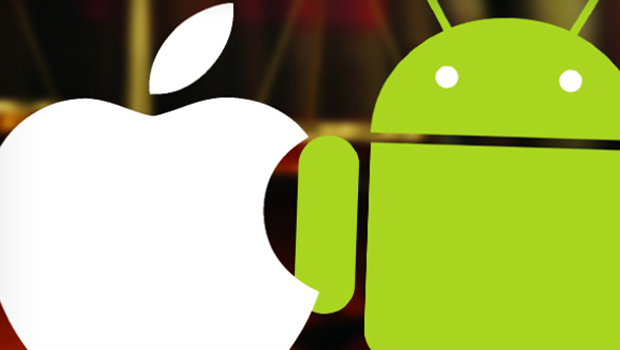 The world is apparently big enough for two tech companies to corner the smartphone market. With over 300 million smartphones shipped worldwide in the second quarter, Apple's iOS and Google's Android make up 96 percent of the global market, according to a new report.

The total number of devices sold last quarter was over 301 million smartphones.

In addition to the two main operating systems, the IDC report also noted that Microsoft sold 7.4 million Windows Phones, making up 2.5 percent of the market, and Blackberry had .5 percent.

The rise of Android has largely been due to manufacturers focusing on emerging markets, notes Ramon Llamas, a research manager at IDC.

More than 58 percent of Android smartphone shipments worldwide cost less than $200 off contract, "making them very attractive compared to other devices," Llamas said in a press release.

Apple's numbers may soon be heading upwards, however. If history is any indication, third quarter numbers may rebound with the expected shipment of the iPhone 6 in the fall.

As for Windows, IDC statistics show that shipments have increased over the last year. However, the research firm believes that app developers will be most driven to iOS and Android, as there may not be any need for developing apps for the less-popular platforms.

"The biggest stumbling block is around getting enough partnerships in play - not just phone manufacturers but also developers, many of which are smaller outfits looking to minimize development efforts by sticking to the two big ecosystems," Melissa Chau, a senior researcher at IDC, said in the press release.