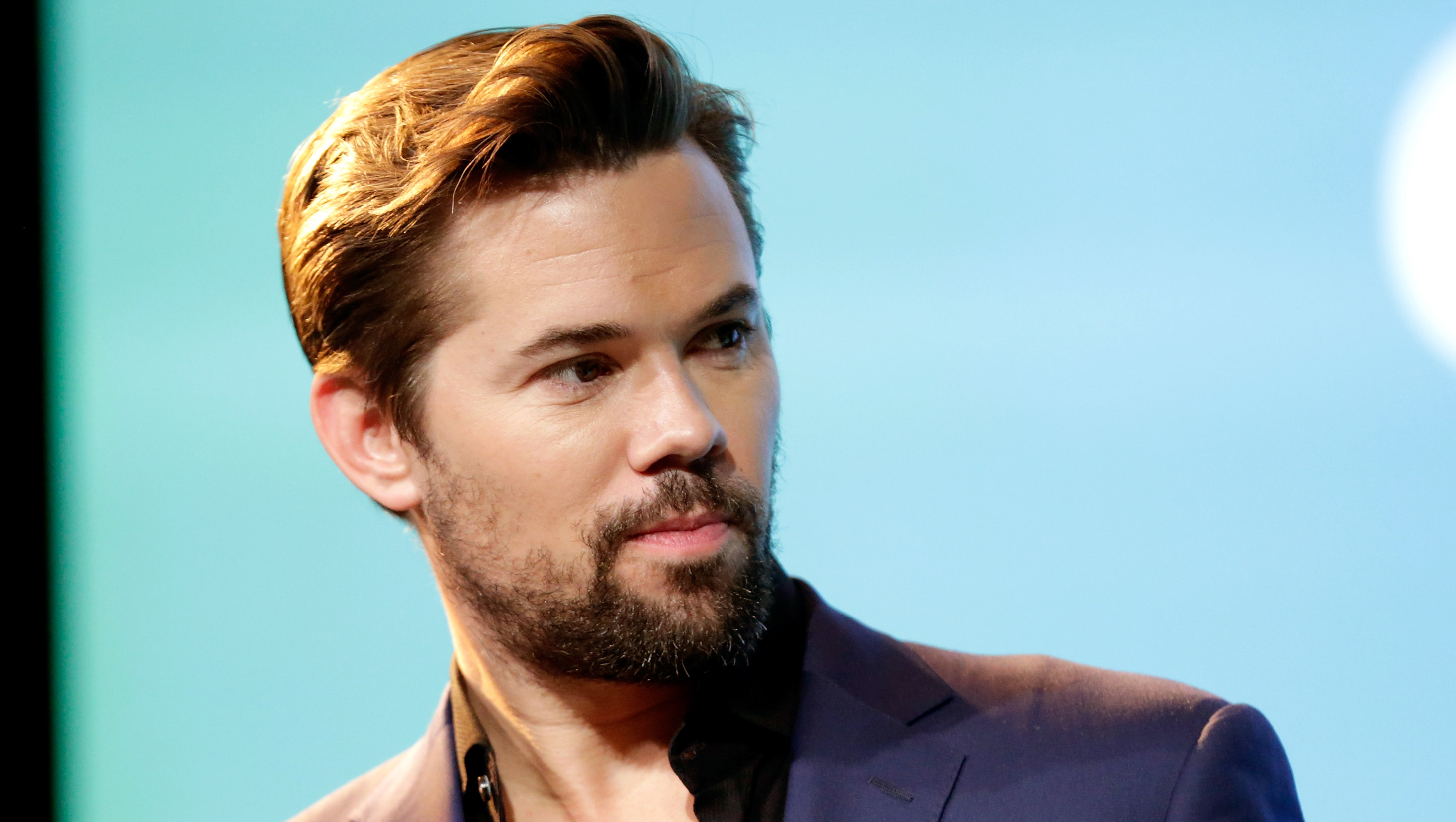 Although your Sunday nights may be accompanied by Lena Dunham and the cast from "Girls" this winter, it's actually been a moment since the members of the hit HBO show have been in the same room together.

That will change Sunday during the 32nd annual PaleyFest LA during the Judd Apatow-hosted panel at the Dolby Theatre at Hollywood & Highland.

"Girls" stars, including Dunham, Allison Williams, Alex Karpovsky and Andrew Rannells, will be on hand for a special screening and to answer questions from the crowd.

The annual, celebrity-filled festival presented by The Paley Center for Media and open to fans, will feature screenings and conversations with the casts of "Girls," "Scandal," "The Good Wife," "Jane the Virgin," "Glee" and "Modern Family," among many others.

"It's been a while since we've all been together, so it will be fun to see everyone," Rannells told CBS News.

The 36-year-old actor, who got his start in theater and starred on Broadway in "The Book of Mormon" and more recently "Hedwig and the Angry Inch," recalled his first day on the set of "Girls." It was his first real TV part -- and he was "terrified." But everyone made him feel comfortable and "extremely welcome." Now a series regular, Rannells is gearing up to shoot season 5 starting in April.

We caught up with the Nebraska native ahead of his appearance at PaleyFest LA to chat about everything from the inner-workings of "Girls" to this weekend's episode, which he calls "fantastic" -- and that new beard he's been rocking lately.

On "Girls" executive producer Judd Apatow: "He's fantastic because he really lets Lena do her thing without getting in her way too much. He's there to sort of guide the process along. I was very fortunate because my first episode of the first season, he was on-set that day, which at the time was terrifying but in retrospect was the greatest thing that could happen because he's so supportive. He does this really great thing where he comes up with different ad-libs and different improvs. So he would come over to me and whisper in my ear and say, 'Say something mean about her outfit.' It's a dangerous game to improv things like that because you actually have to say real things about what the people are wearing."

On what it's like on the "Girls" set: "The scripts are fantastic and we have an amazing team of writers. Within some of those scenes I feel like -- particular for [my character] Elijah -- there's an opportunity to play around a little bit. Lena and [executive producer] Jenni Konner are always very supportive if we get the time to mess around with that....Where there's sort of a run of mean and bitchy things to say, they like to see what I come up with."

On his role in season 4: "I was really happy to be included in that Iowa storyline. No one knew how long that was going to last or what that meant for the rest of us. So it was very exciting."

On development of his character, Elijah: "To say that he grows up is a gross overstatement, but at least he's a little bit nicer and more supportive of his friends -- even in a back-handed way like with Marnie [Williams] in that first episode as she was crying outside on the street about jazz brunch. At least there was a version of kindness there -- it was nice to see a different side of him."

On the realistic nature of "Girls: "I'm a little bit older than the character I'm supposed to be but I spent that time in my early and mid-20s in New York -- just very lost and flailing around. I feel like the amazing thing that Lena and Jenni do is that they hit so hard and so honestly regardless of your age right now or whether or not you lived in New York. There are things that ring true in life -- that sort of middle period where you haven't really sorted it out yet."

On criticism of the show: "We get criticism on the show -- like these characters are so lost, so horrible -- they're so mean to each other. But there's an honesty to that. You sometimes are meanest to your friends. And that is a fact."

On Sunday's (March 8) episode: "It's not one that I'm in, but it's one that when we read it -- I really fell in love with it. Every season we generally do one episode that kind of focuses on one character and we get to step out of the normal world. In the second season [it was] Lena's episode with Patrick Wilson -- and there was that episode last season with Alex Karpovsky where he has that dog and he goes to Staten Island. That was fantastic. This week we sort of focus on Hannah's parents, played by Peter Scolari and Becky Ann Baker, who are incredible actors and so much fun to work with and such great people. This episode of fantastic. It's a really cool insight into where Hannah [Dunham] came from and what her parent's relationship is like."

On what hear hears from fans: "I've been super lucky -- the reaction from viewers has been very positive about the show and about Elijah. People think he's really horrible but very funny. That's always nice to hear."

On PaleyFest LA: "It's nice to check in with folks who are watching it. Twitter is great -- and it's great to get that feedback instantly. I look at it when the show is airing and see what people are saying about the show, but when you have people in front of you asking questions about the characters on the show...and why that happened...that's very exciting. I love these events."

On his new addition: a beard: "I'm still rocking the beard -- I was a little nervous about it. I very fortunately was able to do a few episodes of 'The Knick,' Steven Soderbergh's show that's on Cinemax. It takes place in 1900 in New York and men had facial hair back then so they ask everyone to grow a beard. I feel like a little bit of a poser because you throw a shoe and you hit a gay with a beard now! So I feel like I'm a hipster wannabe. I could just be anyone in Williamsburg."

On guest-starring on the upcoming "Glee" series finale (airing Mach 20): "A few years ago I worked on the show that Ryan [Murphy] created called 'The New Normal' for NBC that was so great. We only lasted the first season, but it was a fantastic experience. And Ryan has always been incredibly generous. So when he asked if I would come join them, I was very happy and proud that he asked me to be a little part of it. I feel like that show -- whether you watch it, whether you don't -- it made a huge impact on young people. Especially kids who felt a little outcast and lost -- not just gay kids, but that age where everybody feels like a loser and not sure where they fit it. I feel like Ryan was able to speak to those kids and give them a lot of hope and a lot of encouragement. I was very proud to be a very tiny part of that finale."

On starring in new movie "The Intern," due out this fall: Nancy Meyers, who directed and wrote 'Something's Gotta Give' and 'It's Complicated'...'Private Benjamin,' she wrote and directed this incredible film with Anne Hathaway and Robert De Niro. I was pretty blown away that I got to be a part of it. It's pretty nuts while doing a scene and you're standing with Robert De Niro. As an actor that's like the craziest thing ever. It's like, 'What the hell am I doing right now? I'm actually speaking to Robert De Niro? This is crazy.'"

On more Broadway roles: "I'm always keeping my eyes out for that. It gets tricky with the TV schedule particularly because 'Girls' films from the spring into the summer when a lot of things open. I was so lucky to do 'Hedwig' last year because it fit into that schedule. Nothing makes me happier than being back in New York and back on Broadway. It's what I moved to New York to do."