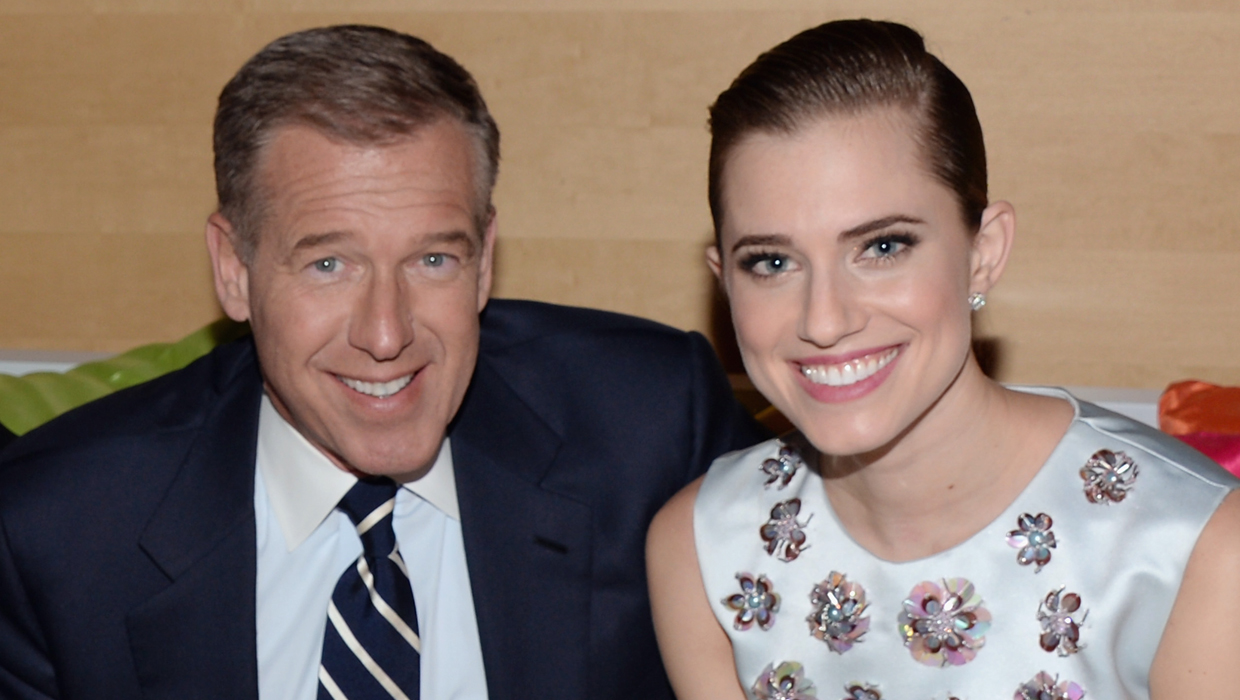 Speaking in an interview with Seth Meyers at New York City's 92nd Street Y, the "Girls" and "Peter Pan Live!" star defended her father and assured audience members he could be trusted.

"This has been a really hard time. We have also been feeling very lucky, counting our blessings. We have our health. We have each other. It's been incredible to experience the outreach from people you love, family, friends, and then people we don't even know, strangers, just reaching out saying we want him back on TV," she said.

Williams added, "It's been tough, though -- obviously toughest on my dad, who's bearing the full burden of responsibility for it."

Brian Williams was suspended from NBC News without pay for six months admitted he'd falsely recounted a story that he was in a helicopter that was hit by ground fire in Iraq in 2003.

"My dad has always been there for us 100 percent of the time, even sometimes before we knew we needed him. And so this, to be here for him, is the least we can do," she explained.

"One thing the experience has not done is shake my trust and belief in him as a man. He's a really good man. He's an honest man. He's a truthful man. He has so much integrity. He cares so much about journalism. And yes, he's a really good dad," she said. "I know you can trust him because, as any good daughter does, I've tested him on that."

Elvis turns 80: 10 fascinating facts about The King
Thanks for reading CBS NEWS.
Create your free account or log in
for more features.
View CBS News In
CBS News App Open
Chrome Safari Continue
Be the first to know
Get browser notifications for breaking news, live events, and exclusive reporting.