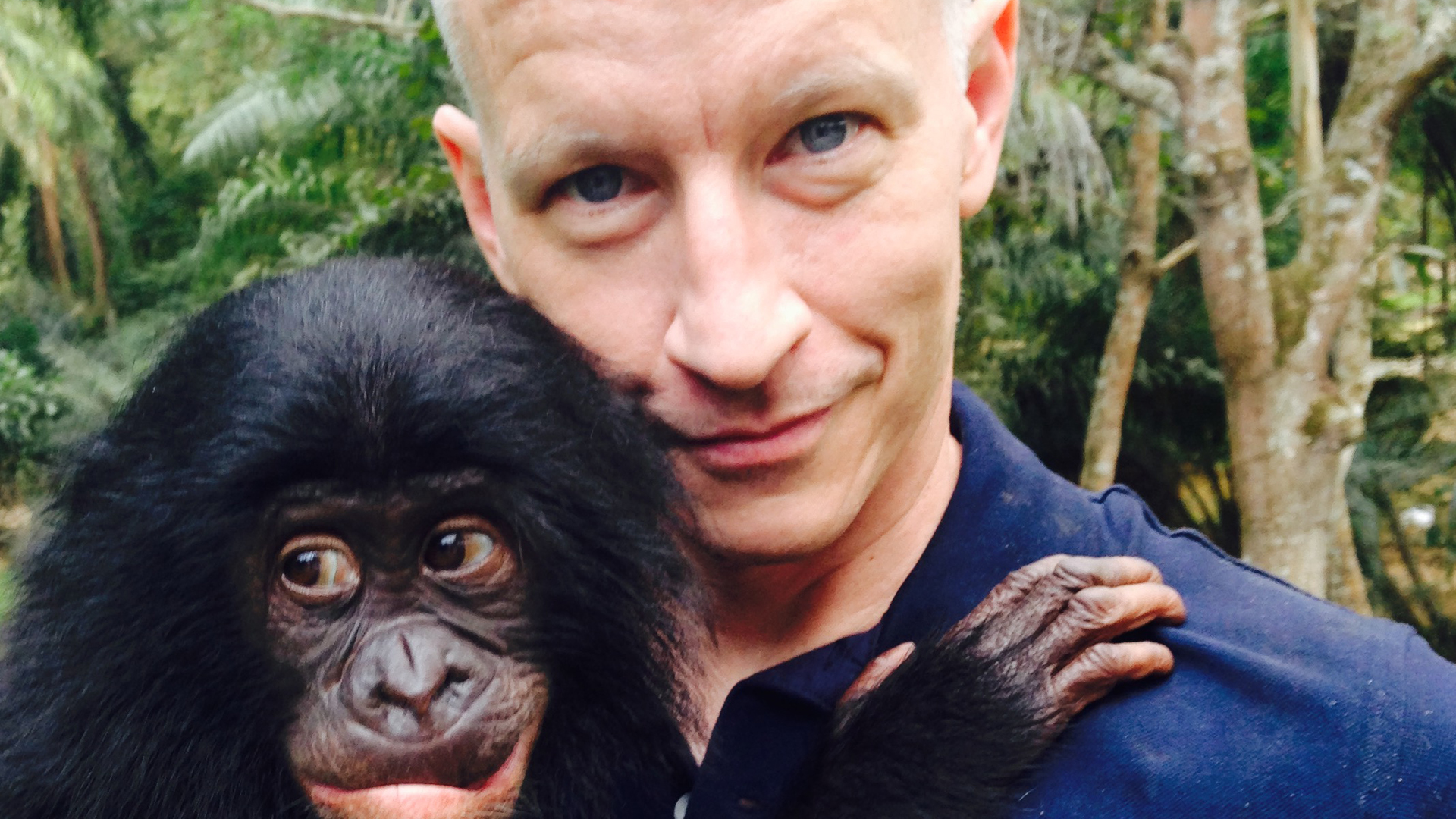 In one of nature's bitter ironies, the most peaceful primate on Earth is being driven to extinction by human behavior. In Democratic Republic of Congo, the only place where bonobos are found, Anderson Cooper visits a preserve that cares for the abandoned young of these great apes, which are treated like human babies by the people who care for them. Cooper's report will be broadcast on 60 Minutes, Sunday Dec. 6 at 7 p.m. ET/PT.

The apes at "Lola Ya Bonobo," which translates to "Bonobo Paradise," are the offspring of bonobos that have died in the wild, either through habitat destruction or at the hands poachers.

Bonobos are extremely intelligent, and can communicate and use tools, just like chimpanzees. But they differ from chimps -- and from humans -- in an unusual way. They have never been known to kill each other. Even over food.

"Chimpanzees get primed for competition, testosterone increases. Bonobos, they get really stressed out," says Brian Hare, an evolutionary anthropologist at Duke University.

Bonobos deal with conflict in a more amicable way; they make love. They do it so frequently, Hare likens it to a handshake. "And if they feel like they're not going to be able to share, they get really anxious, and then that drives them to want to be reassured. And they then happen to have a bonobo handshake to feel better," he tells Cooper.

"They don't really have that darker side," says Hare. "So that's where they could really help us is how could it be that a species that has a brain a third of the size of ours can do something that with all our technological prowess we can't accomplish? Which is, to not kill each other."