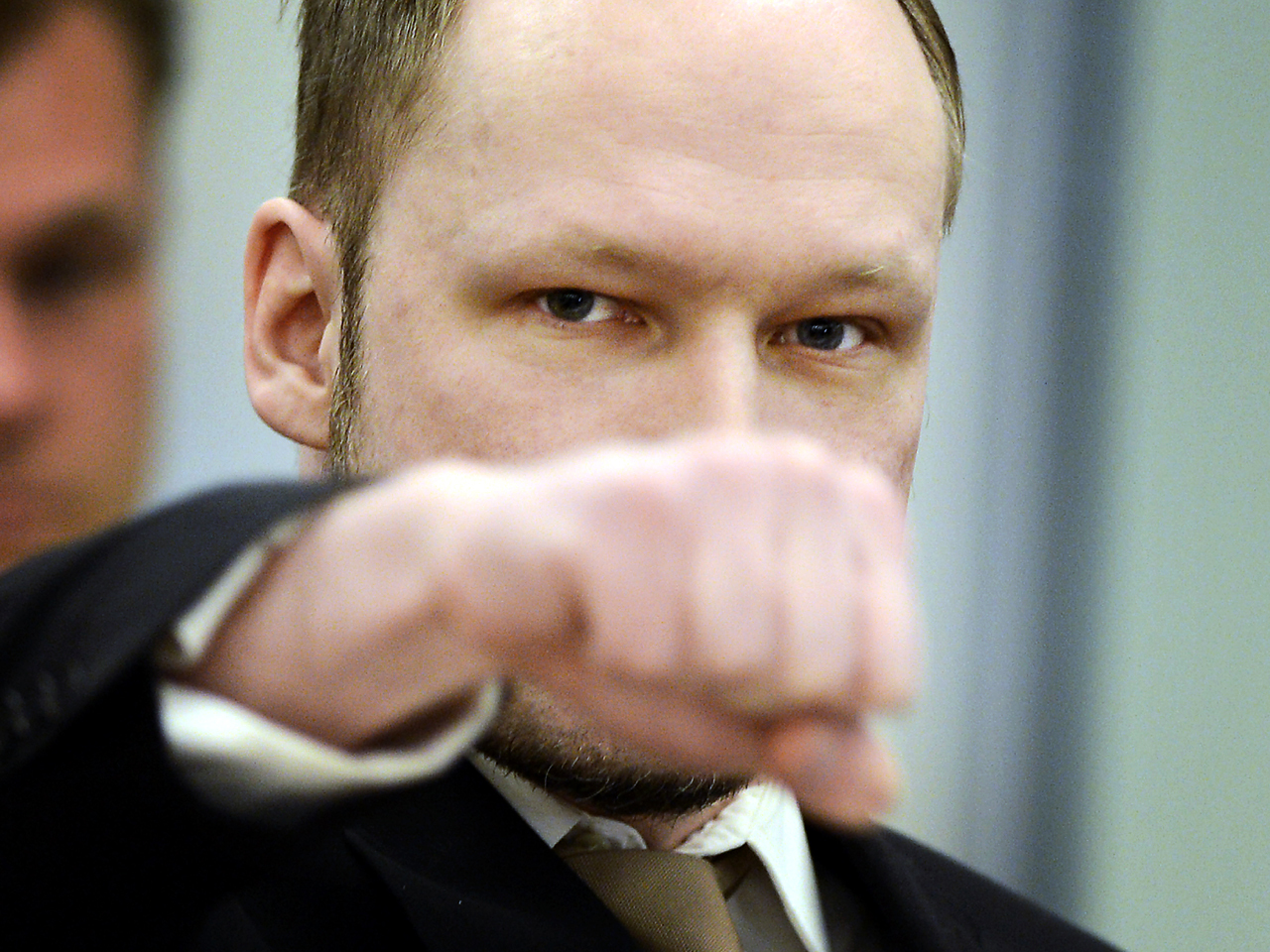 (AP) OSLO, Norway - A citizen judge in the trial of confessed mass killer Anders Behring Breivik was dismissed Tuesday for saying online that the anti-Muslim extremist deserves the death penalty for killing 77 people in a bomb-and-shooting massacre.

Lawyers on all sides requested that lay judge Thomas Indreboe be dismissed for his comments online the day after the July 22 attacks.

Breivik is being tried by a panel of two professional judges and three lay judges, citizens who are appointed for four-year terms and participate on an equal basis as the judges in deciding guilt and sentencing. The system is designed to let ordinary people have a role in the Norwegian justice system, though the lead judge still runs the trial.

As at the start of the trial on Monday, Breivik entered the court smirking before flashing a clenched-fist salute. He will have five days to explain why he set off a bomb in Oslo's government district, killing eight, and then gunned down 69 at a Labor Party youth camp outside the Norwegian capital.

Survivors of the July massacre worry that he will use his testimony as a platform to promote his extremist views. The key issue for the court to decide is whether Breivik is psychotic.

Breivik claimed Monday he acted in self-defense to protect Norway from Muslims by attacking the left-leaning political party he blamed for the country's liberal immigration policies.

Breivik rejected the authority of the court, calling it a vehicle of the "multiculturalist" political parties in power in Norway. He confessed to the "acts" but pleaded not guilty, saying he was acting in self-defense.

Even his lawyers conceded that such a defense was unlikely to succeed, and said the main thing for them was to convince the court that Breivik is not insane.

One psychiatric examination found him legally insane while another reached the opposite conclusion. It is up to the panel to decide whether to send him to prison or compulsory psychiatric care.

Breivik could face a maximum 21-year prison sentence or an alternate custody arrangement that would keep him locked up as long as he is considered a menace to society.