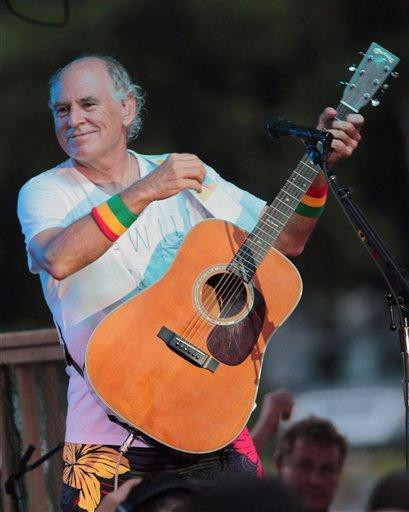 "We are all safe after the earthquake. We are in the forest in Balughat," Ashu, an arrow-wielding Jarawa, said in broken Hindi through an interpreter in a restricted forest area in the northern reaches of South Andaman island.

According to varying estimates, there are only 400 to 1,000 members alive today from the Jarawas, Great Andamanese, Onges, Sentinelese and Shompens. Some anthropological DNA studies indicate the generations may have spanned back 70,000 years. They originated in Africa and migrated to India through Indonesia, anthropologists say.

Government officials and anthropologists believe that ancient knowledge of the movement of wind, sea and birds may have saved the indigenous tribes from the tsunami.

Seven men — wearing only underwear and amulets — emerged from the forest to meet with government officials to say they had all fled to the forest and survived by eating coconuts. The men were all carrying bows and five arrows each and wore colored headbands with leaves.

Two reporters and a photographer for The Associated Press were allowed to accompany government officials to an outpost in the isolated northern region.

Ashu, who said he was in his early 20s, gave his name and those of three others of his tribe as Danna, Lah and Tawai. Like many south Indians, they use only one name.

The men stopped an AP photographer from taking pictures. "We fall sick if we are photographed," Ashu said.

He also did not want to talk about how his people survived the tsunami, which killed 901 people and left 5,914 are missing on the Andaman and Nicobar islands.

Ashu showed off his bow, arrows and a metal box tied around his waist with a thread containing ash with which he smeared his face and forehead during ceremonies.

He gestured with his hands and asked for "khamma" — water in the dialect used by the Jarawas — and drank from a bottle offered to him.

When asked what they typically eat, Ashu said pork and fish caught with their bows and arrows. "And we like honey."

He said tourists sometimes throw packages of cookies at them from buses, but the packaged food upsets their stomachs. "We prefer to eat raw, roasted bananas. Ripe bananas make us sick," he said.

Though friendly, the tribesmen were wary of the visitors.

"My world is in the forest," said Ashu. "Your world is outside. We don't like people from outside."

Jirkatang police have had a love-hate relationship with the Jarawas. In 1997, a year after the tribe made its first-ever contact with government authorities, they stormed the Jirkatang police outpost and shot a guard dead with their arrows. Relations have since improved.

Elsewhere on the remote island chain, bodies still hang from trees and float in water in wiped-out villages on Car Nicobar island, said leaders of the Nicobarese tribe, the largest tribe on the islands.

At a relief center in Port Blair, the capital of the Andaman and Nicobar territories, Robert Henry, 66, the headman of Mus village on Car Nicobar, described the scene 12 days after the tsunami hit.

"Bodies are on the ground, trapped in trees. The blood of dead bodies is floating on the island," said Henry. Thousands of Nicobarese were killed when the tsunami flattened 12 of the island's 15 villages, he said.

Dense forests and tough terrain have made it difficult to penetrate many areas where the Nicobarese died. Returning villagers say horrific sights await relief workers.

"We couldn't stay there because of the stench. We had to evacuate the island," said Henry, who said about 14,000 Nicobarese were without food and water for at least four days.

Other Nicobarese said they had come to terms with destiny.

"We have a lot of emotions inside us, but what is the use if I keep crying all the time?" said Elsie Moses, 23, as she described how the wave flattened her village, killing her brother, grandfather, grandmother and two nieces.

"We saw them go down in the water. It was as if someone was pulling them down," she said, her eyes widening in horror at the memory.

By Neelesh Misra and Rupak Sanyal