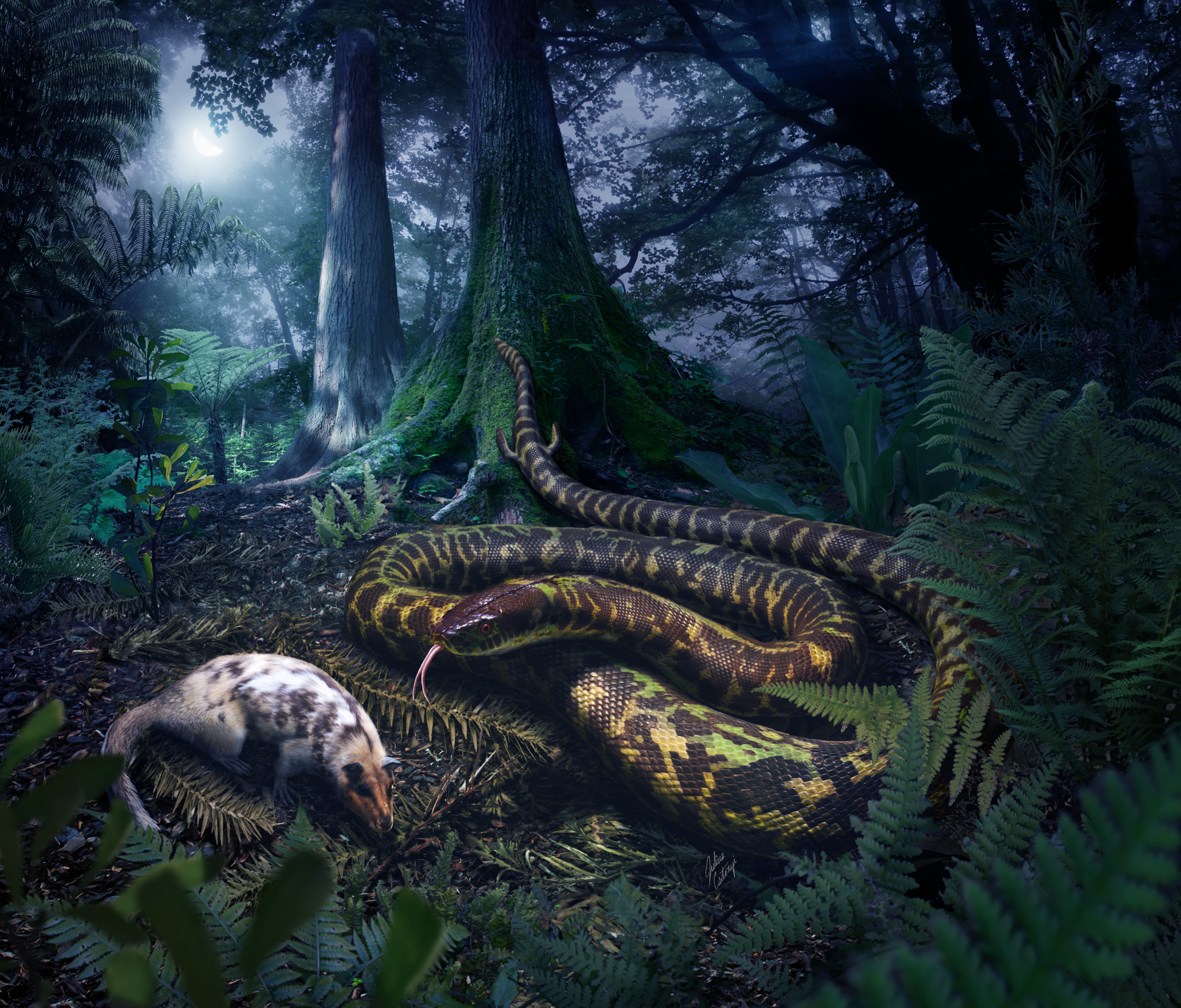 A new study paints an interesting portrait of the earliest ancestor of snakes -- and it's got legs.

Writing in the journal BMC Evolutionary Biology this week, a group of Yale University scientists described an ancient snake that lived 128 million years ago as a nocturnal stealth hunter with a pair of little legs.

"Our analyses suggest that the most recent common ancestor of all living snakes would have already lost its forelimbs, but would still have had tiny hind limbs, with complete ankles and toes," said Daniel Field, a Ph.D. candidate at Yale and co-author of the study.

By analyzing large amount of DNA data along with anatomical information about modern and fossil snakes, the Yale team "generated the first comprehensive reconstruction of what the ancestral snake was like," said Allison Hsiang, lead author the study.

According to their paper, the animal foraged widely for "relatively large prey" in the warm, wet, forested ecosystems on the supercontinent Gondwana, in the Southern Hemisphere.

The researchers say their findings put to rest a longstanding debate about where snakes first appeared on Earth, on land, or in the sea.

"There have been ardent advocates for both the terrestrial and marine origins hypotheses," Field told CBS News, "and I would argue that our analyses represent the most compelling evidence to date in support of the terrestrial hypothesis."

Michael Caldwell, a professor in the Faculty of Science at the University of Alberta, disagrees, saying that the research sidesteps crucial elements of the competing hypotheses.

"The Hsiang et al paper incorrectly suggests that they have solved the terrestrial vs. marine debate, but that is a straw man of their own creation," he told CBS News.

More importantly, he said the study left out one major thing: that he'd already found snakes older than the ones they described.

In a paper he presented in November 2014 and published this January in Nature Communications, he dated the oldest known snake to 170 million years ago -- predating the new estimate by more that 40 million years.

"Therefore as of early November, 2014, the Yale team knew that their results were incorrect both in terms of the morphology of the ancestral snake...and the age of origin of snakes," Caldwell said, pointing out that his paper was not cited in the current study. "The information was either left out or ignored."

Before his study, the oldest known snake fossils, found in Utah and North Africa, were dated to 105 million years ago.

"The age estimate by the Yale team of 128 million years ago is not bad, as it is older, but is still inaccurate when there is older empirical evidence," he said.