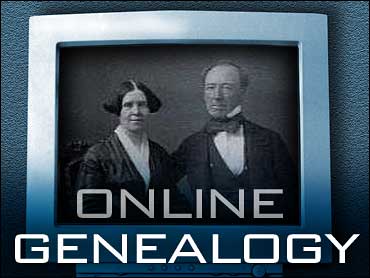 An Internet company is adding U.S. Census records to boost its archive of searchable names to 5 billion, which it says is the most comprehensive genealogical database ever compiled.

Ancestry.com planned to announce Thursday that it has copied complete census records from 1790 to 1930, making it the only searchable online repository of the documents.

Workers deciphered the handwriting on millions of census forms, then indexed and cataloged every name, and scanned images of the census documents.

The material, which will be shown on the Web site starting Thursday, includes 13 million original census images scanned and transcribed from 15,000 rolls of microfilm.

"We are just beginning to scratch the surface in terms of the amount of content we can offer and the millions of people all over the globe we can connect," chief executive Tim Sullivan said.

The information details people's moves across the country, their race, marital status, assets, residence, schooling and other personal information.

Ruth Carr, department chief of local history and genealogy at the New York Public Library, said researchers have had to work with "thousands of reels of microfilm."

"With the digitization of the census, it is now possible for someone to type a name in the search box, and within seconds view the image of the actual census page," she said.

The records revealed some quirks. For instance, Abraham Lincoln's wife, Mary, reported growing only seven years older between the 1850 and the 1860 census.

Ancestry.com, which claims more than 725,000 paid subscribers, is part of a network of Web sites owned by MyFamily.com Inc.