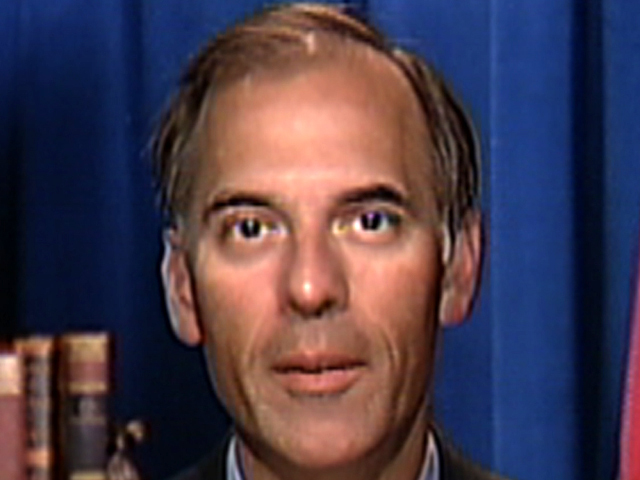 A day after the Dow Jones Industrial Average plummeted more than 600 points for its worst day in more than two years, a financial analyst said on CBS' "The Early Show" Tuesday that he doesn't think the United States is heading for a double-dip recession and expressed confidence that the economy will improve.

"The economy has its troubles, no doubt," Mark Zandi, chief economist at Moody's Analytics, told CBS News correspondent Rebecca Jarvis from Austin, Texas. "The stock market's decline is certainly very disconcerting to watch, but we're in a much better place than we were a year ago, two years ago, three years ago. We've made a lot of progress, and I think ultimately that will shine through."

The Dow closed 634.76 points down Monday, the first day markets were open after Standard & Poor's downgraded its rating for U.S. long-term debt from its highest AAA rating to AA+ for the first time in its history.

Zandi emphasized the importance of maintaining confidence in the economic climate and discouraged the kind of panic that contributed to Monday's sell-off.

"We can't panic because if we panic then we pull back, consumers stop spending, businesses stop investing and hiring, and that's a prescription for recession," he told Jarvis. "I don't think there's any reason for that panic. I think we should remain calm, and, if we do, I think those fundamentals will ultimately come through, and the economy will improve."

While Zandi agreed that Monday's sell-off was unsettling, he assured that it's also not a tried-and-true barometer of the economy.

"It is scary, but it's important to remember that the stock market goes up, down, all around," he told Jarvis. "The stock market has predicted nine of the last five recessions, an old adage in the economics profession, so it is something to watch. It is very nerve-wracking to watch, but at the end of the day the stock market will turn around given the better economic fundamentals."

Wall Street's reaction to S&P's downgrade increased the amount of attention on Tuesday's meeting of the Federal Reserve. Zandi said there's a variety of actions the Fed can take to try and quell investor panic.

"They can ease monetary policy; they can lower interest rates again; they can make it very clear that they're not going to raise interest rates for a long period of time, and that would also be helpful," he told Jarvis, "and of course, if push comes to shove, they can do another round of what's known as quantitative easing, going out and buying long-term Treasury bonds, so there's more room for them to maneuver, and I think they'll take that room and do something with that today."