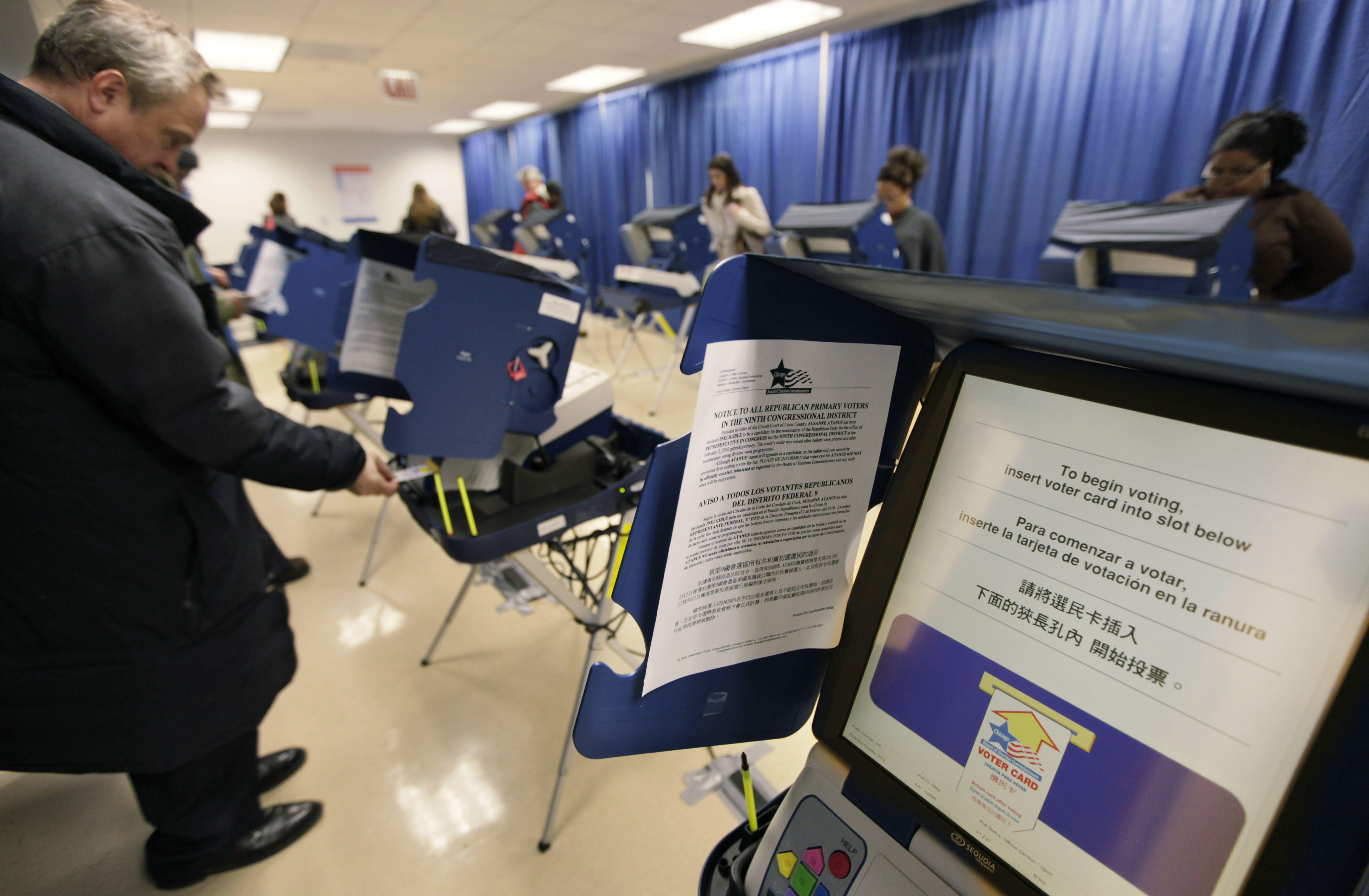 INDIANAPOLIS -- A data analysis firm hired by a voter registration group said on Tuesday that Indiana’s voter database is riddled with errors, including thousands of people over the age of 110 who would likely be deceased but are still on the registration list.

TargetSmart conducted a review of the state voter file maintained by Republican Secretary of State Connie Lawson’s office on behalf of Patriot Majority, a voter registration group with deep ties to the Democratic Party that says it was trying to register black voters in Indiana. Patriot Majority has been the focal point of a state police probe of possible voter fraud. The group said the discovery of numerous problems in the voter database does not necessarily mean this was the result of fraud.

Lawson’s spokeswoman Valerie Warycha said there is a simple explanation for why some voters might be listed as over the age of 110. She said some people, including judges or those who have taken out orders of protection, have their dates of birth listed in the year 1900 as a means of protecting their identities.

TargetSmart said it also found 837,000 voters with out-of-date addresses when compared to the United States Postal Service address database, or roughly one-in-five of all Indiana registered voters. The review found 4,556 duplicate registrations, 3,000 records without dates of birth and 31 records of registered voters who are too young to cast a ballot. More than 2,500 people on the rolls were listed over the age of 110.

The analysis comes after Lawson’s office last week raised the possibility that “thousands” of changes to voters’ first names and dates of birth in her records could be cases of voter registration fraud. She later acknowledged that many of the changes could come from voters rushing to update their online information ahead of the Nov. 8 election.

“There is clearly bad, missing and incomplete data,” said Tom Bonier, the CEO of TargetSmart, which is affiliated with the Democratic Party. “So if you’re seeing a lot of names changing or dates of birth changing, that’s likely because the information she had on the file is incorrect.”

Warycha said inconsistencies with the database will not prevent anyone from voting during the Nov. 8 election.

State police launched the investigation of Patriot Majority in late August after a clerk in Hendricks County, near Indianapolis, flagged roughly a dozen registration forms that had missing or suspicious information. Since then it has expanded to 56 counties in the state. It has also become highly politicized both in Indiana as well as on the national level, where Republican presidential nominee Donald Trump and his running mate, Indiana Gov. Mike Pence, have raised the possibility of a “rigged” election without offering proof.

Experts say cases of actual voter fraud are low and Indiana has a voter ID law that requires people to show photo identification before casting a ballot.

Indiana state police Superintendent Doug Carter said in an interview last week with RTV6-TV that he believes “there’s voter fraud and voter forgery in every state of America.”  Thus far, both Carter and Lawson have declined to release specifics, including any confirmed cases of voter registration fraud or approximate estimates of how many suspicious cases they are reviewing.

Carter, a former Republican sheriff elected in Hamilton County north of Indianapolis, served as a GOP county commissioner before Pence appointed him to the state police job.

TargetSmart’s analysis also identified inconsistencies in the state’s voter file over the last year, including names, middle initials and dates of birth that either appeared or disappeared after an update.

Warycha said the secretary of state took control of maintaining the state’s voter database in 2014 and has launched a highly publicized campaign to get voters to update their records. Warycha said individual counties previously were in charge of updating their voter files, but not all regularly did so. By federal law, Warycha said purging out-of-date registrations takes at least four years.

“We’ve been very proactive in making sure that Hoosiers’ voting information is up-to-date,” she said.

This is not the first time Indiana’s voter database has come under scrutiny.

In 2006, the state reached an agreement with the Justice Department intended to bring the state into compliance with the National Voter Registration Act by purging its voter rolls of those who had died or were listed more than once. That agreement came after the Justice Department found that Indiana had hundreds of thousands of ineligible voters on its registration lists, including possibly 29,000 dead people, and 290,000 duplicates.

Two voter watchdog groups, Judicial Watch and True the Vote, then sued Indiana in 2012, accusing the state of failing to maintain clean voter registration lists as required by the National Voter Registration Act. The two groups dropped their suit in June 2014 after state lawmakers approved changes in Indiana’s election laws the groups had sought.

In May 2014, a month before the suit was dropped, Secretary of State Connie Lawson announced that her office had started a postcard drive to identify invalid voter registrations that she said would help restore “integrity” to the state’s voter rolls. She said at the time that “it is estimated that at least one in eight voter registrations (nationwide) contains inaccurate information.”