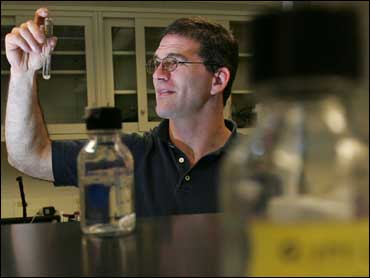 Normally fodder for anglers and early birds, worms are now getting attention at NASA particularly a little-known species that lives in freezing temperatures and can survive two years without food.

Researchers hope the hardy wigglers can unlock the secrets of how life might survive on distant ice worlds such as Jupiter's moon Europa, as well as provide answers to more earthbound problems such as preserving transplant organs kept on ice.

NASA recently gave Daniel Shain, an associate professor of biology at Rutgers-Camden, a three-year, $214,206 grant to figure what makes the ice worms such survivors.

The threadlike, black Mesenchytraeus solifugus which feed on microorganisms as they crawl through tiny ice cracks in coastal mountain glaciers in Alaska, British Columbia and Washington state thrive at the freezing point of 32 degrees, Shain said.

"If you put an earthworm or any other organism on ice, they wouldn't live very well," Shain said. "But with an ice worm, they come to life."

Shain, who has studied the worms for a decade, says many people who live around the mountains in Alaska have never heard of the inch-long worms, or believe they are mythological creatures.

But get out on a glacier right after the sun goes down, and the surface of the ice turns gray as the worms rise to the surface.

"You can't miss them," Shain said. "There are millions of them."

During his research trips, Shain uses a "regular old spoon" to scoop thousands of worms into a cooler, then seals it with duct tape and ships it back to Camden.

The biologist, who travels to Alaska about every other year, has contacts in the region who make sure he gets a steady supply of worms for experiments.

His most remarkable work involves a molecule that stores energy in the cells of living organisms, he said. Most organisms produce less of the molecule when temperatures become colder, but the worms produce more.

Shain along with graduate biology student Brittany Morrison hypothesize that ice worms don't have a mechanism that regulates the energy-storing molecules.

His work piqued attention at NASA because conditions on the glaciers are very much like conditions on some cold planets that scientists theorize have a chance of harboring life, Shain said. Figuring out how ice worms live will help scientists if life is ever discovered on another icy world such as Europa.

Only a handful of researchers across the country study the worms, but he says interest has grown in recent years, with some experts envisioning potential applications for space travel and others seeking evidence of global warming.

"Worms have been these creatures that people think to put on their fishhook," DeChaine said, "but now they're receiving attention because they can live near thermal ocean vents or inside mountain glaciers."