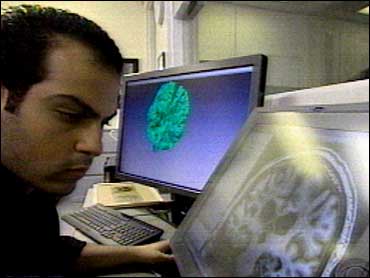 We all forget things sometimes. It can even be funny, up to a point. But memory loss is often serious, and in the case of one rare form of memory loss - amnesia - sudden. Our Cover Story this morning is reported by Susan Spencer of 48 Hours:

One September day in 2001, a 33-year-old Texas woman got in her car to go to work. As she tells it, the next thing she knew, "There's a freeway here in Dallas and I began driving up the freeway, and I got up to Denton … and that's the last thing I remember."

This woman, who asked us to conceal her identity - and who we'll call Emily - says she had no idea why she was where she was.

"It was about 3:30 in the morning when I realized I was just outside Santa Fe, New Mexico," she said.

The drive from Dallas to Santa Fe is about 600 miles and takes 10 hours. Emily had no memory of it.

Exhausted, in an unknown city, without friends or family, she checked into a motel, and things got worse …

"And what went through your mind?" asked Spencer.

She searched in vain for any identification.

"What was the last thing you did remember?" Spencer asked.

"Nothing at all? So you had no past when you woke up in that hotel?"

"The definition of amnesia is really just what it says: You're unable to recall important personal information," said psychiatrist Colin Ross, who diagnosed Emily with amnesia. He says that although her form of amnesia is very rare, he's seen a few similar cases.

The amnesiac hero has long been a Hollywood staple. Alfred Hitchcock put Gregory Peck through agony in the 1945 thriller, "Spellbound" ("I have no memory…it's like looking into the mirror and seeing only a mirror"). In the 1996 film "Memento," Guy Pearce's character who has no short-term memory tries to solve a murder. And as Jason Bourne, Matt Damon has spent three movies trying to figure out who he is ("I can't remember anything that happened before two weeks ago … I don't know who I am, I don't know where I'm going, none of it").

But in real life, the loss of memory is not an entertaining experience.

"Everybody describes it as very strange, scary, anxiety-provoking, disturbing, just hard to put your finger on, you know, exactly what it feels like," Dr. Ross said.

To really wrap your brain around amnesia, there's probably no better place to go than the Brain Observatory, part of the University of California Medical School at San Diego.

It houses a growing collection of human brains, ground zero for the study of how memory is made … and how it's lost.

"When we think of memory loss, mostly we're talking about the loss of declarative memory," Larry Squire, a professor of neuroscience and psychology at UC San Diego School of Medicine, told Spencer. "That's our memory for facts and events of the passing day." 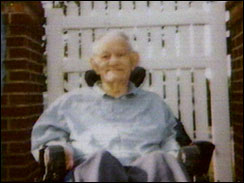 (CBS)
Dr. Squire collaborates with the Brain Observatory on amnesia cases, and he's written about the most unforgettable amnesiac of all: Henry Molaison, or H.M. (left), who died last year at the age of 82.

"H.M. had a memory impairment that affected his ability to acquire essentially any new information as the days went by," Dr. Squire said. "So, in other words, if one introduced oneself to him, and walked out of the room five minutes later, one would have to reintroduce oneself."

Unable to retain the most basic information, H.M. spent much of his adult life in a nursing home, an ongoing study for scientists eager to learn from his bizarre condition.

The cause of H.M.'s memory loss was known: A surgical lesion, as seen in a 3D model of his brain.

In 1953, when he was 27, he agreed to an experimental operation to relieve severe seizures.

Neuroanatomtist Jacopo Annese said doctors back then thought they understood the risks: "They were able to go from the front, lift up the frontal lobes and do what they needed to do."

"But they had no idea what else they were doing?" Spencer said.

"But at what cost?" Spencer said.

"I'm not the one to judge whether his life was better with the seizures, or better without the ability to make memories," Dr. Annese said.

But H.M. did somehow understand that his experience could help unravel the mystery of memory, and he left his brain to science.

It's ended up here at the Brain Observatory, after a cross-country trip with Dr. Annese.

Scientists are doing dry-runs on other brains, to prepare for the dissection of H.M.'s brain this summer, hoping to pinpoint exactly where and how the brain stores memory.

"I will build a relationship with him as I sit for 30 hours, slicing the brain," Dr. Annese said.

In contrast to H.M., whose MRI shows physical damage, Emily's brain scan was normal - revealing no obvious cause of her amnesia.

And yet, she had lost her identity. When police found her family, she couldn't recognize her own children. Dr. Ross said her uncommon form of amnesia is called dissociative fugue.

"You have this total amnesia for your past, and it's combined with travel away from home," Dr. Ross said. "And you don't lose the ability to speak English, your ability to drive a car. All your basic skills are intact. It's just the personal autobiographical memory that's blocked out."

The diagnostic manual for mental health, the DSM-IV, says dissociative fugue can last for hours or even months, and affects only two-tenths of a percent of the population.

"Probably, people have been going into fugues for tens of thousands of years," Dr. Ross said. "The biggest peak in fugue cases was really in the Second World War. A lot of military psychiatrists reported groups of cases where, across enemy lines in a dangerous situation, a soldier would be wandering around in a daze, not knowing who he was."

"A patient will wake up one day, lost," said Dr. Squire. "They'll have no difficultly in acquiring new information from that point on, but they've lost a great deal of their past."

But neurologist Robert Burton has his doubts. He says it's implausible that someone would just forget his identity, nothing else, and still remember how to function in society.

"It isn't realistic that you can have this loss of all of your past and still have brain function sufficient that you can carry on in the present," said Dr. Burton.

And, he says, there may be a subconscious advantage to the person to believe it.

"Well, the upside is they can start over to some degree," said. Dr. Burton. "They can walk away from what is ailing them, so to speak, in terms of their psyche."

As it turns out, Emily had reasons to walk away from her life: A suicidal drug-addicted husband, an unplanned newborn baby, a stressful job.

"I know when people see this, there's going to be questions about, 'Did she just do this on purpose?'" Spencer asked her.

"I had three children at home that were totally dependent on me," Emily told her. "And I don't think I could live without them."

"But this was not something over which you had any control whatsoever?" Spencer asked.

It took Emily more than a year to recover her memory.

"You know, I lost 33 years," she said. "And I had to slowly regain that back. And it is precious to me. And I've done as much as I can and everything I can to build on that."

Her painful drive into the unknown has left her with a clear appreciation: Memory is not just where we left the keys. It is the essence of who we are.