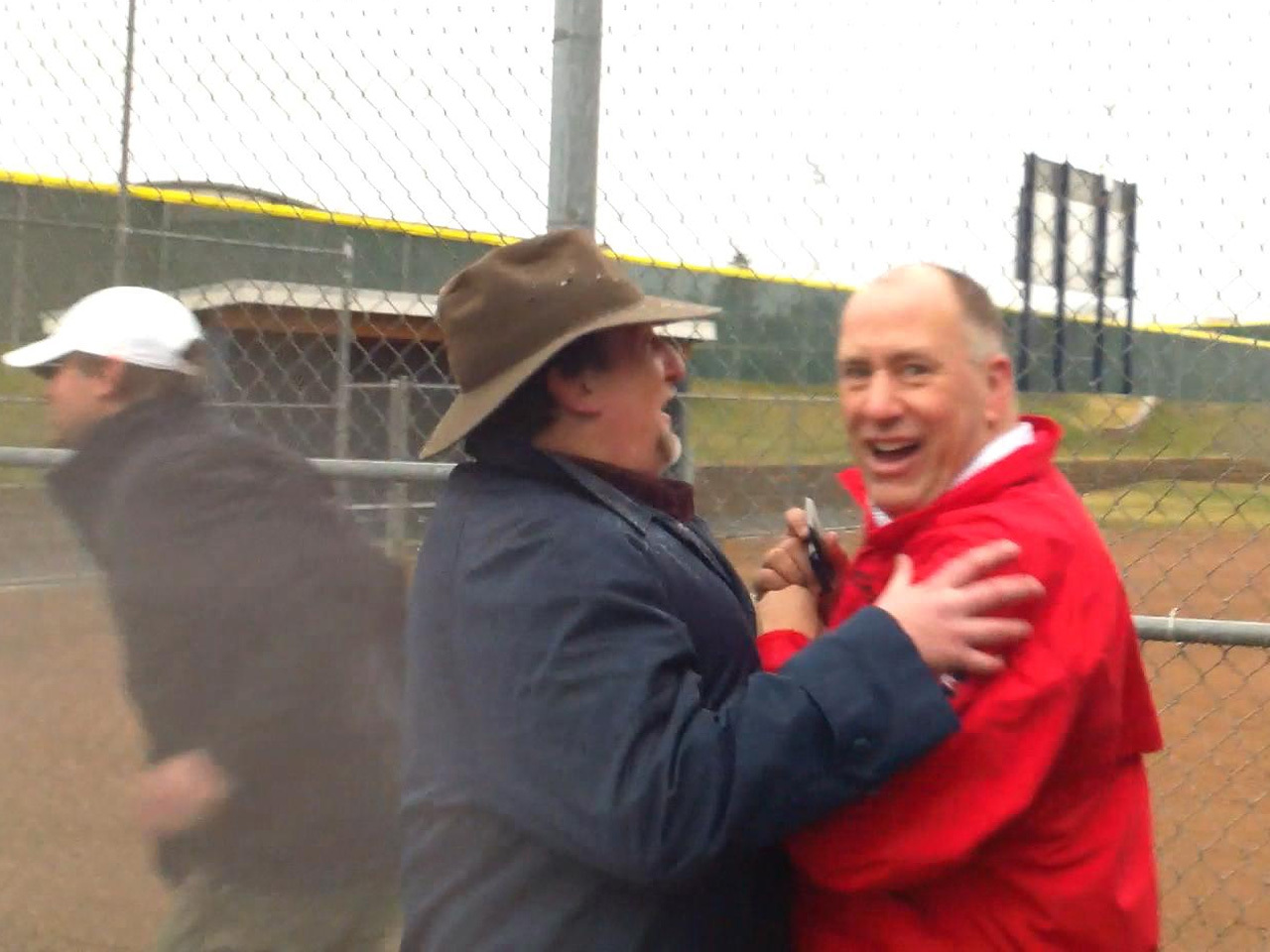 "YOU'RE IT!" is a catchphrase from the new movie "Tag" out next weekend. It may look like a comedy, but it's based on a true story, one our Lee Cowan told you about several years ago when he talked to the real-life "Tag Brothers. [An earlier version of this story was originally broadcast on October 27, 2013.]

They are an unlikely group of movie stars to be sure – ten buddies who have resisted one thing in their long friendship: They've all refused to grow up.

For 30 years, they've played an adult version of Tag.  In fact, they call themselves the Tag Brothers.

It all started back at their Catholic High School – Gonzaga Prep in Spokane, Washington. They were a pack – a group of friends who had everything, and yet nothing in common, says Brian Dennehy.

"We weren't jocks. We weren't the smart guys," he said.

"You weren't in a clique?" asked Cowan.

"Not really. We were probably the refugees from all the other cliques. We made our own gang!"

During a free period between classes, they were encouraged to either study or go to mass. Joe Tombari (or Joey T.) says they opted to play tag instead. "We would scatter like mice, this way, take off running that way," he said.

Joey Caferro – whose nickname is "Beef" – says the stakes were always high: "It became like, oh, just chaos for five minutes. You know, you could just chase people all through the halls. There was people knocked down, there was mayhem. It was fun!"

But when high school ended, so did the game – much to Joey T's dismay. Because he, at the tender age of 17, was the last man standing. "Yeah, I was 'It' for life! That was no good!"

Then came college, weddings, kids and careers, and the Tag Brothers scattered to the winds, some to Seattle, some to San Francisco, even Boston.

Reunions were rare, and missed. So over a few beers one night, they figured, why not get everyone back in touch –  literally!

Resurrecting their game of tag seemed pretty fitting to Father Sean Raftis: "The tag game is, I think, symbolic of the beauty and the depth of our friendship – even though it's a pretty juvenile game to play!"

Patrick Schulteis, who grew up to be a lawyer, drew up three simple rules: "February only. No touch-backs. And the rule of honesty," he said.

So is anything off-limits, or anywhere?

"No, I don't think so," said Schulteis. "I mean, I got tagged at my dad's funeral. My dad would have thought that was funny."

The key is the element of surprise, hence the disguises. Fake mustaches are a favorite. They're above nothing: Chris played a vagrant panhandler, a getup that had Beef totally off-guard, when Chris tagged him outside a bar.

Not to be outdone, the very next day Beef went dressed as a "hot granny" with the "hag tag" (as it's come to be known), to pass the tag on to another brother, Rick.

"There really isn't a lot of dignity left at the end of the month, is there?" asked Cowan.

While waiting in a nearby park, he stayed in character, even to passers-by. And when the moment arrived, "Granny" leapt into action.

He left victorious – with a thrust of his cane.

It may be tempting to pass the Tag Brothers off as childish, even crazy. But, Cowan says he's never met a funnier, friendlier group of guys. Their camaraderie is infectious – and, frankly, enviable.

"I'm pretty proud of the fact that I still keep in touch with ten really good guys," said Dennehy. "And if that's not the definition of maturity and loyalty, I'm not sure what is."

Who knew such a childish game could teach such valuable lessons.

As Joey T. said, "Be friends. Care for each other. Don't be afraid to push yourself to go out and connect with somebody. Tell 'em you care about 'em."