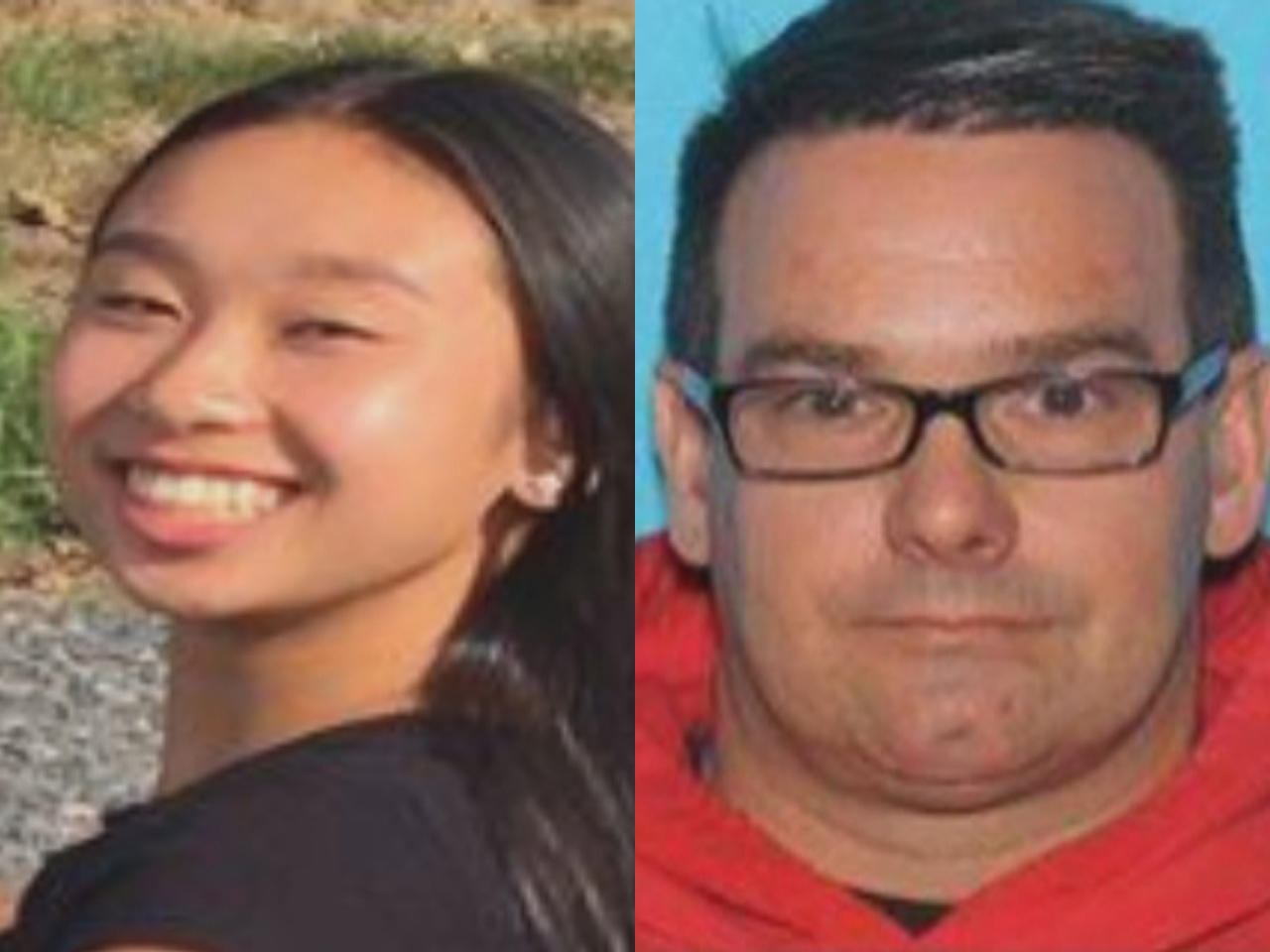 ALLENTOWN, Pa. -- Authorities say a missing Pennsylvania teenager and a 45-year-old man who frequently signed her out of school without her parents' permission have been located in Mexico, and the man has been arrested. The Allentown Morning Call reports U.S. and Mexican authorities found Kevin Esterly and 16-year-old Amy Yu in Playa del Carmen on Saturday. They are being returned to the U.S.

Esterly was taken into custody and will face a charge of interference with the custody of a child when he arrives in Pennsylvania.

The newspaper reports police have told Amy's mother that her daughter was found unharmed.

Esterly and Amy had been missing since March 5. Police issued a missing person alert and filed a warrant for Esterly's arrest.

Yu's mother told CBS News' Meg Oliver earlier this month that her daughter was taken by a man who befriended their family at church -- someone she had trusted.

Esterly and Yu had gotten so close she often went on his family's vacations.

On his Facebook page, Esterly often posted pictures of Yu hanging out with his own daughters. But police say their relationship was not as innocent as it appears.

Yu's mother, Mui Luu, told CBS News she feels betrayed. She'd had Esterly over to her house for meals.

Luu found out on February 9 that Amy had listed Esterly as her stepfather on school records. According to a police affidavit, Esterly signed Amy out of school 10 times between November and February without her mother's permission.

They believe the teen went willingly with him.

The Allentown Police Department told CBS Philadelphia both Amy and Esterly will be escorted back to the United States to Miami Florida by Homeland Security Investigations agents and United States Marshall Service deputies.

Once back in the United States, arrangements will be made to get Amy back to Allentown to be reunited with her mother, police say.

Officials say, Esterly will be turned over to the Miami Police Department and then the extradition process will begin to bring him back to Allentown.