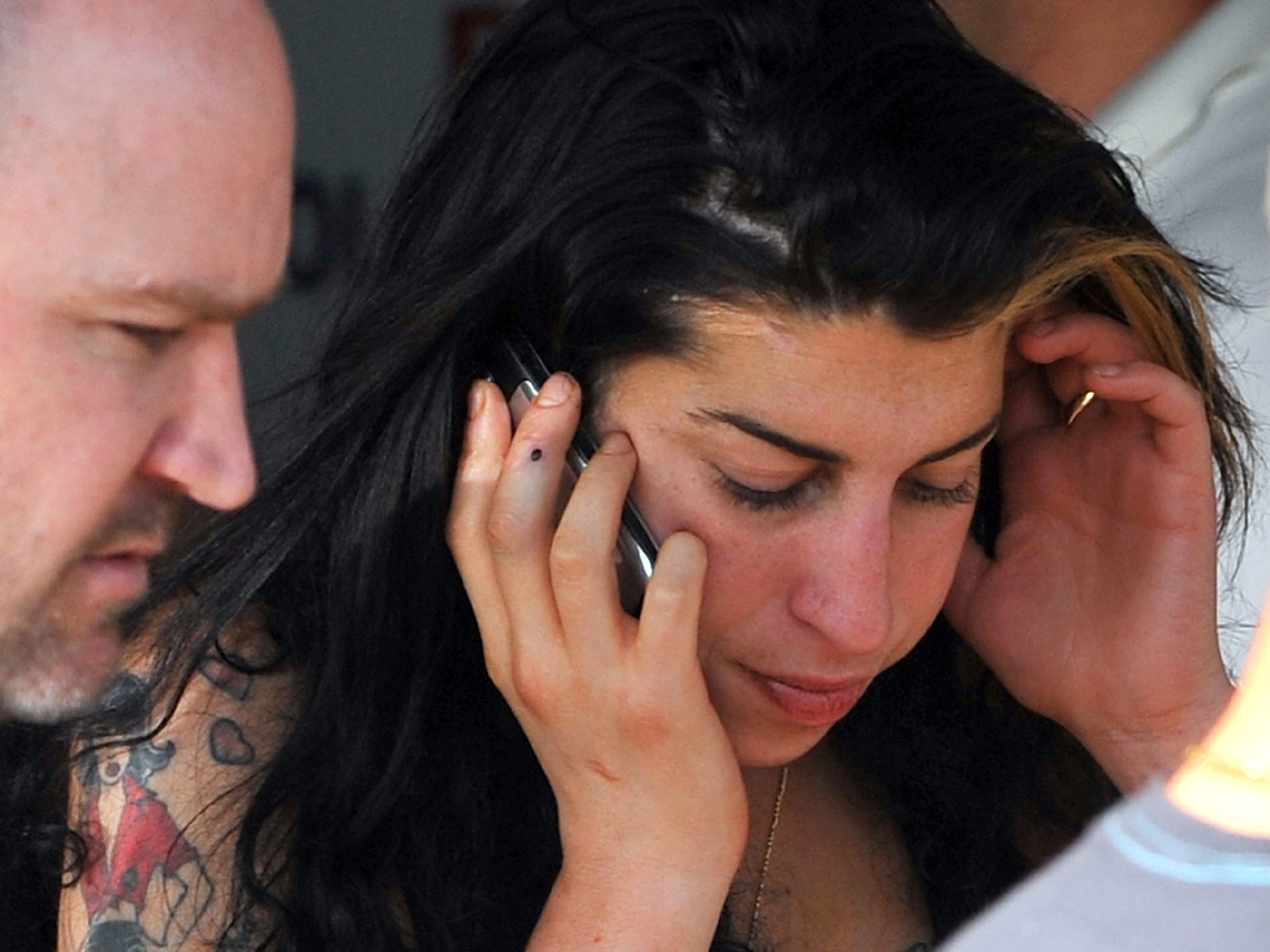 (CBS/AP) It didn't take long for stars to react to the death Saturday of Grammy-winning British singer Amy Winehouse.

The 27-year-old was found dead of unexplained causes at her home in north London.

Fellow Grammy-winner Leann Rimes tweeted: "RIP Amy Winehouse. So sad to see such a talent gone and her life end in tragedy. This makes me terribly sad."

Singer Natasha Bedingfield had this to tweet: "I'm so sad to hear about Amy Winehouse just dying. My heart and prayers go out to her family. Such a terrible loss for us all."

Singer Rob Thomas tweeted: "so many people saying that because it's not a surprise that amy winehouse passed, it's not sad. i hope you have more compassion for friends."

From guitarist David Navarro came: "My God! So sad to hear about Amy Winehouse! My deepest condolences to her friends and family and fans. You will be missed Amy xoxox''

Apparently referring to the tweets of others, Celebrity DJ Samantha Ronson wrote, "I'm not sure how anyone with a soul can make jokes about the passing of one of the most talented artists this generation will see."

Emma Bunton,one of the former Spice Girls tweeted: "Such sad news about Amy Winehouse. My thoughts are with her family."

Other celebrities also had something to add. Wrote "Star Trek" actor Zachary Quinto: "profoundly sad news to wake up to. i hope amy winehouse has found some peace."

CNN journalist Anderson Cooper tweeted: "Just heard a report amy winehouse has died. If true, such a waste of a great talent"

Actress Demi Moore tweeted: "Truly sad news about Amy Winehouse. My heart goes out to her family. May her troubled soul find peace."

Celebutante Kim Kardashian took time out from wedding planning to write: "`I just heard the news that Amy Winehouse passed away. What a true talent. I pray she's in a better place & at peace."