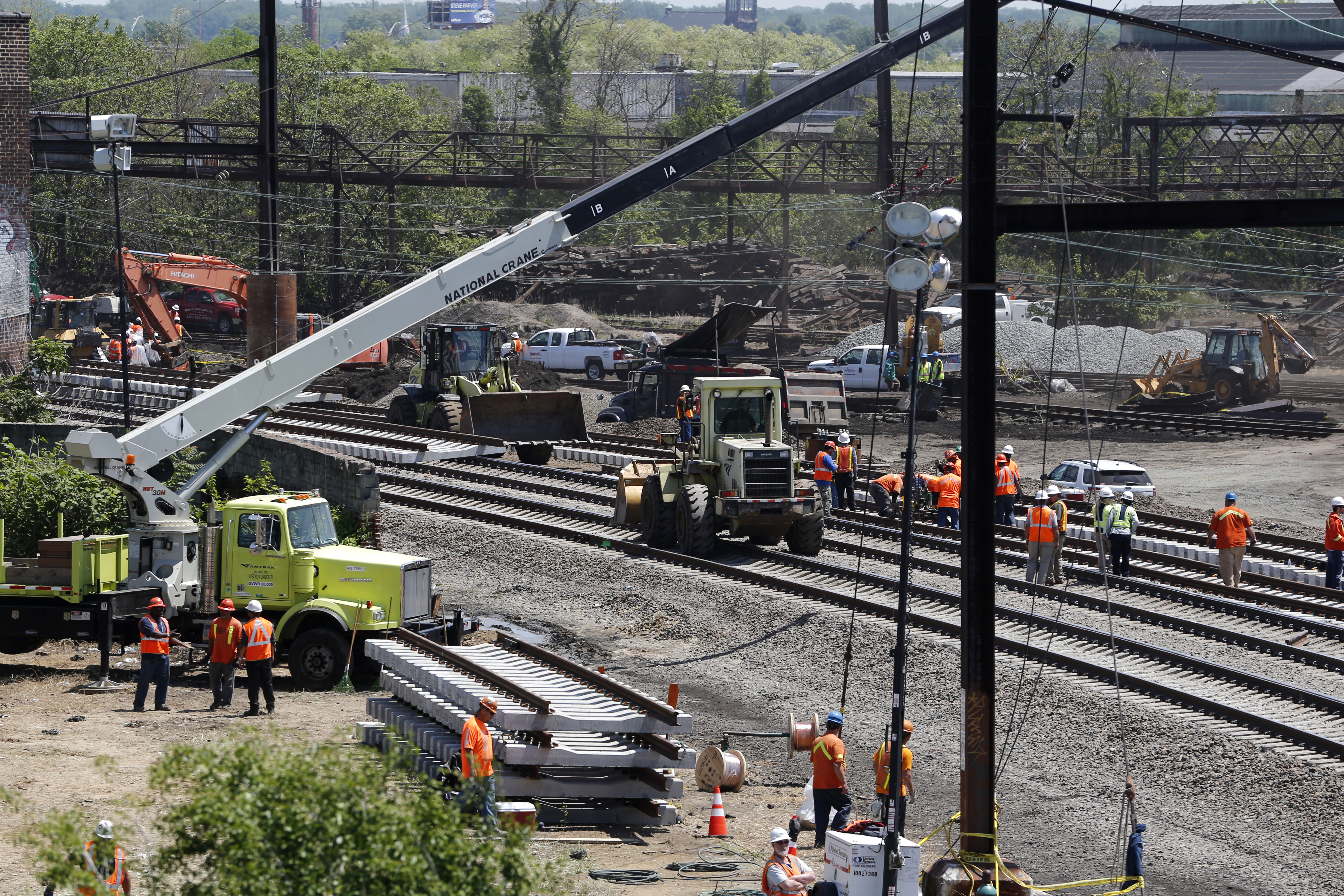 Amtrak is back in business on its entire Northeast Corridor, from Boston to Washington, after resuming service between Philadelphia and New York Monday morning.

About 40 minutes earlier, Amtrak 111 left New York's Penn Station to make the first trip to Philadelphia since the derailment.

All Acela Express, Northeast Regional and other services were resuming.

Investigators continue searching for the cause of the accident.

On the CBS News broadcast "Face the Nation" Sunday, National Transportation Safety Board member Robert Sumwalt backed away from speculation that someone had shot at the train. It stemmed from word of a cracked engine windshield.

"I've now seen the fracture pattern," he said. "It looks like something about the size of a grapefruit, if you will. And it did not even penetrate the entire windshield."

Over the weekend, NTSB investigators met with the engineer of a SEPTA train hit by a projectile shortly before Amtrak 188 derailed.

And a picture shows damage to third train, also hit around the same time.

Passenger Madison Calvert, who took the picture, said, "I didn't see what hit it. It was just -- you heard a quick crash, and as soon as I heard it, I turned to my left and saw that the window was in fact shattered."

At a memorial service Sunday night, state and federal leaders gathered to remember those who lost their lives and those injured in the accident.

"We could not in good conscience have a restoration of service without a service to recognize and respect what happened at this place," Philadelphia mayor Michael Nutter told the crowd.

Lenny knobbs survived the crash, but has a fractured knee and back. He says that night haunts him: "I'm angry at the whole situation. Especially since, after watching the news, which I try not to do, there is some technology that would have prevented this. Sure I'm angry, but I'm grateful, as well.

The Federal Railroad Administration announced that Amtrak is working to enhance safety on its lines -- specifically looking at sharp curves and adding additional speed signage.