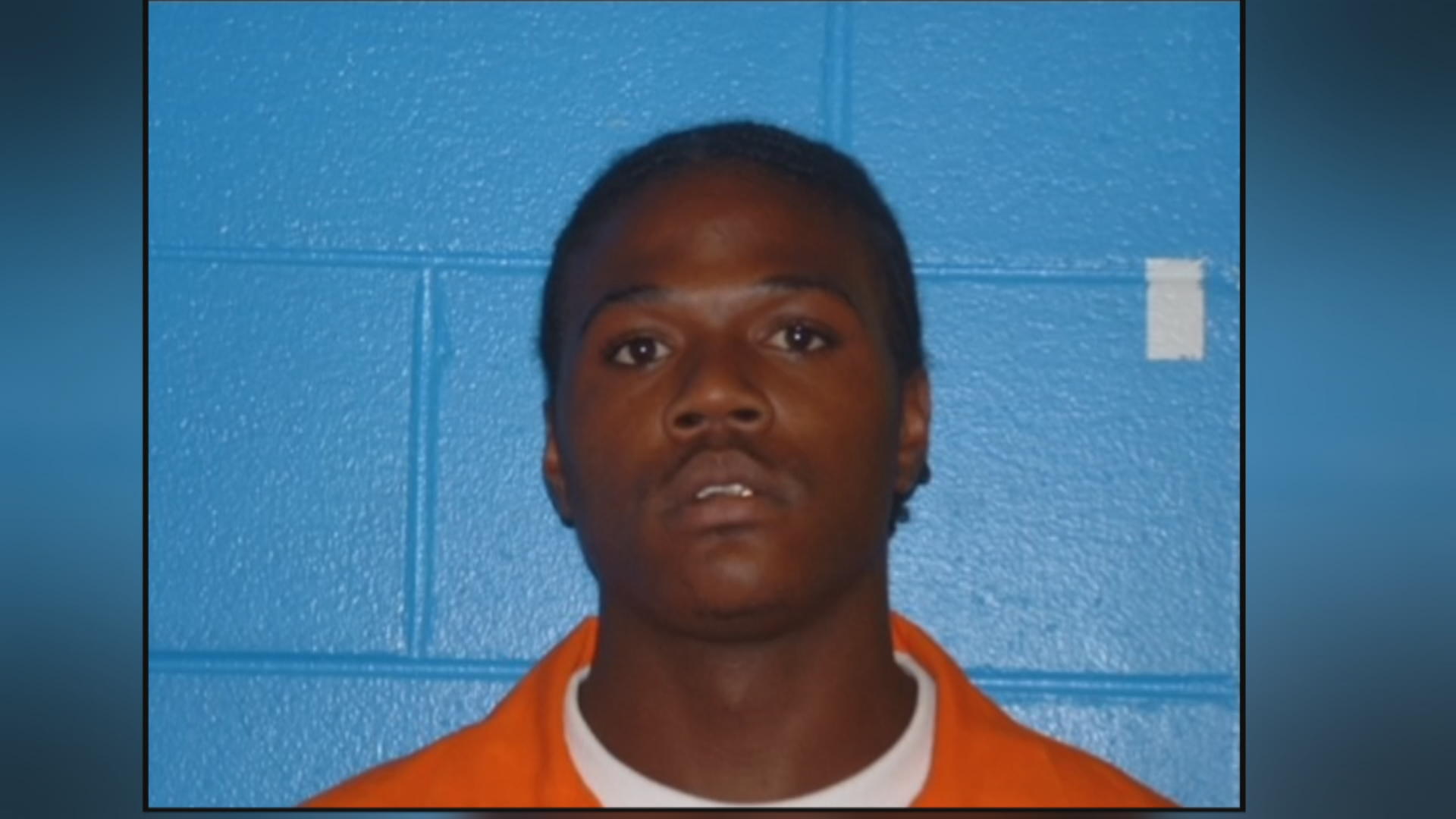 An intense manhunt is underway for the suspect who shot two Georgia police officers Wednesday, killing one. More than 20 law enforcement agencies, including the FBI, are working to track down the gunman.

Minquell Lembrick is accused of opening fire when police responded to a domestic dispute call. The suspect had outstanding warrants for kidnapping and other charges related to a prior domestic violence incident. But the two officers who responded to the call Wednesday morning had no idea, reports CBS News correspondent DeMarco Morgan.

Investigators in Georgia pleaded with Lembrick -- the man police say shot and killed one officer, and critically wounded another -– to surrender.

“Enough violence has occurred today. We want you call 911 and arrange to turn yourself in,” said Vernon Keenan, director of the Georgia Bureau of Investigation. “Contact us to end this in a peaceful manner.”

Officers Nicholas Smarr and Jodi Smith responded to a domestic dispute call Wednesday morning at an apartment complex in Americus, Georgia. After they arrived, the officers encountered Lembrick.

“There was a confrontation with Lembrick, Lembrick shot both officers, killing Officer Smarr and wounding Officer Smith,” Keenan said.

Smarr, who had been with the Americus Police Department since 2012, was just 25 years old.

“It’s a tremendous loss to our family. It’s been many,, many years since we had an officer fall in the line of duty in Americus,” said Americus Police Department Chief Mark Scott.

Officer Smith was airlifted to a local hospital in critical condition.

“Someone who shot two police officers and killed one of them is very dangerous. If he resists, we will overcome that resistance,” Keenan said.

Shortly after the shooting, 32-year-old Lembrick made a series of posts to what appeared to be his Facebook page, including a four-second video.

Overnight, the manhunt for Lembrick intensified with at least 20 different agencies, including the FBI in pursuit.

“At this time we don’t know where he is. We just ask that people don’t encounter him, don’t try to approach him. Just let us know where he is so we can take him into custody,” Scott said.

Foreman on epic fight against Ali: "I was mugged in the jungle"

Dr. Mark Hyman answers the question: "Food: What the Heck Should I Eat?"