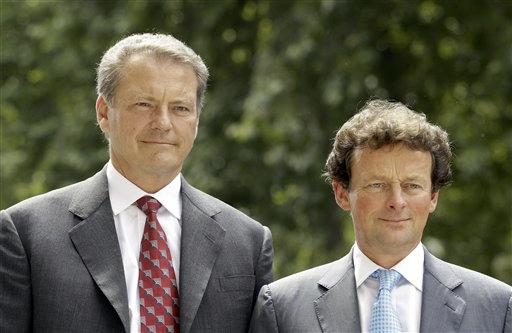 A skull fragment found in a 400-year-old trash pit at Jamestown contains evidence of the earliest known surgery — and autopsy — in the English colonies in America, researchers say.

Circular cut marks indicate someone attempted to drill two holes in the skull to relieve pressure on the brain, the researchers said. The patient, a European man, died and was apparently autopsied.

Archaeologists found the 4-inch-by-4 3/4-inch fragment this summer while digging in a bulwark trench on the site of James Fort. Jamestown, the first permanent English settlement in North America, was founded in 1607 as a business venture.

The skull piece was discarded with trash, such as pottery shards, from no later than about 1610, said Bly Straube, senior curator of the Association for the Preservation of Virginia Antiquities.

"It was just being treated, I guess, like medical waste," she said Wednesday.

Douglas W. Owsley, forensic osteologist at the National Museum of Natural History at the Smithsonian Institution, and Ashley H. McKeown, forensic anthropologist at the University of Montana, determined that the fragment was part of the occipital bone from the back of the skull.

Owsley thinks the man was hit in the back of the head with a stone ax and suffered a fractured skull. That would suggest the blow came from an Indian, Straube said. But Straube said it is also possible the man simply tripped and fell and hit his head on a rock.

Researchers know the fragment came from a European man because of its shape and thickness and because it contained traces of lead, Straube said. Eating and drinking from lead-glazed pottery or pewter was a common practice in Europe.

The identities of the man and of his surgeon are not known. The rest of the skeleton has not been found.

The surgeon tried to drill two holes in the skull using a device known as a trepan tool that would remove a plug of bone, Straube said. It looks like the surgeon made two attempts at one spot and then moved to a second spot, Straube said.

Such surgery was not unusual — it was done in ancient Egypt, for example — "but all early medical manuals talk about how tricky it is," Straube said.

In the Jamestown case, the procedure was not completed, probably because the patient died. Saw marks on the top edge of the bone indicate an autopsy was performed, the researchers said.

The skull fragment and the medical objects corroborate historical documents indicating that surgeons, doctors and apothecaries were in Jamestown as early as 1607 to 1610.

Researchers are unaware of earlier surgeries or autopsies performed by Indians or by Spanish colonists, Straube said.

Archaeologists also have discovered medical tools and objects in other trash pits at the James Fort site. They include a Spatula mundani, part of a bullet extractor and pieces of pottery from apothecary jars that probably contained herbs and medicines. The Spatula mundani, devised by 17th-century surgeon John Woodall, was used to treat severe constipation.

The tools were probably sent to Jamestown in a surgeon's chest Woodall outfitted for the expedition.