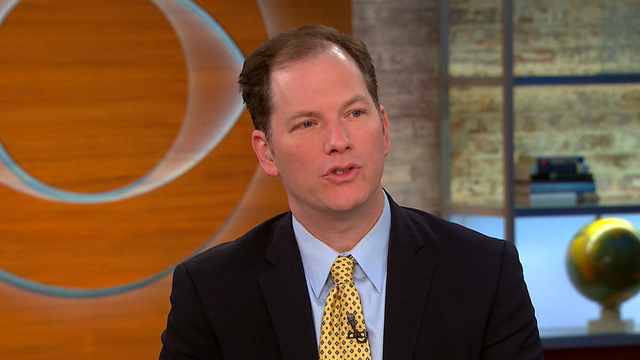 With more than one-quarter of Americans reporting they sleep six hours or less a night, the CDC is calling insufficient sleep a "public health epidemic."

Experts are warning that for most of us, that's just not enough. But they're not necessarily recommending the previous school of thought either.

New data has revealed that the ideal number might be closer to seven hours, rather than eight.

"When you think about it, it makes sense," clinical psychologist and board certified sleep specialist Michael Breus said on "CBS This Morning." "The average sleep cycle is about 90 minutes long and the average person has about five of those, so when you multiply that out you get about 7-7.5 hours."

While many working Americans can't seem to find the time to get enough sleep, Breus says it's crucial to our health -- so much so that people who sleep less than five hours on a regular basis run the risk of doubling their risk of mortality.

And no matter how much time is devoted to sleep on the weekend, it won't necessarily make up for lost sleep during the week. Once your body has developed a sleep routine, Breus said it's best to only sleep 25-30 minutes more than usual.

"Any later than that, it will shift your whole circadian rhythm and your whole brain wants to sleep later, and that's why Monday morning can be a hassle," he said.

But that's where naps come in handy. For normal sleepers, the ideal nap is just like a "siesta" -- 90 minutes at about 1pm. Breus advised against napping for people who have trouble falling asleep at night, like those with insomnia. But for everyone else, it shouldn't disrupt your circadian rhythm, the components of the body that naturally regulate internal functions at roughly a 24-hour cycle.

It's clear though that not all Americans have that kind of time, no matter the benefits for our health. In that case, there's another option. Breus calls it the "nap-a-latte."

"What you do is cool down a cup of drip coffee, which has the highest caffeine content. You drink it very quickly and then you take a 20-minute nap," he explained. "The caffeine hits your system approximately 20 to 25 minutes, you get enough stage-one, stage-two sleep and you're good for four hours."

Unsolved murders in Philadelphia
Thanks for reading CBS NEWS.
Create your free account or log in
for more features.
View CBS News In
CBS News App Open
Chrome Safari Continue
Be the first to know
Get browser notifications for breaking news, live events, and exclusive reporting.