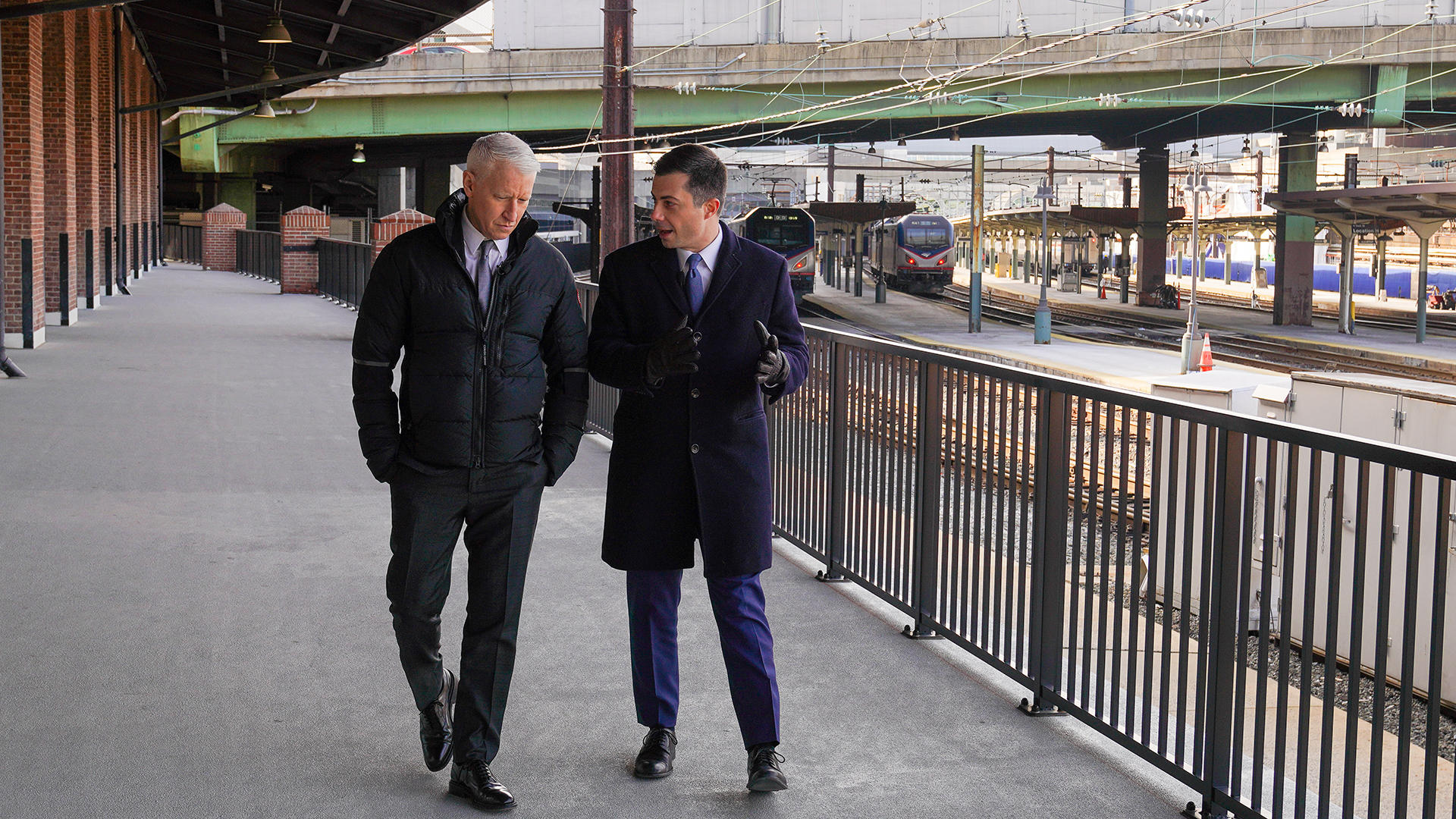 The 2021 grade marked an improvement from 2017 when the ASCE rated American infrastructure at a D+.

When the organization publishes its next report card in 2025, the U.S. will look for a significant improvement following the $1.2 trillion bipartisan infrastructure bill that President Joe Biden signed into law last November.

Much of the responsibility for implementing the new law falls under the jurisdiction of Secretary of Transportation Pete Buttigieg. The 40-year-old former South Bend, Indiana mayor spoke with 60 Minutes correspondent Anderson Cooper for a story that will be broadcast this Sunday.

During the wide-ranging interview, Buttigieg explained where the American people will see their tax dollars working first.

"I think one of the first things you're going to notice is accelerated work on roads and bridges," Buttigieg told Cooper. "It's not just the big, famous bridges in our biggest cities. This is thousands of bridges around the country."

Cooper's interview with Buttigieg comes more than seven years after 60 Minutes last filed a major report on crumbling infrastructure across the U.S.

"Our infrastructure is on life support right now," former Secretary of Transportation Ray LaHood told correspondent Steve Kroft in 2014. He held the position during the first Obama administration.

In January 2022, Mr. Biden echoed LaHood's sentiment calling the state of American infrastructure "mind-boggling" when hours before a planned trip to Pittsburgh a bridge within the city collapsed and injured ten people. It is not a new problem.

At the time of Kroft's story, the federal government said there were nearly 70,000 bridges structurally deficient around the country, including about 800 around Pittsburgh, Pennsylvania.

Since Kroft's report aired there have been numerous projects to fix or replace ailing bridges around the Steel City. Rehabilitation on Seventh Street Bridge and Birmingham Bridge were completed in 2017. Repairs on The Liberty Bridge, one of the city's main arteries, were finished in 2018.

The report also highlighted the Portal North Bridge in New Jersey. Prior to the pandemic, more than 450 commuter trains used the 112-year-old swing bridge every day.  Deemed a single point of failure, the bridge would sometimes fail to lock back into place, causing major delays up and down the Northeast corridor. Later this year construction is scheduled to begin to build fixed bridge over the Hackensack River with two new tracks.

In Philadelphia, Kroft reported on a highly trafficked section of I-95 in need of repair. Those improvements are now underway and scheduled to continue until at least 2028.

The unmistakable orange construction signs along I-95 will soon appear on roads around the U.S. Philadelphia's I-95 corridor is only a small portion of the 43% of U.S. roads that the 2021 report by the American Society of Civil Engineers said needs to be fixed.

How will Secretary Buttigieg and the Department of Transportation determine which repairs take precedent? Tune in Sunday on 60 Minutes.

The story above was produced by James Jacoby, Michael Karzis, and Maria Gavrilovic.

More from Paul McCartney on 60 Minutes

From the 60 Minutes Archive: Face Blindness