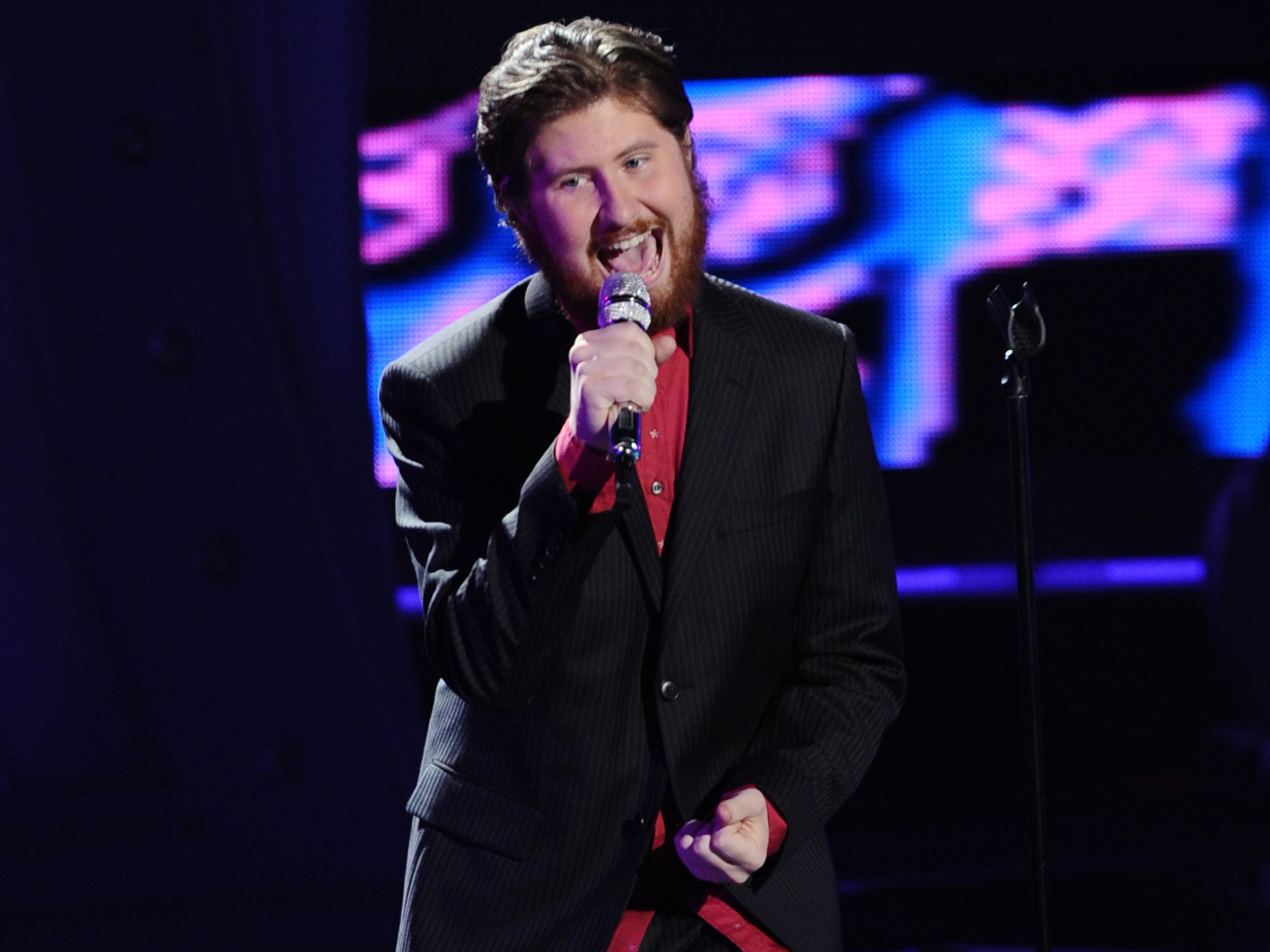 We came to celebrate Steven Tyler, who was, gosh, on the cover of two different magazines this week (and neither of them was Lucky).

We came to be appalled at the attempted British accents of several of the contestants, who turned up at a Royal Wedding party and, strangely, didn't do as the British and get drunk.

And we came, on last night's "American Idol" results show, to offer a eulogy to Casey Abrams.

Yes, he who had enjoyed the judges' one save of the season fell through the Idol trap door to a future that might be jazzy, but also might be plain obscure.

Abrams seemed to believe he had held on to his credibility.

But let's leave credibility aside for a moment. Because first, we had to endure more troubled ensemble singing.

This medley of yet more Carole King was another tune-free beginning to a results show that must have had Carole King reaching for numbing agents to get her through the rest of the hour.

The show itself attempted, as usual, to fill time with cars and chat. We had a considerable discussion about who Haley Reinhart really is-- a twenty-year-old who doesn't know who she really is, perhaps.

We had the spectacle of no bottom three. We had some teasing eliminating--with no little white stools. Instead, the ceremonial sword was passed to Abrams so that he might perform his own last rites.

On Wednesday, Abrams had willfully performed a melody-free song, "Hi-Di-Ho (That Old Sweet Roll)", in a highly idiosyncratic and, frankly, unentertaining manner. If he grunts one more time, he'll frighten the ALFAC duck during commercial breaks.

Even mentor Jimmy Iovine said that he was fed up of the growling. "He has to learn that the family dog does not vote on this show," he said.

In the early rounds of the competition, Abrams was a powerful presence who seemed to possess more talent and versatility than Scotty McCreery has on his iPod.

Yet, as the weeks went by, he seemed desperate to turn songs into obscure album tracks, rather than something people wanted to hum--or even talk about-- in the morning.

It's one thing being original. It's quite another to sacrifice yourself on the altar of self-indulgence. Somewhere, Abrams got to believe that winning Idol might not be too good for his career. He wants to be the Jesus of Jazz, the one who resurrects a genre and brings it anew to the people.

"If you were to do a duet with anyone, living or dead, who would it be?" Seacrest asked, repeating a viewer question. Abrams offered that he'd love to perform with Oscar Peterson--and then felt the need to explain who he was.

Last year's runner-up Crystal Bowersox and Bruno Mars performed during the interludes. Neither can be said to be entirely mainstream. Yet both manage to maintain at least a level of credibility.

In order to produce some semblance of excitement (but definitely not credibility), the producers left Abrams and McCreery on the stage at the end. But let's be clear, these weren't stool-sitters. These weren't the bottom two.

The producers just wanted millions of little girls to get painful tummies on imagining the prospect of their cute little ham of a country boy departing their lives.

Abrams offered a wonderfully graceful exit. He sang "I'm Going To Put a Spell On You." He kissed both Jennifer Lopez and Tyler. He bro-hugged Randy Jackson. He kissed girls in the audience. He leaped into his fellow contestants. He wanted to re-establish his crazy credentials.

Yes, he had cast a spell. But how much more wonderful would it have been if, instead of making jazz seem ever more obscure to the average American, he had attempted to move jazz just a little towards the listener?

Perhaps when his producers (who knows, perhaps it will be Iovine) get him into the studio, they'll have a little chat and explain a few things about the music business.

If that doesn't work, they can always start growling.