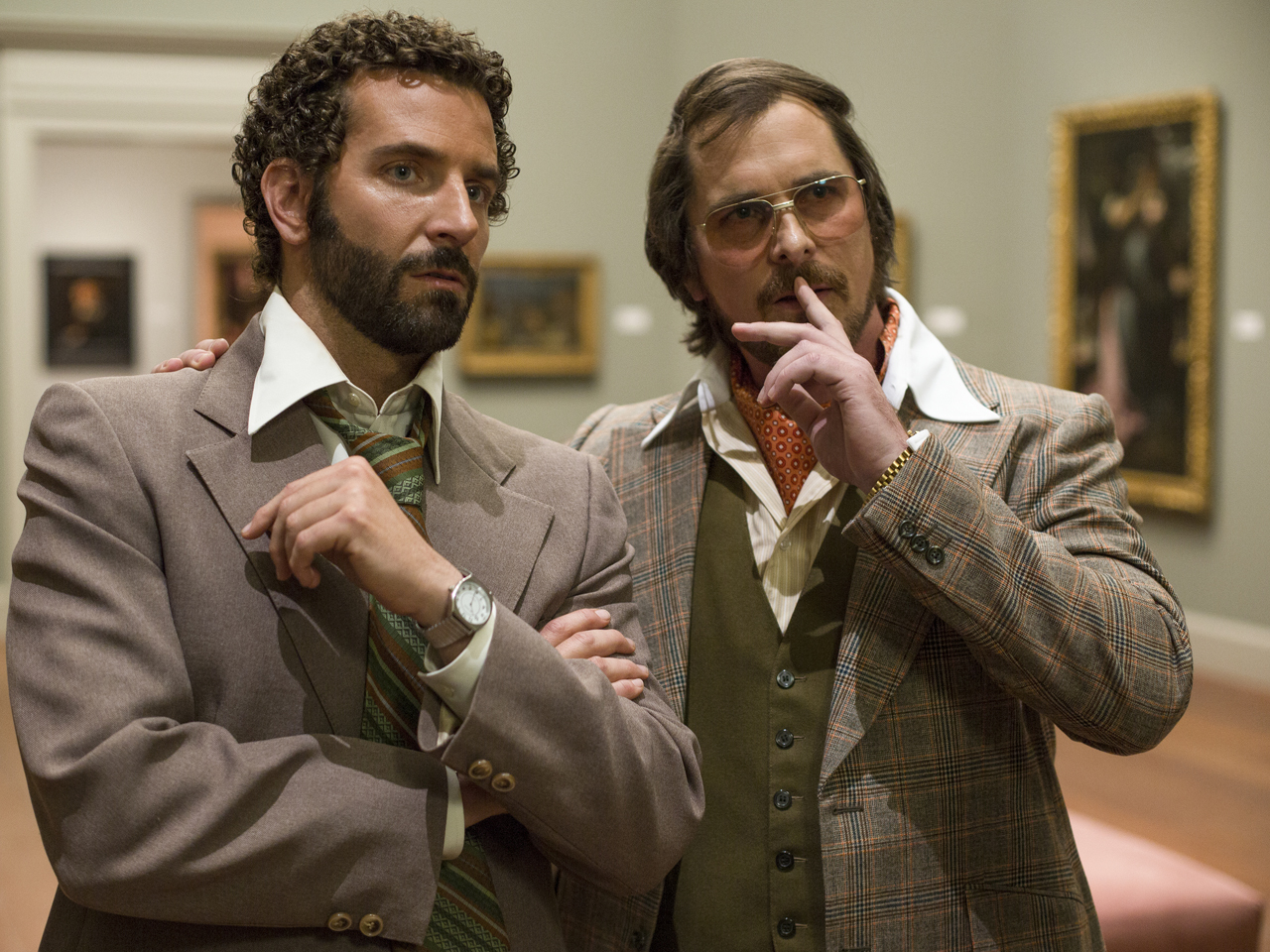 People hustle for different things -- money, love, family -- but they all hustle to survive.

Written by Eric Warren Singer and Russell ("The Fighter," "Silver Linings Playbook"), the movie is based on the true story of a con artist (Bale) and his partner (Adams) forced to work with a federal agent (Cooper) to take down fellow cons, mobsters and cooked politicians.

The two-and-a-half minute trailer puts the '70s world on display, along with glimpses of Cooper sporting curlers, Bale with a comb-over and potbelly and Lawrence as a disgruntled mother.

"American Hustle" opens in New York and Los Angeles on Dec. 13, and expands to wide release on Christmas Day.

Watch the new trailer below: