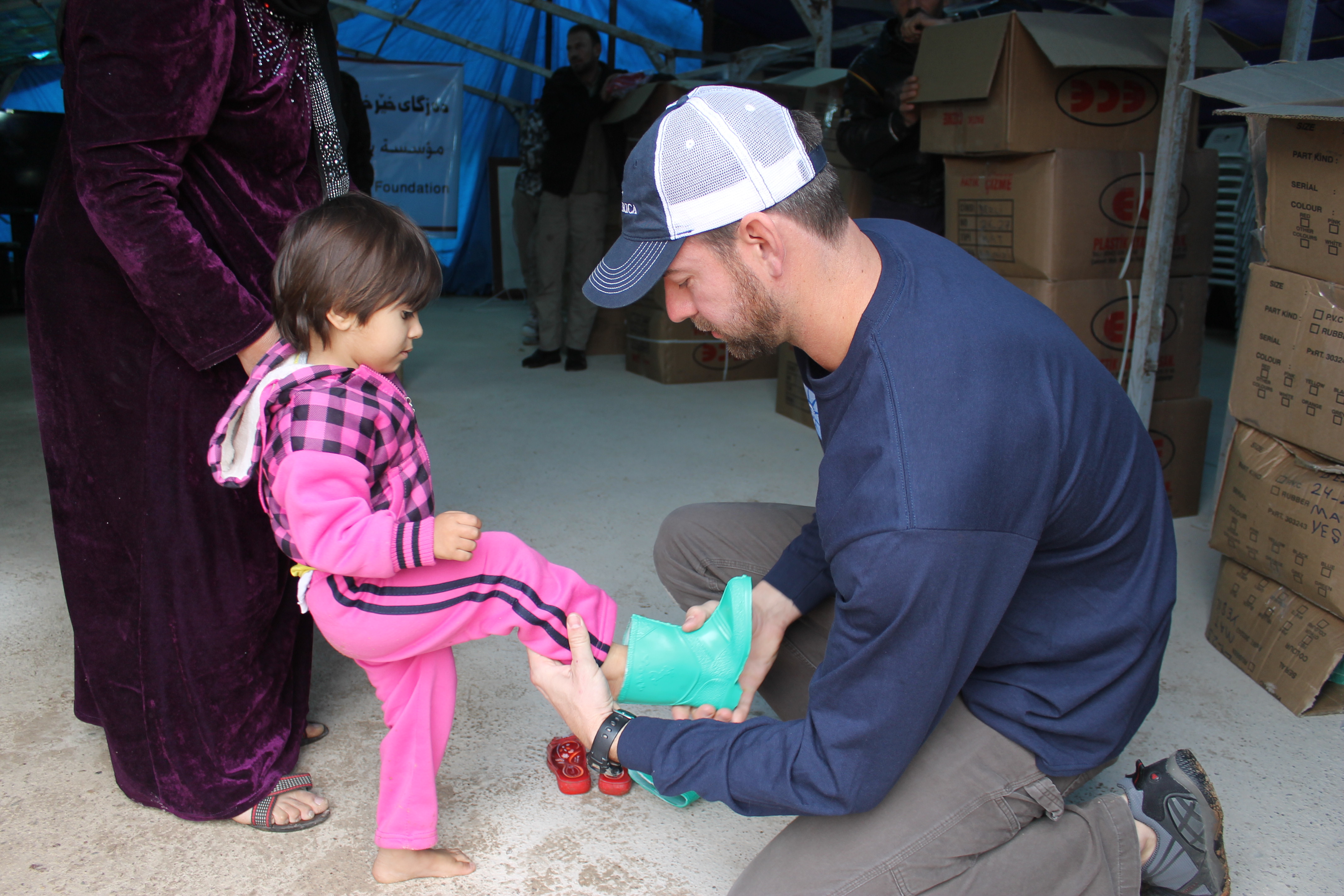 It's one of the heartbreaking realities of the Islamic State of Iraq and Syria (ISIS) rampage through Iraq and Syria: More than 100,000 children are among nearly one million people forced to escape into northern Iraq.

But a little-known group of American civilians is helping those kids face winter by giving new meaning to "boots on the ground," reports CBS News correspondent Margaret Brennan.

You could call it a wartime Cinderella moment. For a child who has lost everything to ISIS, a shiny new pair of rubber boots is an extraordinary gift this winter.

Army veterans Chris Cleary and Isaac Egan work for Spirit of America, a unique charity that partners with the U.S. military in war zones to provide aid to local populations.

They've delivered 25,000 pairs of boots to northern Iraq since November, each pair costing $2, and all funded by Americans.

"The temperatures somewhere between 30 and 40 degrees and you have a kid that's wearing nothing but sandals, maybe socks and sandals and some of them just barefoot running through the mud, running through the cold ground and you can put a pair of boots on their feet, it's pretty gratifying," Egan said.

Spirit of America CEO Jim Hake was an Internet entrepreneur when the planes hit the World Trade Center on September 11th. He thought of his two young sons and decided to use his business expertise to help reshape the image of America abroad.

His military contacts told him winning over the locals in war zones could do that and save lives.

"Most people want a better life, and we Americans, we ought to be, and we are the better life people," Hake said. "So, if we can help our troops and our diplomats in these terrorist and conflict situations, move things in the right direction by simply helping people by what they achieve to aspire to, that reduces the need for conflict. It prevents conflict."

Since forming in 2003, the charity has worked in 32 countries, providing everything from metal detectors to Afghan police to veterinary training for West Africans.

Hake said they can act faster than governments in part because they take donations directly.

"One hundred percent of that money goes directly to provide those boots," Hake said. "And it happens in lightning speed. So after we received our first donation for the project, we had literally boots on the ground in helping these children within 14 days."