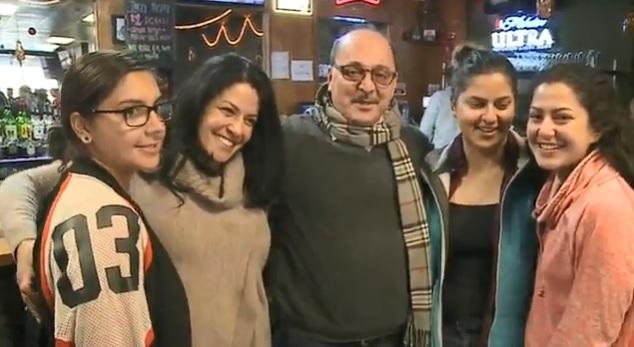 YOUNGSTOWN, Ohio -- An Ohio businessman who came to the United States 39 years ago has been deported. CBS News affiliate WKBN-TV reports immigration officials sent Amer "Al" Adi Othman back to his native country of Jordan on Monday night. His flight departed from Chicago.

Congressman Tim Ryan, who fought for Othman to stay in the U.S., released a written statement that reads in part: "It is a sad day for Amer, his family and our entire community. Amer Othman was ripped from his four daughters, his wife, and the country that he has called home for over 30 years. Amer was a pillar of the community and brought commerce to a downtown that craved investment. He hired members of our community. He paid taxes. He did everything right."

"There are violent criminals walking the streets, yet our government wasted our previous resources incarcerating him," Ryan continued. "I am deeply saddened and extremely disappointed with this outcome. I'm sad that America, and the American Presidency has become a place where politics outweighs doing what is right."

Family members say they had little notice that their loved one was being deported. They were notified of Othman's departure at 8 p.m., and had to say goodbye on the phone.

"I'm a little relieved to know that he's not in prison, but I'm sad that this was such a cruel, inhumane way they did it," Othman's wife, Fidda Musleh, said. "We're going to take it one day at a time. I have a business to run, I have children to take care of. I gotta figure this out."

Othman's family members say they plan to attend an immigration rally in Cleveland on Tuesday evening.

At this time, it remains unclear if Othman -- who owns the Downtown Circle Convenience Store and Deli in Youngstown, Ohio -- will be able to return to the U.S., family members told WKBN-TV.

U.S. Immigration and Customs Enforcement (ICE) officials arrested Othman on Jan. 16 during a hearing on his immigration status. He was held at the Northeast Ohio Correctional Center, where family members say the government treated him like a criminal even though he was never convicted of a crime.

Prior to Monday, Othman was scheduled to be deported. He had planned to leave for Jordan, but was granted him a temporary stay.

According to immigration officials, Othman's first marriage to a woman in 1980 was a "sham." An affidavit, which was signed by the woman, says she married him to help him stay in the U.S., according to court documents. But she later took back her statement.

Court records show Othman abandoned his lawful permanent residence status by moving to Brazil with his current wife in 1988. They returned to the U.S. in 1992.

Two years after their return, Othman's wife unsuccessfully filed a petition for permanent residence on his behalf.