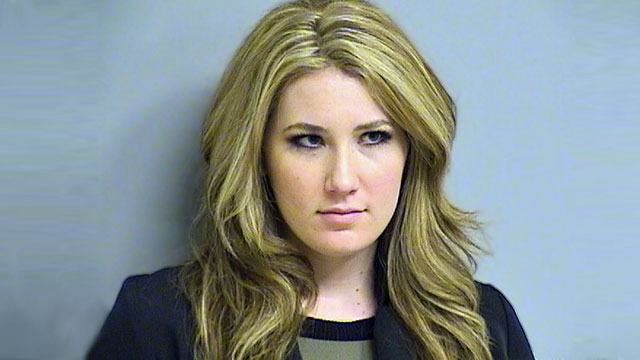 (CBS) TULSA, Okla. - Amber Hilberling, a Tulsa woman charged with murder for allegedly pushing her husband out the window of their 25th floor apartment in June 2011, took to the witness stand in her trial on Friday, CBS affiliate KOTV reports.

Hilberling, now 21, who was 19 and pregnant at the time of Joshua Hilberling's death, is charged with second-degree murder.

She claims she pushed her 23-year-old husband, who was an Air Force vet, in self-defense and didn't intend for him to fall through the window. She argues the glass in the apartment window was dangerously thin.

Amber told the court on Friday that Joshua grabbed her shoulders hard enough to scare her and make her afraid for her unborn son, so she pushed him. She spoke of making eye contact with her husband as he went out the window, and that much of what happened afterward is a blur, the station reports.

On the day prior to Amber's testimony, jurors watched a video that showed her talking to her grandmother in a police interview room on the day of her husband's death.

In the video, Amber told her grandmother that Joshua was "messing with the TV and I pushed him," KOTV reports.

Prosecutors have challenged Hilberling's claim of self-defense by calling police detectives who testified they saw no signs of a struggle in the couple's apartment.

Defense attorneys called in a glass expert to testify on Friday. The expert said that the glass used for the apartment building's windows is usually only used in small windows and picture frames. He also testified that the window had been re-caulked many times and caulk was decomposing, the station reports.

The expert also testified that the rubber gaskets holding in the window were in bad shape and reused even after the window was replaced.

In September 2012, Amber filed a wrongful death lawsuit against the property management company and University Club Tower's management and maintenance staff, claiming that they knowingly installed dangerous windows in the apartment building where the couple lived.

Prosecutors maintain the caulk or the gaskets did not cause the window to break - the impact of Joshua's body did.

Closing arguments in the case are scheduled to begin Monday.

Amber Hilberling faces up to life in prison if convicted.