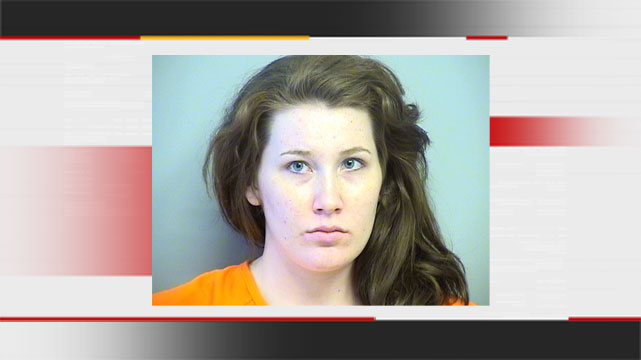 (CBS) - A Tulsa woman accused of pushing her husband to his death from a high-rise apartment building has been ordered to stand trial for murder.

Josh Hilberling was 23 when he died this June after falling 17 stories out of an apartment  window. On Wednesday, a judge found enough evidence to hold his wife, 20-year-old Amber Hilberling, for trial on charges of second-degree murder.

Hilberling is accused of stating many times to various law enforcement officials that she pushed her husband out of the window, the newspaper reports.

Her defense attorney, Mark Collier, said that evidence of statements from Amber about pushing him doesn't rule out that the death was accidental.

At the time of the alleged murder, there were glass repairmen inside the apartment doing work on the window.

One of the men, Armando Rosales, testified that he was in the bedroom when he heard a crash and a man screaming. His employee claimed that when went downstairs to get materials from his truck he saw Josh Hilberling screaming as he fell the 17 stories to his death. Amber supposedly appeared at the window seconds later.

The employee said, "I was walking toward the building. I heard glass break. It was like the movies. I see this guy falling. I could hear him screaming. He was really scared on the way down."

Authorities said when they arrived at the scene Amber had a gash on her arm. She was seven months pregnant.

Officer Don Holloway said that after the incident when Amanda and her grandmother were put in an interrogation room at police headquarters, he overheard Amber explaining to her grandmother what happened, details CBS affiliate KOTV.

Holloway recorded Amber on his cell phone and in the recording she is heard saying, "Me and Josh got into an argument. He threw something at the window and broke it. I went back into the living room. I pushed Josh into the wall - and the wall was windows. I pushed him into the candle stick things and he fell."

Defense attorney Collier says, "She didn't just talk about pushing him - she talked about not meaning too. She talked to these various witnesses about how he tripped on some candlesticks - about she pushed him against the wall, not the window. She tried to catch him."

No trial date has been set for Hilberling, who will be back in court on October 31st.