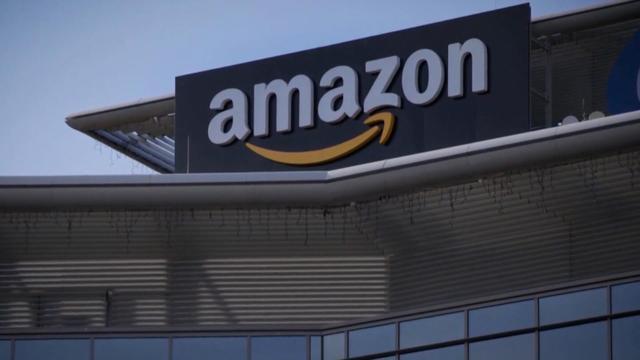 Amazon walked away from its HQ2 bidding process with more than $5 billion in tax breaks and grants from the two winning locations: New York City and Arlington, Virginia. Along the way, Amazon reaped something from more than 200 cities who submitted proposals to house the new headquarters that might be even more valuable: Data. Lots of it.

In its 14-month search for HQ2, Amazon received 238 proposals from cities hoping to lure the online retailer, with the promise of 50,000 jobs and billions of dollars in investments. Those bids included exhaustive data about nearly every aspect of civic life, including zoning codes, land ownership, population demographics, mass transit ridership, infrastructure plans, the progress of development projects and much more.

For a company looking to expand its empire with new facilities – and to find new ways to reach customers faster – that data could prove priceless.

"I think they had this in mind from day one," Richard Florida, a University of Toronto urban studies professor who tracked the HQ2 process, told CBS News. "This was about crowdsourcing data ... This was never about an individual HQ2."

Florida called the bidding process a "game" that gave Amazon leverage on cities it could use for future business opportunities, even if those cities had little chance of winning the second headquarters.

Indeed, some smaller cities that didn't meet the company's criteria for HQ2, such as a having population of at least 1 million people, submitted bids anyway in hopes of attracting Amazon's attention. And some cities that made the list of 20 finalists – like Columbus, Ohio, and Indianapolis – did not meet requirements like mass transit, but Amazon still engaged them through the final parts of the process and collected more information.

It's impossible to know the full scope of city data that Amazon picked up, since most cities have kept their bids secret. But the few that released them give an idea of what Amazon learned thanks to HQ2.

The San Francisco Bay Area bid included chapters on the region's education, transit and housing demographics, along with encyclopedic entries about every potential place where HQ2 could go. The Camden, New Jersey proposal detailed billion-dollar infrastructure improvement projects that are in the works, some of which are years away from completion. The bid from Boston provided the most minute details about the city's residents, such as how many live near a park and how many walk to work.

Beyond this, Amazon also learned how far cities will go to woo the company — something it can use the next time it wants to expand operations. The bids laid out the incentive packages that Amazon would get from the cities, and the two eventual winners were not even the most generous. Newark, New Jersey, offered Amazon incentives worth $7 billion, the largest in state history and of any city in the bidding process.

The HQ2 announcement came with something of a consolation prize for Nashville, Tennessee, which will house an operations center expected to bring as many as 5,000 jobs. The next time Amazon looks for another center, it already knows some of the most valuable information it would need.

"They know cities' best and final offers for HQ2," Nathan Jensen, a University of Texas at Austin government professor and coauthor of "Incentives to Pander: How Politicians Use Corporate Welfare for Political Gain," told CBS News. Amazon also has "personal contacts at economic development" in these cities and knows "the limit" of what it can expect from them, Jensen said.

Some cities even made clear that they would shuffle their own governments for Amazon's approval. Boston said it would set up an "Amazon Task Force" of city employees who would work on Amazon's behalf. Fresno, California, proposed putting most of the money generated by Amazon into a fund that would be overseen by both city officials and Amazon officers, who would decide how to spend it. The mayor of Stonecrest, Georgia, suggested creating a city called Amazon and installing Jeff Bezos as a permanent mayor.

In a statement to CBS News, Amazon said, "Economic incentives were one factor in our decision — but attracting top talent was the leading driver." The company also said that it has announced more than 6,000 jobs in locations that submitted bids for HQ2 but were not selected. An Amazon representative said the company will not use any data from cities to target customers for products or advertisements.