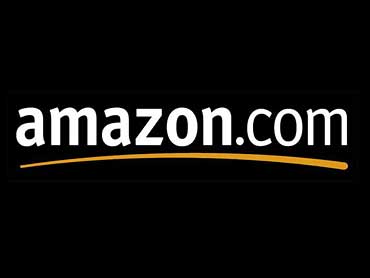 Soon after Amazon.com Inc. debuted 10 years ago, Jeff Bezos and his handful of employees spent late summer nights packing books in a tiny warehouse, scrambling to ship a growing gush of orders.

Today, the man who has grown accustomed to being hailed the king of Internet commerce runs a global powerhouse that did nearly $7 billion in sales last year, dealing in everything from banjo cases to wild boar baby back ribs.

As more businesses beef up their online operations, is the company that helped get it all started in danger of seeing its dominance eroded by the competitors it helped spawn?

Time will tell, but industry experts say Amazon is well positioned to maintain a firm grip on its title as the undisputed e-commerce leader.

"I think Amazon's biggest challenge is itself. They've really raised the bar for the entire industry," said Kurt Peters, editor of Internet Retailer, a monthly magazine covers the business.

In the beginning, Bezos said he had no plans to sell anything but books online. But after it went live on July 16, 1995, the business took off more quickly than anyone had predicted, and before long customers started clamoring for more.

"We actually started to get e-mails from customers saying, `Would you consider selling music, because I'd really like to buy music this way, and DVDs, and electronics?" Bezos said in a recent interview.

Amazon has nearly 49 million active customers. They bought more electronics during last year's holiday blitz than books, a first for the company.

With $6.92 billion in sales in 2004, Amazon ranked at the top of Internet Retailer's annual top 400 list, well ahead of computer maker Dell Inc., which posted $3.25 billion in online business-to-consumer sales. Office Depot Inc., which has a partnership with Amazon, wasn't far behind with $3.1 billion.

EBay users sold $34.2 billion in merchandise through the online auction house in 2004 but the magazine doesn't include it on the list because it's essentially an online shopping bazaar, not a retailer.

Scott Devitt, an analyst with the Baltimore investment firm Legg Mason Wood Walker, Inc. said he thinks comparison shopping sites like shopping.com and shopzilla.com pose the most formidable threat, because they can often push prices lower than Amazon.

"But when you buy from a comparison shopping site, just like when you buy from eBay, you don't know what you're getting from the merchant," Devitt said. Amazon has had a decade to build up trust that it will deliver orders on time and cheaply enough to keep customers coming back.
Amazon's groundwork paved the way for competitors to follow, but Devitt says he thinks most retailers, especially brick-and-mortar shops, have a lot of catching up to do: "Amazon is always one step ahead."

"Earth's Biggest Selection" no doubt owes at least part of its name to the alliances it has forged with dozens of high-profile retailers, including Target Corp., Macy's, Nordstrom Inc., Toys R Us Inc. and wine.com.

"If there were a significant interruption to those, that could be a problem for Amazon," said Richard Hastings, a retail analyst for the credit-ratings firm Bernard Sands.

To hold onto its spot as top dog, Hastings said Amazon will have to keep being nimble to fend off attackers at the flanks of its business, like eBay, online DVD rental Netflix Inc. and discount retailer overstock.com Inc.

More than 900,000 third-party sellers now hawk their wares on Amazon, making up more than a quarter of last year's overall sales — a sure sign that Amazon is getting serious about taking on eBay.

And last month the company started renting DVDs in Germany, six months after it got into the same business in the United Kingdom.

Amazon hasn't said when — or if — it might go head-to-head with Netflix, which took over Wal-Mart Stores Inc.'s DVD rental business in May after the world's largest retailer admitted it couldn't compete.

Amazon first ventured beyond books when it added music and DVDs in 1998. Electronics, toys, games, home improvement items, software and video games came a year later. Today it has 31 product categories and does business in seven countries.

International sales accounted for nearly half the company's revenue last year, and Bezos has vowed to continue expanding overseas.

Analysts say Amazon has won over the masses with its vast selection, a brand name everyone knows, a site that's easy to navigate and a reputation for reliability.

"They've developed an extremely loyal customer base, and they've cultivated that by continually lowering prices and adding features to their Web site," said Dan Geiman, an analyst with McAdams Wright Ragen in Seattle.

The company has also weathered hard times that killed off most early online retailers.

As the dot-com craze reached fever pitch, it made some bad investments in failures like living.com and pets.com. When the bubble burst in 2000, it scaled back and laid off 1,300 employees. And it took several years to post a profit.

The bumps in the road and the lingering volatility of the company's stock price don't seem to phase Amazon's eternally ebullient CEO.

The stock has been trading in the mid-$30 range in recent months after topping $100 a share in the late 1990s. Bezos plays the unflappable optimist when he points out that, adjusting for splits, the stock started out at $1.50 a share.

"In eight years to go from $1.50 a share to $35 a share is unusually good performance by any measure," he said.