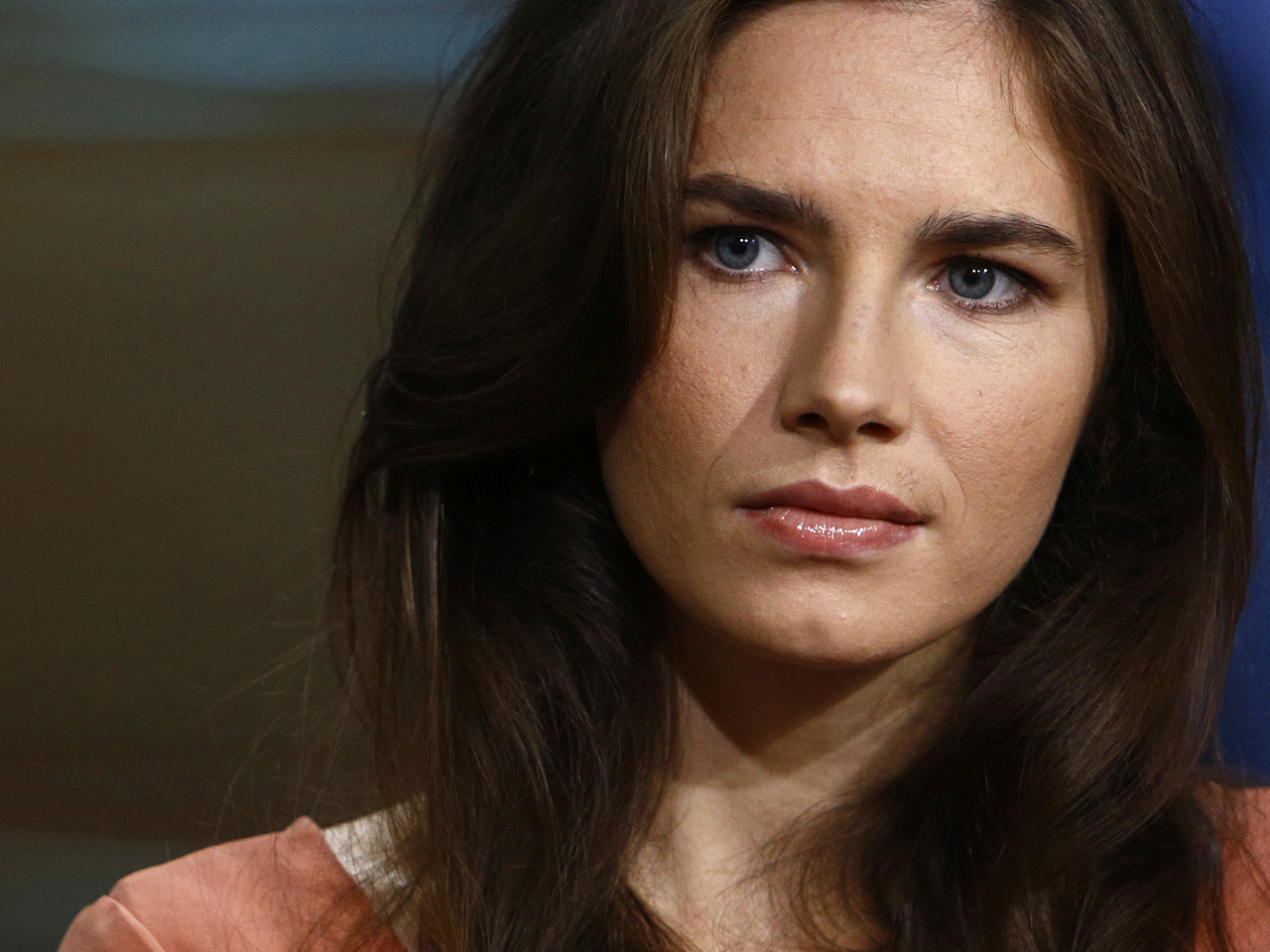 (CBS) - Last night on Italian television, Amanda Knox was the main event and, for the first time in six years, she landed a solid punch to the glass-jaw of her opponents. The fight isn't over yet and there are several rounds to go, but the 26 year-old's verbal blows, aided by new DNA results, may prove a "decisive" knockout of her ever-weaving and dodging pursuers.

Amanda Knox and her former boyfriend, Raffaele Sollecito are again facing charges that they stabbed Meredith Kercher to death in the British student's bedroom in Perugia, Italy in November 2007. Another man, Rudy Guede, is currently serving a 16-year sentence for Kercher's murder.

Knox's legal ordeal began on November 2007 when she was arrested and jailed after a false confession implicated her in the Kercher murder. In 2009, Knox was convicted for the Kercher murder and sentenced to 26 years in prison. But in 2011, an appellate court acquitted Knox of homicide. After spending four years in prison, Knox was released and immediately returned to her home town, Seattle. But this year, the Italian Supreme Court overturned the acquittal and directed that a new appellate trial begin in Florence. Those proceedings started in late September, but Knox is not in the courtroom, she is staying put in Seattle.

The Florence judge says Knox is in "default" because she has failed to appear in the courtroom. But there is nothing much the judge can do about it since 4,800 miles separate Seattle from Florence. Still, Knox's very public no-show is a thumb in the eye of the court. It is also a sign Amanda Knox is coming out of her corner, fighting.

For years, Amanda Knox has been on the receiving end of the best body blows the media and Italian prosecutors could deliver. She took it and held her tongue. Even after spending four years in prison, the American student rarely, if ever, had a bad word for her tormentors.

So what did Knox say on the Italian talk-show Porta-Porta last night that caught Crimesider's attention?

Amanda Knox told the talk show: "I am not the femme fatale criminal fantasy they describe. This person does not exist. They put a mask on me, they put evil on me, but they didn't try to see who I really was."

Knox also told Porta-Porta what she believes is the real motive behind her third homicide trial in six years. She said, "I am paying for the mistakes of the police, of the investigators who don't want to admit that they are wrong."

Indeed, the lengthy list of mistakes by investigators and police in the early days of the Kercher case filled hours of testimony at Knox's 2011 appellate trial. That testimony resulted in virtually everything the police collected, surmised, and threw against Knox being labeled "unreliable" and tossed into the waste bin of the 2011 appellate court.

One of the big items trashed was the prosecution's claim they had found the knife that killed Meredith Kercher. The supposed murder weapon was discovered in a moment of clairvoyance by a Perugia police officer who apparently knew exactly which knife, among many in a kitchen drawer in Sollecito's apartment, was "the" knife. It was worthy of an episode on MythBusters. And, indeed, the myth was "busted" by the 2011 appellate court when it dismissed the kitchen knife as the weapon that killed Meredith Kercher.

But the Italians would not give up on the knife, and this year the Florence court ordered new DNA tests. There remains one trace bit of evidence, number 36-i, that was never tested. There's been speculation the new tests would prove trace 36-i to be Meredith Kercher's DNA. Effectively guaranteeing guilty verdicts for Knox and Sollecito.

Amanda Knox pre-taped her interview with Porta-Porta last week. So when she said she is "paying the price" of police mistakes, she likely had no idea what the new tests on trace number 36-i would soon reveal.

This past weekend the results of the initial test on trace number 36-i were leaked to Italian media. The DNA isn't Meredith Kercher's. Nor is it Rudy Guede's. So there is still zero proof the kitchen knife is the murder weapon. The myth looks to be "busted" a second time.

The leaked test results say trace 36-i is Amanda Knox's DNA. Since the knife came from Sollecito's Perugia apartment in 2007, and Amanda Knox prepared food in that apartment, there is little mystery as to how Knox's DNA got on the kitchen knife.

The Italian Supreme Court has declared the results of tests on trace number 36-i to be "decisive." More tests on trace number 36-i may be forthcoming. Should they also fail to find Meredith Kercher's or Rudy Guede's DNA on the kitchen knife, the fight should be called. The figurative referee should raise the arms of both Knox and Sollecito and let them exit the ring once and for all.