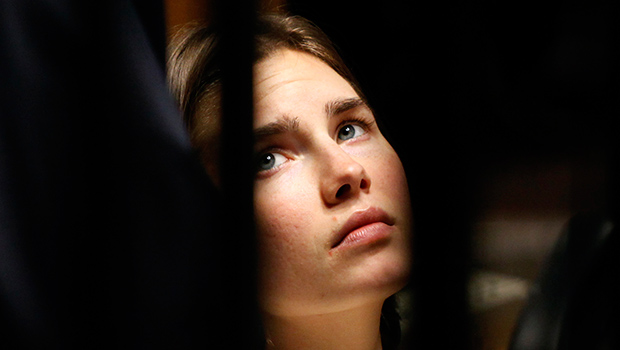 On the 10th anniversary of Meredith Kercher's death, her roommate Amanda Knox wrote a tribute that was published online Wednesday that recounts the months the two spent together in Perugia, Italy.

Knox's article is titled "Mourning Meredith" and was posted on the Westside Seattle website. She recounts memories with Meredith and writes "... what I find are beautiful, banal moments we shared in the weeks we lived side-by-side" and mentions grocery shopping, dodging cars and sipping espresso together after class.

"My memories of Meredith are buried beneath the horrific autopsy photos and crime scene footage I saw, the slurs I was called, the death threats I received," Knox writes. "Meredith was my closest friend in a new and exciting time in our lives. But I think it's also because I've never been allowed to mourn her."

Rudy Hermann Guede, an Ivorian, is serving a 16-year sentence for the murder of Kercher, found stabbed in her bedroom in a house she shared in Perugia with American student Amanda Knox. Knox and her former Italian boyfriend Raffaele Sollecito, after flip-flop verdicts of convictions and acquittal, were ultimately exonerated of the murder by Italy's top criminal tribunal, the Court of Cassation.

Guede was initially sentenced to 30 years in prison, reduced on a previous appeal to 16 years. Last year, for good behavior behind bars, Guede was allowed an overnight stay at a house run by volunteers assisting inmates.

In a case closely followed in the United States, Knox and Sollecito steadfastly proclaimed their innocence. Their judicial saga included time in prison following convictions, and release after an acquittal, before being definitively acquitted of the murder in 2015.

Knox, now in Seattle, mentions in her article that "there are some people who believe I have no right to mourn Meredith. They believe that I had something to do with her murder -- I didn't -- or that Meredith has been forgotten in the wake of my own struggle for justice -- she hasn't."

She concludes by saying: "Most depressing of all is that Meredith isn't here, when she deserves to be. She is painfully missed by everyone who loved her. I miss her, and I'm grateful for the memories of our time together."