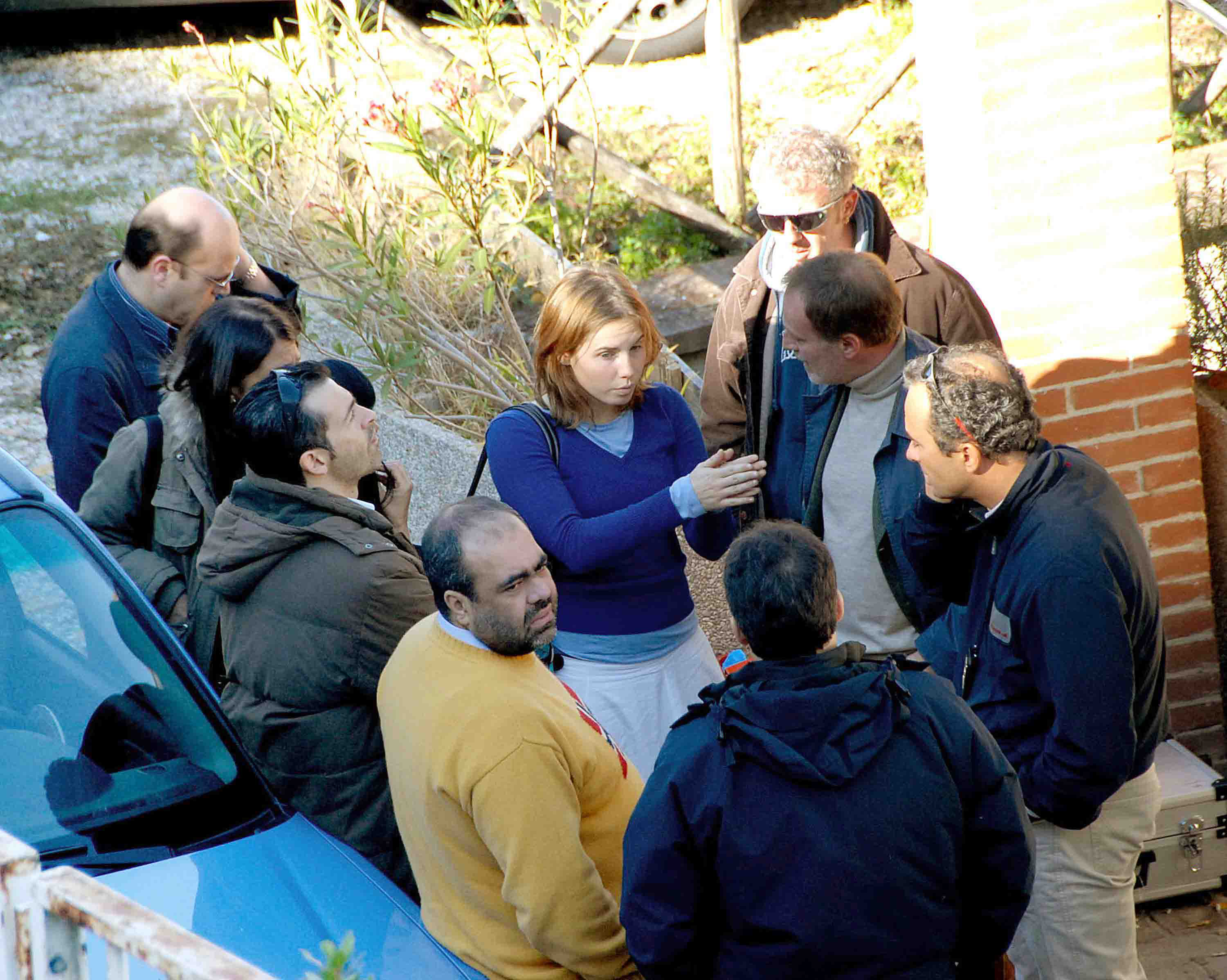 CHICAGO, Ill. (CBS)  Amanda Knox, convicted of murder in Italy last year, has been photographed countless times and her image featured in news stories across the world.

Yet, there is an alarming photo of the American student few have seen. The framed photograph isn't troubling for what it shows. It's shocking because of where, and when, it was ultimately displayed.

A wire service photographer took the original shot on November 3, 2007 in Perugia, Italy. That was a day after British student Meredith Kercher was found murdered in the bedroom of a house she shared with Knox.

The photo shows Knox, dressed in a navy blue V-neck sweater, talking with a group of law enforcement agents in the driveway of the crime scene house. The young American is gesturing with both hands, but the photo isn't a compelling action shot. It is a simple image of police listening to a potential witness.

Nonetheless, this Amanda Knox photo found its way to Rome. It was enlarged, neatly laid out on white matting paper, and put in an attractive wooden frame. Amazingly, it was then hung on a wall in the headquarters of the Italian forensic police in what can only be called a hall of shame - a photo gallery of many of Italy's most notorious criminals who the police had brought to justice.

That was long before Knox was actually charged with murder.

"I could not believe my eyes when I saw the picture," says CBS consultant and Chicago private investigator Paul Ciolino. "There's a photo of Amanda Knox, an honor student from Seattle, hanging along side of photos of Italy's most vicious killers, kidnappers and mafia kingpins. It was unbelievable. I mean, the girl hadn't even been charged with a crime at the time, yet she'd become one of the big trophy criminals they'd bagged."

Ciolino saw the photo display for himself when he was at the Rome forensic police headquarters in February 2008.

The Italian Constitution affords those in Italy the same right the American system of justice protects -- a person is innocent until proven guilty in a court of law.

"If that is the case," asks Ciolino, "then why is Amanda's picture up on the wall? Looks like she's been singled out as guilty from the start. Especially when you consider there were no trophy photos of her co-defendants, Rudy Guede or Raffaele Sollecito, hanging in the hall of shame. It's just her."

The Roman forensic police literally nailed Knox to a wall just three months after she was arrested and eight months before she was formally charged with any crime.

To Ciolino, it's a case where one picture really is worth a thousand words. He notes, "This is the forensic police after all; the scientific cops. Their main job is to be objective. Ask yourself, were they? Amanda's hall of shame photo screams bias against this young American girl. She never stood a chance."


Doug Longhini is an investigative producer for 48 Hours | Mystery. He has been covering the Amanda Knox case since November 2007.