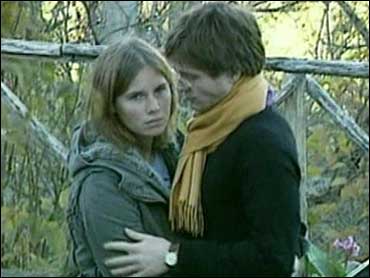 CHICAGO (CBS) In Rome, Italy, one street tries to separate fact from fiction.

The Via Tuscolana runs southeast through the city. On one side of the street is the sprawling Cinecitta movie lot. The famed, surrealist director, Federico Fellini worked there. Directly across the road is the imposing Rome office of the Italian forensic police.

Though neighbors, illusion usually stays on one side of the street, reality on the other.

But in the case of Amanda Knox, the American student convicted of murder in Italy last December, the Via Tuscolana apparently failed to separate fantasy from truth. Too many Italian investigators rivaled Fellini as they interpreted, and reinterpreted facts, to suit their own, surrealistic script.

British student Meredith Kercher was killed in her bedroom in Perugia, Italy, on November 1, 2007. Three days after the body was discovered Amanda Knox and her Italian boyfriend, Raffaele Sollecito, were interrogated by police. The next day, the two were arrested and jailed, and eventually, convicted of the murder.

How did Italian police target Knox and Sollecito so quickly? One answer came three months after the arrests. In February 2008, 48 Hours met with Fabio Giobbi, a department head at the Via Tuscolana offices of the forensic police.

Giobbi told 48 Hours he was proud that Knox and Sollecito were arrested before fingerprints, blood, footprints, or DNA were analyzed by his office. Instead, Giobbi explained, the case was solved simply by observing Amanda Knox's behavior.

And what was suspicious about Knox's behavior? What gave her guilt away? Giobbi pointed to three incidents.

But a warning first: in true movie fashion, Giobbi is going to start sounding like a character in a Fellini film, where imagination is the same as everyday reality.

The first "suspicious" Knox incident took place at the crime scene. Giobbi told Knox that he was going to the house next door to talk with people there and ask if anyone witnessed anything unusual the night of the murder. Immediately after hearing that, Amanda Knox broke down, sobbing uncontrollably. Giobbi thought Knox's reaction was troubling because there are no houses next door to the crime scene. So why was she so emotional? Giobbi believes it was because Knox had a guilty conscious.

The second incident happened when Giobbi asked Knox to follow him into the apartment below the crime scene. Both Giobbi and Knox had to put protective covers over their shoes before entering. Knox got hers on first, and then showed off that fact by performing a hula-hoop motion with her hands on her hips and bragging about how she quick she'd been. To Giobbi, Knox's inappropriate, girlish behavior wasn't a sign of immaturity, but rather a peek inside the craven heart of a killer.

The third incident, according to Giobbi, was the most disturbing. It occurred when the police picked up Rafaele Sollecito for questioning, three days after Kercher's body was discovered. Police located Sollecito at a cafe. It was three in the afternoon and Sollecito was eating a pizza. But Sollecito wasn't alone. Amanda Knox was also sharing the pizza. This so-called "meeting" helped convince Giobbi the couple had acted together in the murder.

"Knox and Sollecito never had a chance," says Paul Ciolino, a CBS News consultant and Chicago private investigator. Ciolino was at the 48 Hours meeting with Giobbi in 2008, and says, "If I had not been there, hearing this for myself, I would have never believed Giobbi would actually believe that eating a pizza was probable cause in a murder case."

Now Knox and Sollecito share murder convictions, which are both being appealed.