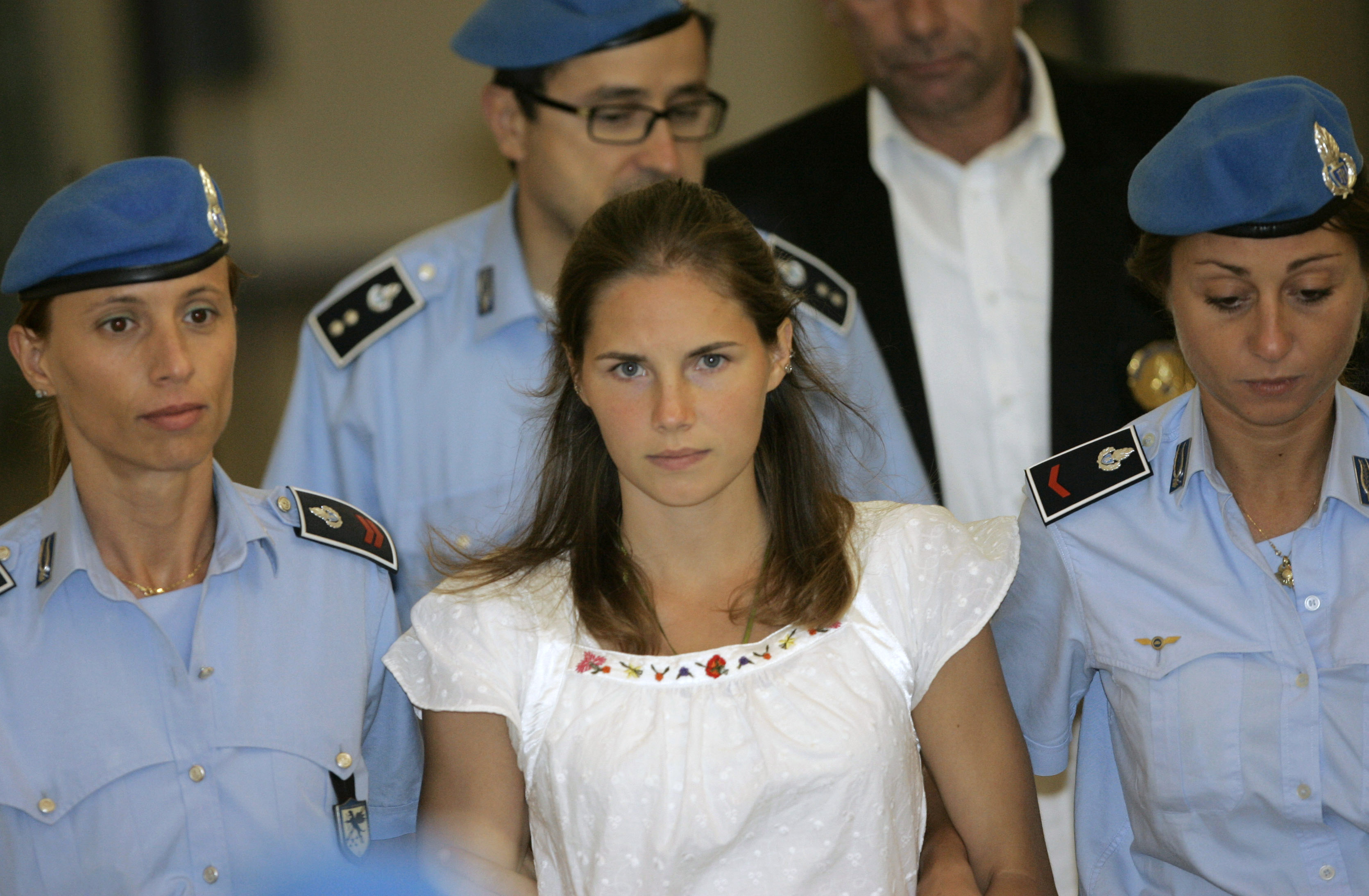 For the fourth time, an Italian court is to determine the fate of Amanda Knox.

Italy's top judges have to decide whether to uphold the Seattle woman's murder conviction. Their decision could spark a fierce extradition fight between Italy and the U.S., reports "48 Hours" correspondent Peter Van Sant, who has covered the story from the beginning.

Even after all these years, the case continues to draw worldwide attention, inspiring everything from books to movies. Knox, however, has tried to move past the painful experience. She's newly engaged and works as a freelance writer in Seattle, though she's reportedly seeing a therapist for PTSD, a clear sign this ongoing ordeal continues to haunt her.

Knox's personal absence didn't stop media from packing into an Italian courtroom Wednesday morning. The Supreme Court could decide once and for all whether she is to remain a free woman as soon as Friday.

It's the latest chapter in a nearly-eight-year saga involving allegations of satanic sex rituals, murder and lies.

"It is a complicated story and a lot of Italians believe a guilty girl was sent back to the United States," Newsweek national politics correspondent Nina Burleigh said.

To understand the latest twist, one must go back to the beginning: November 2007, when the body of Meredith Kercher was discovered in a pool of blood at the house she shared with Knox. Knox and her then boyfriend, an Italian citizen named Raffaele Sollecito, were seen kissing outside the crime scene in Perugia. Days later they were arrested.

Authorities also charged German national Rudy Guede after his DNA and bloody fingerprints were found at the scene. He's serving a 16-year prison sentence. Knox and Sollecito were each sentenced to more than two decades in prison, but after serving four years, they were acquitted on appeal in 2011.

Knox returned to her hometown of Seattle a free woman.

"Thank you to everyone who's believed in me, who's defended me, who's supported my family," she said in October 2011.

If the court decides to uphold its conviction, Italy could ask the U.S. to extradite Knox from Seattle.

"If the Italians make an extradition request, they are setting up a diplomatic showdown," Burleigh said.

Knox has said she would never return to Italy -- at least not willingly.

"They'll have to catch me and pull me back, kicking and screaming, into a prison that I don't deserve to be in," Knox said to in January 2014.

Ever since Italy's supreme court decided to rule on Knox's conviction, Meredith Kercher's family has made its wishes clear. They are convinced of Amanda's guilt and would like to see her imprisoned back where this all began -- in Italy.