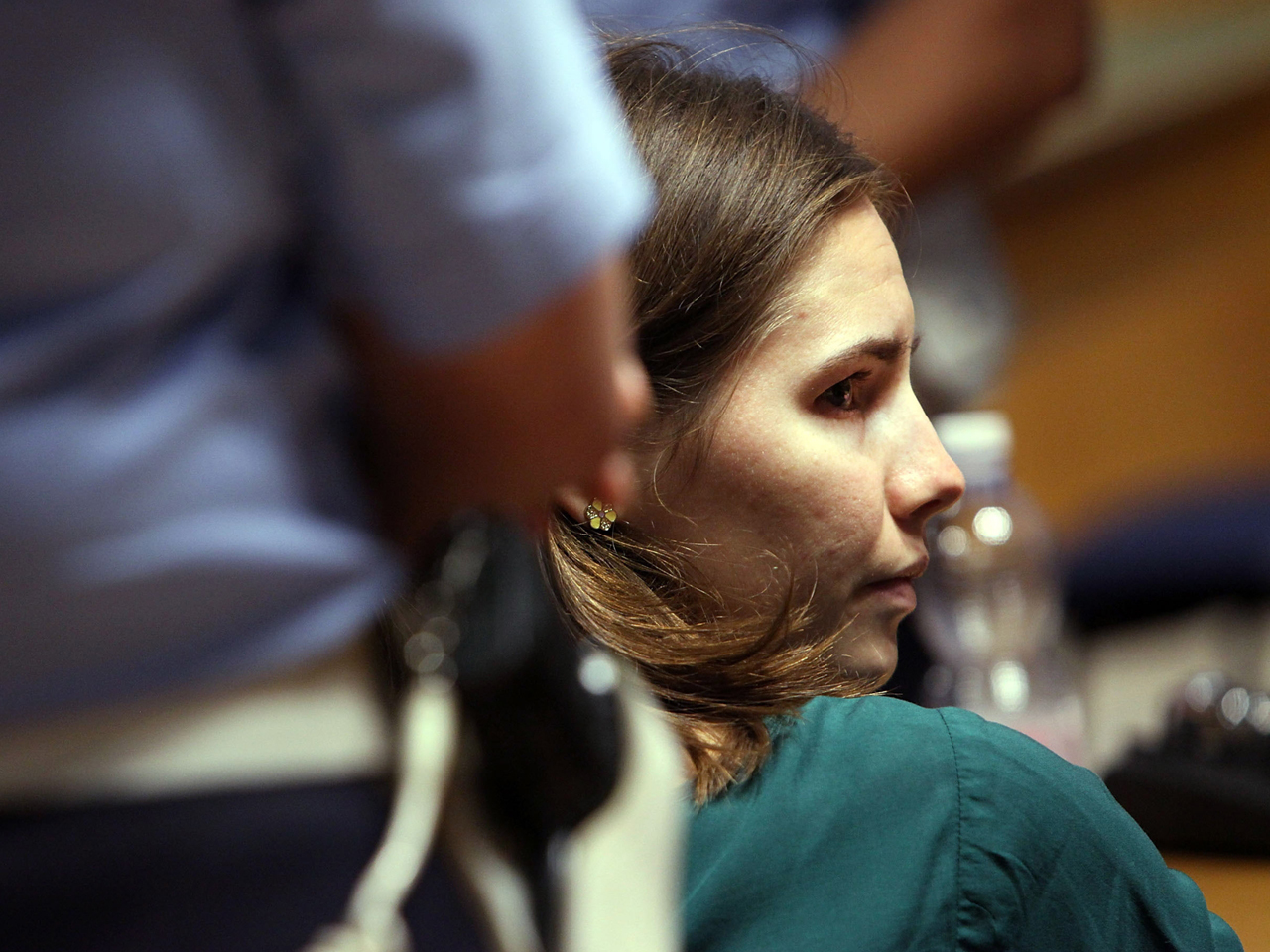 PERUGIA, Italy - Amanda Knox tearfully told an Italian appeals court Monday she did not kill her British roommate, pleading for the court to free her so she can return to the United States after four years behind bars. The court began deliberations moments later.

Knox frequently paused for breath and fought back tears as she spoke in Italian to the six members of the jury and two judges in a packed courtroom, but managed to maintain her composure during the 10-minute address.

"I've lost a friend in the worst, most brutal, most inexplicable way possible," she said of the 2007 murder of Meredith Kercher, a 21-year-old Briton who shared an apartment with Knox when they were both students in Perugia. "I'm paying with my life for things that I didn't do."

The highly-anticipated verdict, with Judge Claudio Pratillo Hellmann presiding, will be broadcast live.

On Monday morning, hundreds of reporters and cameras filled the underground, frescoed courtroom before Knox's address. Outside, police cordoned off the entrance to the tribunal.

As she waits, Knox was relaxing in the prison chapel, playing guitar and singing, according to an Italian lawmaker who visited her in prison Monday.

"These are obviously the most difficult hours," Rocco Girlanda, who has spearheaded a campaign in Italy in support of Knox, told The Associated Press. "The time never seems to pass."

Knox and co-defendant Raffaele Sollecito were convicted in 2009 of sexually assaulting and murdering Kercher, who was stabbed to death in her bedroom. She was found in a pool of blood and covered by a duvet the following day.

Complete coverage of the Amanda Knox case from Crimesider

Knox was sentenced to 26 years in prison, Sollecito to 25. Also convicted in separate proceedings was Rudy Hermann Guede, an Ivorian man. They all deny wrongdoing.

"She had her bedroom next to mine, she was killed in our own apartment. If I had been there that night, I would be dead," Knox said. "But I was not there."

"48 Hours Mystery" correspondent Peter Van Sant reports that Knox appealed to the jury - members of which wept openly during her statement - to reverse the conviction and let her return home.

"I insist I'm innocent and that must be defended. I just want to go home, go back to my life," she told the court through tears.

Van Sant says Knox's words brought tears even to the eyes of some journalists in the room.

Minutes before, an anxious Sollecito also addressed the court to proclaim his innocence and plead for his release from prison.

"I never hurt anyone, never in my life," Sollecito said, shifting as he spoke and stopping to sip water. He said at the time of the murder he was in a great period of his life, close to defending his thesis to graduate from university and having just met Knox.

The weekend Kercher was murdered was the first the pair planned to spend together "in tenderness and cuddles," he said.

At the end of his 17-minute address, Sollecito took off a white rubber bracelet emblazoned with "Free Amanda and Raffaele" that he said he was been wearing for four years.

"I have never taken it off. Many emotions are concentrated in this bracelet," he said. "Now I want to pay homage to the court. The moment to take it off has arrived."

The Kerchers have arrived in a Perugia hotel and are expected to be in court for the verdict.

Speaking this morning, Stephanie Kercher said her sister "has been most forgotten" in the media circus surrounding the high-profile trial.

"As long as they decide today based purely on the information available to them and they don't look into the media hype, I think justice will be found," she told reporters.