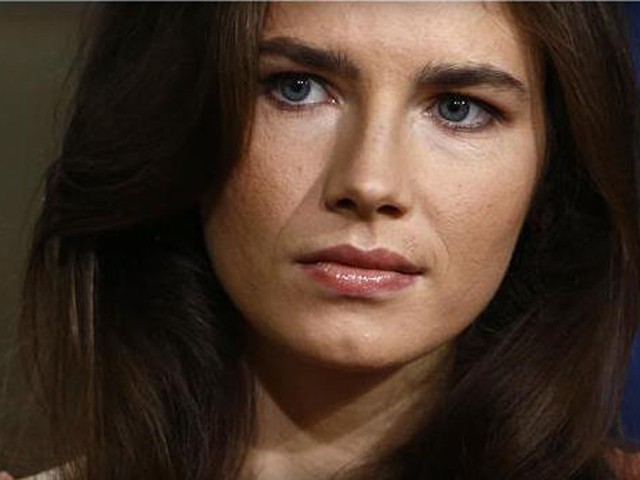 CHICAGO - Thursday, an Italian court ruled that Amanda Knox and Raffaele Sollecito were guilty of the murder of Meredith Kercher in 2007 in Perugia.  It has been a long and winding road to that verdict.  Some might even say torturous.

READ: A timeline of the Amanda Knox case

Yesterday’s guilty verdict became the second time the American student and her former boyfriend were convicted of murdering Meredith Kercher. Successive, multiple prosecutions of the same person for the same crime is prohibited in the United States because of the Fifth Amendment to the Constitution that prohibits the government from prosecuting a person multiple times for the same offense.

Supreme Court Justice Hugo Black wrote about the reasons for the prohibition against “double-jeopardy” in his dissent in the case of Bartkus v. Illinois in 1959.  Justice Black wrote, “fear and abhorrence of government power to try people twice for the same conduct is one of the oldest ideas found in Western civilization.  Its roots run deep into Greek and Roman times.”

David Rudstein wrote in William and Mary Bill of Rights Journal, “in the Roman Republic, an acquittal by a magistrate in a criminal prosecution barred further proceedings of any kind against the accused.”

Yesterday, the Italian appellate court sentenced Amanda Knox to 28 years and six months in prison.  That is a greater sentence than she was given in 2009.  Then, it was 26 years and she served four years of the sentence before being released in 2011. Though not as well known as the double jeopardy prohibition, the Fifth Amendment also prohibits successive punishments where each new sentence is greater than the prior one for the same crime.

La Stampa of Torino is one of Italy’s most widely read newspapers.  This morning an op-ed in La Stampa by Alessandro Perissinotto, a writer and teacher, pointed to Article 530 of the Italian Code of Criminal Procedures which concerns insufficient evidence.  Perissinotto wrote “there is a boundary where you have to stop.”  Given the questionable to unreliable to non-existent evidence in the Kercher case, did Italian justice breach that “boundary”?  Perissinotto seems to think so, writing this morning, “the impression of a conviction at all costs is strong.”

Amanda Knox heard the news of her conviction while in Seattle. The Fifth Amendment prohibition against double-jeopardy may protect her against any, future Italian effort to extradite her.  Legal opinions vary regarding double-jeopardy’s protection in extradition cases, so only time will tell whether Knox will remain free in the United States or have to return to an Italian prison.

Raffaele Sollecito is an Italian citizen, so he is not protected by the Fifth Amendment.  After jury deliberations began yesterday in Florence, Sollecito and his Italian girlfriend got in her car, drove to Venice for lunch, and drove across the Italian border to Austria. Late last night, they returned to Italy and stayed overnight at the hotel Camia Venzone in the town of Udine which is just a few miles away from both the Austria and Slovenia borders with Italy.  This morning Italian police confiscated Sollecito’s passport in Udine.  Now, because of yesterday’s excursion into Austria, Italian authorities may petition a judge to jail Raffaele Sollecito immediately.

Before yesterday’s guilty verdict, Knox’s defense lawyer, Carlo della Vedova, told the media that both his client and Sollecito had been “betrayed” by Italian investigators and compared the law enforcement agents on the Kercher case to Dante’s “traitors” who are frozen in ice in the ninth circle of hell.

But for those of more pedestrian diversions, Alessandro Perissinotto noted that a popular television host once warned that Italians would have to be prohibited from watching the American Perry Mason legal drama because they would get the wrong idea about justice. In his op-ed, Perissinotto went on to say the host's warning “did not imagine” that the Italian idea of justice “could still get worse.”