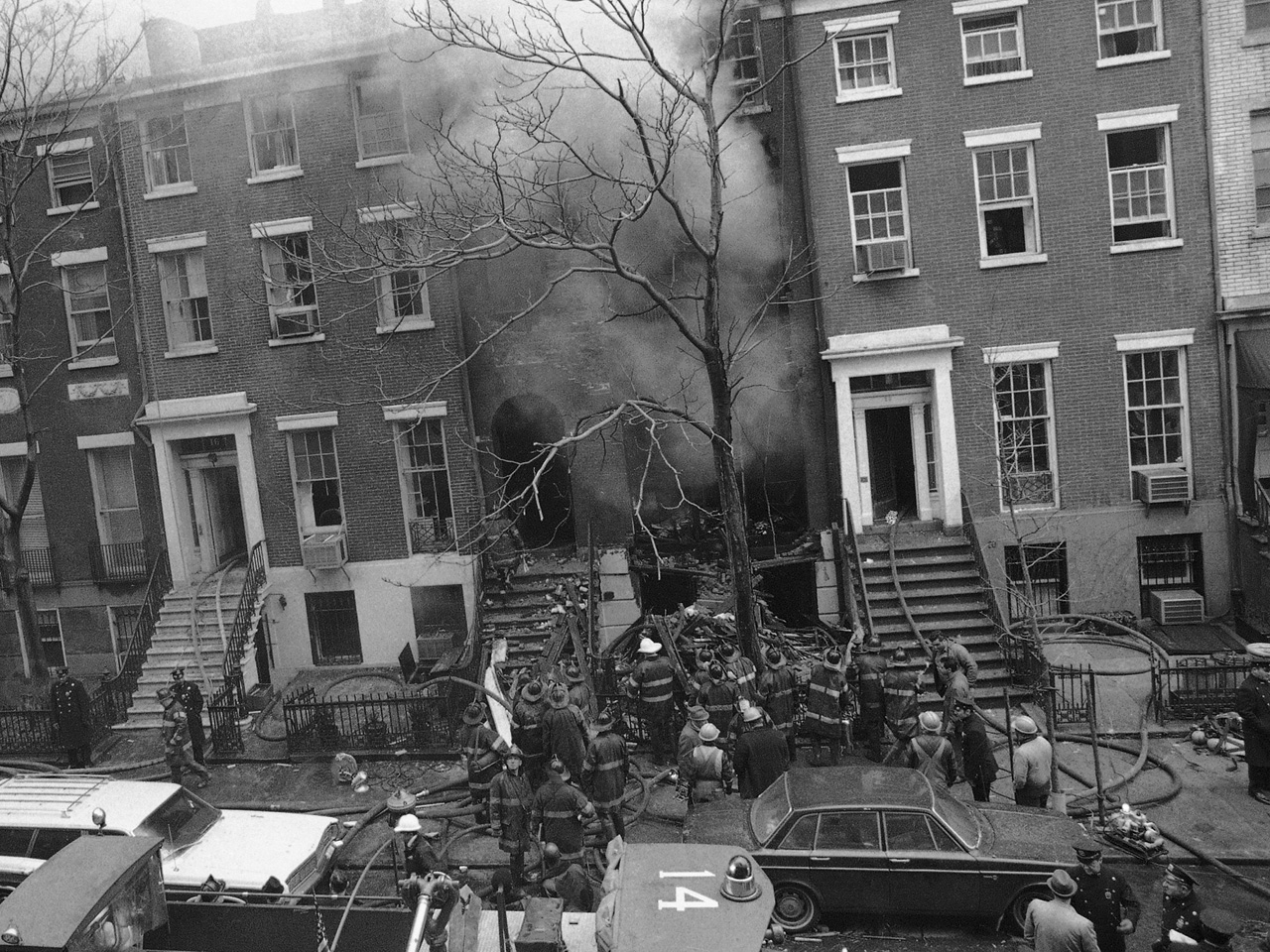 For that was the day a bomb accidentally exploded in a 19th century Greenwich Village townhouse, a building once owned by stockbroker Charles Merrill, one of the founders of Merrill Lynch.

The bomb was being assembled by members of the Weather Underground, a radical left-wing group that took its name from the Bob Dylan lyric: "You don't need a weatherman to know which way the wind blows."

Three members of the group were killed outright.

Two others -- Kathy Boudin and Cathy Wilkerson, whose father owned the townhouse -- survived the blast and quickly fled the scene.

In the confusion that followed, actor Dustin Hoffman was spotted retrieving valuables from his apartment in the townhouse next door.

After years on the run, Cathy Wilkerson voluntarily surrendered in 1980. She would serve less than a year in prison.

More spectacularly, Kathy Boudin was arrested for her role in a 1981 Brinks truck robbery that left three people dead.

She was paroled in 2003, and was later (and not without controversy) appointed an adjunct professor at Columbia University in 2013.

As for the Greenwich Village townhouse, a new owner rebuilt it in the late 1970s in an eye-catching and distinctly NON-nineteenth century style (left).

It's been nearly two years since Adam Lanza opened fire on the school in Newtown, Conn.
Thanks for reading CBS NEWS.
Create your free account or log in
for more features.
View CBS News In
CBS News App Open
Chrome Safari Continue
Be the first to know
Get browser notifications for breaking news, live events, and exclusive reporting.