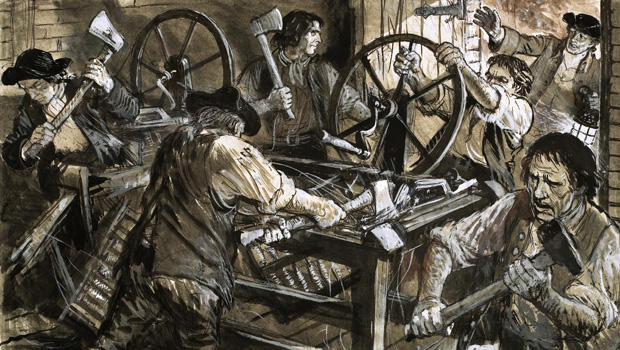 For that was the first day of the Luddite protests in England.

Named for a mythical figure named "Ned Ludd," the Luddites were textile workers who feared automated loom machinery would put them out of work, and destroy their way of life.

They fought back by breaking into textile mills and breaking up the hated machines.

And though the original Luddites are long gone, the word "Luddite" survived.

It's become a catch-all term for everyone, from modern day factory workers concerned about automation, to low-tech traditionalists who reject the prevailing notion that absolutely everyone has to carry a smartphone.

Ned Ludd may have been a legend, but more than two centuries later, the Luddites he inspired -- like them or not -- still carry on.